In Beer Sheva’s Shikún Gimel district, not far from Soroka Hospital, sits a small park dedicated to the Babylonian Jewish Community, as Israelis of Iraqi descent prefer to be called. A little oasis among drab apartment projects welcomes you to a short history lesson, a pretty fountain, and a small yet stately synagogue, built in 1951 by the first Iraqi Jews in Beer Sheva. 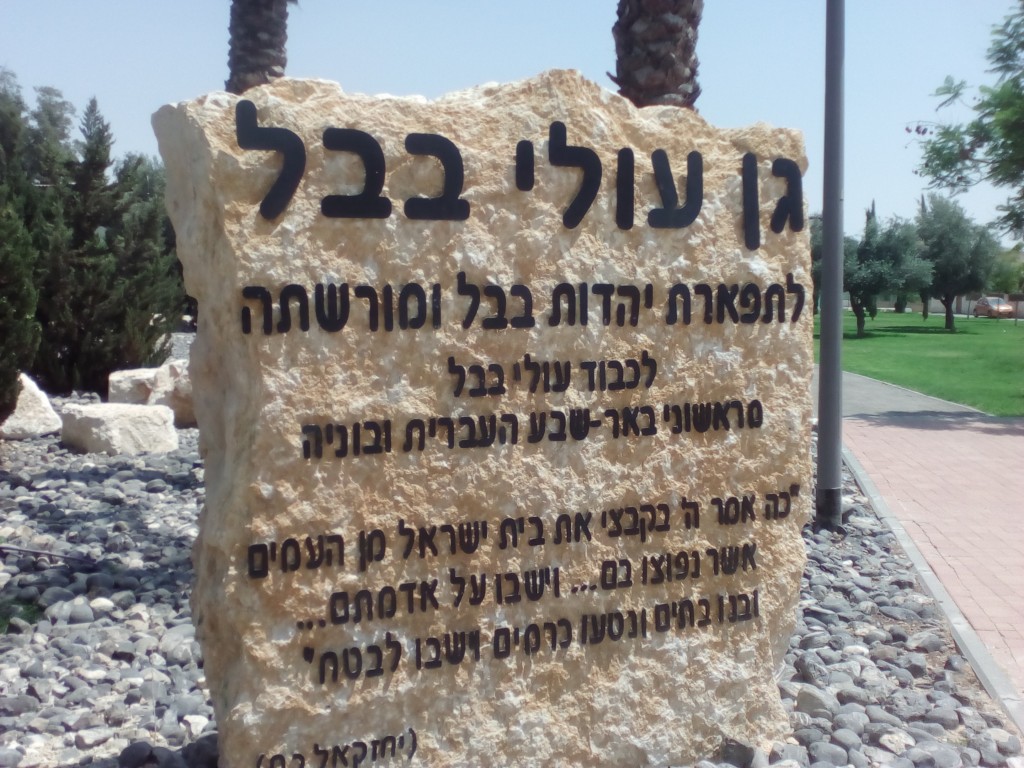 Entrance to the Park (courtesy)

Walking through the park, one follows a sequential timeline as each sign sums up in two or three sentences what must surely be an entire library of history. We travel back to the birth of the community with the Babylonian Exile of 586 BCE. We read of the achievements of the Jews of Bavèl: the great philosophers, their success as merchants and, of course, the crowning achievement of Rabbinic Judaism, the Babylonian Talmud.

For a thousand years, the Babylonian Jewish community was the undisputed leader of the Diaspora. The source of the greatest scholars and decisive ritual law, it was also home to the two great yeshivas of antiquity, Sura and Pumbedita. The community declined significantly after the Mongol conquest in the 13th century, but experienced a resurgence in the 17th century with the opening of trade routes by the colonial powers.

In the mid-20th century, with the establishment of the State of Israel, in the face of brutal persecution, pogroms, and arbitrary restrictions, the Iraqi Jews immigrated to Israel. Today, the number of Jews in Iraq is in the single digits; the proud and glorious 2,600-year-old community is gone.

And here in Beer Sheva is a little park with a noble message written in brief historical summaries. Neither the park nor the wonderful pocket-sized history lesson can do justice to this grand chapter of our people. This is not a critique of the park, but rather a question about how we remember and how we forget: We remember (as well we should) the 12-year horror that was the Holocaust at Yad Vashem, one of the largest and best-funded memorial museums in the world. In contrast, few Israelis and even fewer tourists know of the Babylonian Jewry Heritage Center in Or Yehuda, dedicated to the oldest and greatest community of the Diaspora. We might all be wiser if monuments to our tragedies were smaller and celebrations of our history were larger, but we need them both.

One of my closest friends from childhood, now a noted professor and historian, went to explore the Jewish communities of the Middle East as a young student, photographing synagogues and interviewing the few Jews who remained. In the days of still photos and manual typewriters, he tried to record the grandeur of these dying centers of Jewish life. Afterwards, he shared an observation that has always haunted me: “These beautiful communities, once the center of scholarship, poetry, commerce, and philosophy are all gone. And where are these Jews? They’re in Israel. They are the other side of the coin of the amazing and successful project that is the Zionist Movement. It’s not a bad thing that we have Israel; it’s a miracle. But it came with a price.”

As I finished my paved stroll through history, I gasped a little at the final sign: It reaches back to the beginning of our national narrative in a way that somehow manages to be both proud and humble:

“Beer Sheva was given its name by our father Abraham, the first of the olim from Babylonia. Today’s Beer Sheva was built anew by olim from the many dispersed communities joining together, among them, the Jews of Babylonia, leaving behind them a blessing and a stamp of honor in the history of the city.” 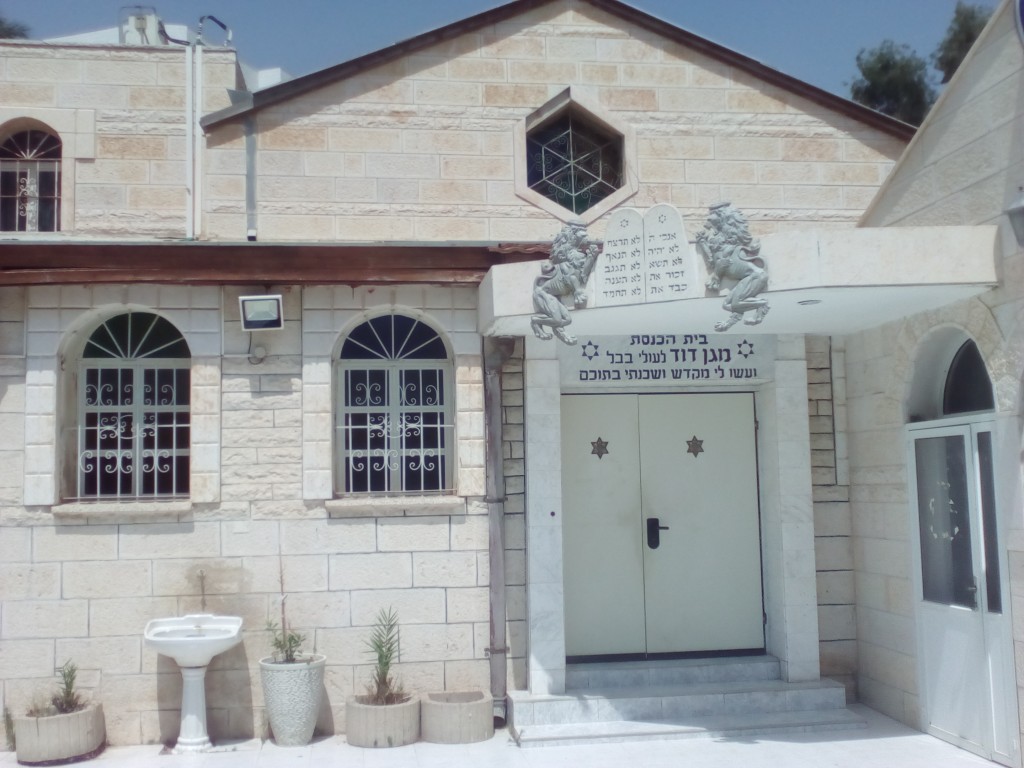 The Magen David Synagogue (courtesy)
About the Author
Bill Slott is a licensed Israeli tour guide who has hiked and biked the length and breadth of the country. Bill is a member of Kibbutz Ketura, where he has lived since 1981 with his wife and three daughters.
Comments