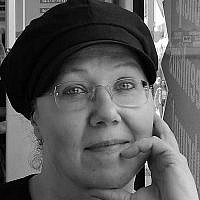 The Blogs
Shoshana Ruerup
Apply for a Blog
Advertisement
Please note that the posts on The Blogs are contributed by third parties. The opinions, facts and any media content in them are presented solely by the authors, and neither The Times of Israel nor its partners assume any responsibility for them. Please contact us in case of abuse. In case of abuse,
Report this post.

If you walk in my ordinances (בחוקתי) and observe my commandments (מצותי) and do them, I will give you your rains in their seasons… (Bechukotai 26:3-4)

Rashi (citing Sifra, Bechukotai 1:1-2) asks what it means that one should “walk in my ordinances.” He explains that this is clearly teaching us that “one should study the Torah laboriously,“ one should learn and observe the laws properly.

Seforno, citing Ezekiel 33:15, learns from הלך החיים בחקת that the one who walks in God’s ordinances “follows the laws of life.”

While on first sight these two verses might lead us to read them mainly as a call for observance and obedience to the laws and prescriptions the Torah gives us, there are two approaches which open another view of understanding these lines.

Rabbi Samson Raphael Hirsch in his commentary on the Torah draws our attention to what humans must do to fulfill their part of the contract with God. He sees the fulfilment of
“ה׳ בחקתי ללכת” and “מצוותיו ועשית שמירת” as the labor God requires of us, namely “to establish the physical, social and political salvation.”

God will add everything else.

Rabbi Hirsch’s invitation is forceful and pleading, calling on us to educate ourselves “by studying and taking to heart God’s commandments to become spiritually enlightened and conscientious people. By “fulfilling His commandments (we) become executors of justice and love.“

God’s will, as understood by Rabbi Hirsch, puts the Jews and their country in “such harmonious accord that nothing will oppose them and everything will work together.” All this is then “nothing else than to promote and complete the realization of the Divine Will on the human earth.“

Rabbi Menachem Nachum of Chernobyl writes in his Torah commentary, “The Light of the Eyes”: “The human form as it exists in the spiritual universe arose first in the divine mind, the World of Thought. Only afterward did God bring it forth in deed as the physical body, just as it was above in the spiritual form.”

Humans live fully, when, as Rabbi Hirsch says, they fulfil the commandments of God.

Rabbi Menachem Nachum of Chernobyl expresses this thought in such a way that “a person must take care that one does not deny both (God’s) thought and deed by transgressing Torah, for (Torah) is the image by which God first conceived the world in his mind.”

According to Scripture, it was exactly in the image of God (Genesis 1.27) that (God) created humans with the “ability to comprehend and to discern” (Rashi ad loc.), which expresses that our likeness is referring to the human intellect rather than to the body.

Rabbi Hirsch’s explanation and the commentary of Rabbi Menachem Nahum of Chernobyl meet in both their linkage of humans created in the “image of God” and the approach of “walking His ways” in loving and mindful observance of the laws given.

Walking also means to “never say that you have arrived; for, everywhere, you will be a traveler in transit” (Edmond Jabès).

Through walking in His ways humans will “become enlightened and conscientious” and come closer to God. Humans will live in the image He created, along the way of studying and taking to heart God’s commandments and such connected to the source of His creation.

They will “acknowledge God in all their ways” and “He will make (their) paths smooth and harmonious” (Proverbs 3:6). They will know and understand their likeness and what it implies and demands.

And according to many of our commentators, they — by walking in His ordinances, observing His commandments and doing them — will then be given also satisfaction in the physical realm, where soul and body meet.

There will be rains in their seasons, and there will be food and drink and sustenance “and all the rest.”

About the Author
Shoshana Ruerup is working as a painter and a Montessori teacher. Since 2021, she has been part of the International Halacha Scholars Program at Ohr Torah Stone. She lives with her family in Berlin, Germany.
Related Topics
Related Posts
Comments