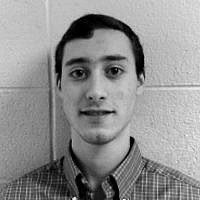 The Blogs
Yaakov Starck
Apply for a Blog
Advertisement
Please note that the posts on The Blogs are contributed by third parties. The opinions, facts and any media content in them are presented solely by the authors, and neither The Times of Israel nor its partners assume any responsibility for them. Please contact us in case of abuse. In case of abuse,
Report this post.

As much as I condemn acts of violence and revenge of any sort, and as much as I feel that to kill a Human Being for any reason (apart from self defense) is despicable. I must also say that in my personal opinion, if not the majority, than a good amount of the blame lies squarely on the shoulders of the political left!

Although every person is wholly responsible for his actions, the fact remains that when a man is pushed too far he begins to behave irrationally. In the current state of this country, having been “pushed too far” is an understatement! Many in this country feel wholly frustrated with the government. Our military is operating with it’s hands tied behind it’s back, and it’s power of deterrence has been fully eroded. Hamas showers rockets upon an ever growing segment of our country with impunity, and our higher-ups do not seem willing to stand behind their own ultimatums.

In a situation like this it is inevitable that some citizens of the country, who have absolutely lost faith in their leaders, will go to the extreme and will do, as the evidence seems to suggest, something over and beyond rationality or sense! It is impossible to expect an entire country to be angelic pacifists. It is the nature of the beast, that when it is pressed too far it rears it’s ugly head.

Personally, I have always had the following problem with the Liberal Attitude, and that is that it seeks to shove the entirety of the blame on the most offensive party, and thus absolve the rest of society and itself from any part of it! It is not always possible to take the high road, and almost always all parties share at least a little bit of the blame.

It is almost laughable the hypocrisy that goes on. What is true about one society is true about another. One cannot say about the one that they are an oppressed society who is just trying to even the odds, and who feel that their actions are the only recourse left to them. While calling out the first for even the smallest acts of outrage and protest.

Finally, as much as I would have hoped that we are better than that, and as much as I am sure that, on a relative scale, we most definitely are. I would not presume to expect more from us than from any other nation. In the end of the day we are all human, and that includes the good and the bad.

So while I believe that it is right to condemn a foul action, once it has been proved to be true, it is also incumbent upon us to reflect on how we got to a situation, where there may be some amongst us that feel so helpless, as to think they need to take the law into their own hands.

May we learn to be strong in face of our adversaries, and may we see the path to peace soon in our time.

About the Author
Born and raised in Chicago until the age of eight, Yaakov made aliyah in 1997. Since then he has lived most of his life in Israel with a brief stint in the states to complete High-School and gain his Bachelors degree. Upon his return to Israel Yaakov joined the Netzach Yehuda battalion of the IDF where he served three years as a field medic. He now studies at Bar-Ilan University in Ramat Gan.
Comments