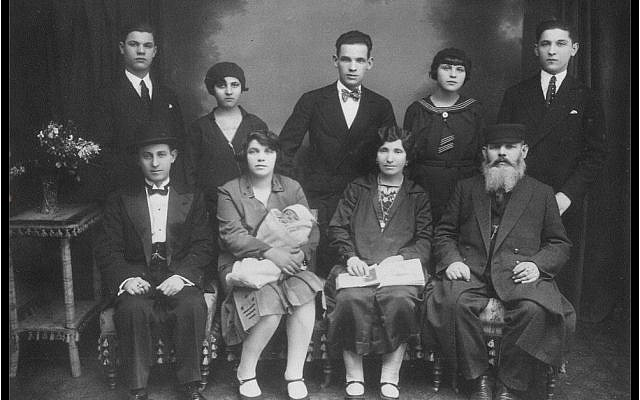 Based on oral family tradition the “Pelta” family name originated in Cordoba Spain. Since that time, all the men in our family (until 1945) were tailors, specializing in fur coats or “pelts” (piel is fur in Spanish).  We could be from the generation of Jews exiled from Israel after the destruction of the Second Beis Hamikdash and are thus survivors or Pe-ley-ta .פליטה Currently we spell our name פלטא, however in the original Yiddish it’s spelled   פעלטא or פעלטע. Some, in Israel, have grossly misspelled our name as פלטה (an electric hot plate!).

We are possibly descended from Spain, probably Anusim (pejoratively called Maranos or pigs by the Catholics). Some members settled in the Netherlands at the end of the 15th century and assimilated. They frequently took to the Protestantism of their Dutch consorts. They were shipbuilders, millers, and cattle farmers in the neighborhood of Delft and Rotterdam. The younger sons went to the sea frequently.

These above described groups of people named “PELTA” flourished over the years, but were later decimated by the plague. In an old document dated 1670 two “de-Peltas” are awarded as skippers of “brigs”, who had sailed with Michel de Ruyter, probably as privateers, named Jan & Jon[athan] de-Pelta. Adam Paulus Pelta [dropped the “de”]  and he is mentioned as scholar at the Leyden University around 1750 as chirurgus (surgeon?) and landowner. One of his youngest sons Wilhem Paulus Pelta was sent to the University of Breslau in 1812, to the famous medical faculty. Wilhelm Pelta volunteered when the “War of Liberation” broke out in 1812 and was decorated. He was made a 2nd lieutenant in the Prussian Liegnitz Fureliers of Bluechers Landwehr.

My Great-Grandfather Jankiel (Yakov) Pelta was born in Koinskie in 1875.  Jankiel Pelta was one of seven children born to Icek Pelta and Golda Mira (nee Waxman) who got married in 1862. Icek Pelta died in 1881 and Golda died in 1888; both are buried in the Konskie cemetery (which is now destroyed and obliterated by the local Polish population). Golda was from Gowarczow. Grandpa Leon had a step-grandmother named Ester Frumeta who died in 1859.

Grandpa Leon Pelta was from a family of six children: three sisters and three brothers.

Grandpa Leon had a cousin named Rywka (Rivka) Pelta, who lived with them and worked in their home. In 1925, she married Moshe Matz and moved to British Mandate of Palestine (Eretz Yisrael). Eventually, they were one of the founders of Kfar Bilu in 1933; located on the edge of the city of Rehovot. They had three children: Yehuda Matz, (name?), and Rina Matz who married Chaim Margolin of Moshav Tel Adashim. They were referred to, at the time, as “Palestinians” (i.e. Jews).

Rina Margolin and Chaim were neighbors with “Raful” Eitan. Former General of the IDF on the Tel Adashim farm in Northern Israel. This farming town, is located north of Afula in the Jezreel valley. Rina was a fighter in the Palmach Galilee Battalion of the Yiftach Brigade. Her unit liberated Tzefat in the 1948 war. Her husband Chaim was one of the founding fighters of Shayetet 13 – the Israeli “Navy Seals”. He served many years including reserve duty up until 1980s. He died in December 17, 2019 and is buried in Tel Adashim. Rina is still living on the Moshav.