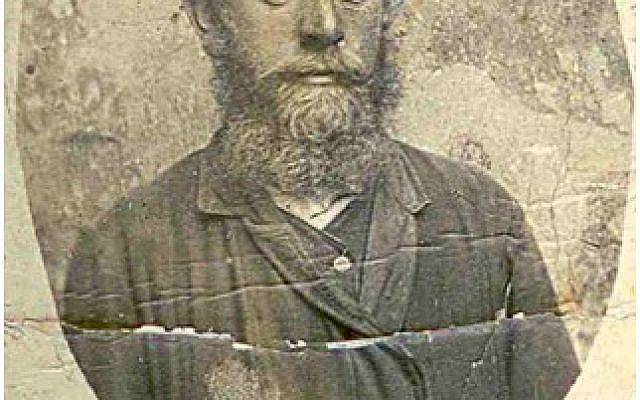 My grandma “Shefka”, as she was known to us, called herself Sabina Pelta. Grandpa Leon occasionally called her “Madame”. Grandma Szyfra was born in Tomaszow Mazowiecki Poland. Her house was located on ul. Handlowej 5 (aka Yoselewickra 5) street or “little street”.

Grandma Szyfra’s father’s name was Berisz (Berish) Jona (Yona) Jurkiewicz who grew up on a farm; he died in at age fourty-eight on June 28, 1930 from a brain tumor. He was an orphan. At the age of five both of his parents died and he was raised in Sulejow by his oldest brother Chaim Hersh and his wife. Their son, Josec, eventually married Szayna Jurkiewicz . Berisz’s extended family lived in Lodz. They were doctors, lawyers, and bankers; none survived the Shoah.

Berisz had three brothers and one sister: Chaim Hersh, Nusen Dovid, Avrum, and Razel. His family was not wealthy. Berisz Jona Jukiewicz married Esther Sarah Hirschberg in 1905, during the Russo-Japanese war. He was drafted into Czar Nikolai Romanov’s Imperial Army during World War One (1914).  His profession was “wagon driver”. However, after WWI he moved the entire family to Tomaszow. In Tomaszow, he opened a business in supplying materials for construction (hardware store). The business was very successful and Berisz had several warehouses around the city.  The business was on the ground floor of their apartment building, next door to the main synagogue.

Berisz Jona was a merchant and started his hardware store business on his own. He was educated in Hebrew and Torah topics. He started his business by delivering limestone (“kalech”) to buildings. He expanded the business and opened a paint store. He was also a grain dealer. He got along very well will the local gentiles. In addition to being an Orthodox Jew, he was also a Hrubieszow Chassid. On Shabbis every child had to participate in singing songs “zimiros” and daven (pray). He had a Melamed teach all of the children how to read Hebrew and daven. They were expected to say the prayers mode-ani, borei nefashos, and Kriyas Shema, everyday. Her brothers were sent to Cheder (school).  Once he died, Szayna and her husband started to manage the store and expanded the business to hardware, paint, and other building materials. All the daughters were expected to help run the family business.

It was very difficult for Szyfra’s mother (Esther Sarah) to raise seven girls on her own, so she hired a maid. The maid’s name was Yenta, and she raised Szyfra. She was an Orthodox Jewish woman with a lot of faith in G-d. Yenta was eventually murdered in a concentration camp together with Esther Sarah.

Grandma Szyfra’s mother’s full name was Esther Sarah Hirschberg (Hershberg); the daughter of Mordke (Mordechai) and Chaja (nee Kellerman). Her maternal Grandfather was Luzer Hirshberg. I guess my middle name (Arie Luzer Pelta) is from this Grandfather. Esther Sarah was born on June 22, 1879. She is rumored to have been murdered in 1945 at the Treblinka concentration camp at the age of 57 years old. Esther had two brothers: Avraham Yakov (“Murphy”) and Yitzchak Shmuel. Yitzchak had two children named Feivish (Philip) and Bronya. Grandma Szyfra had a grandfather named Mordechai Hirschberg.

The first cousin of her mother Esther, owned a bank that was known as “The House of Hirschberg” located on the main street Prochwa in Lodz. During the war this street was renamed re-named “Hitler Straussa”.  Similarly, the German’s changed name of the city of from Lodz to “Litmenstaat”.

Her grandfather’s sister was the first wife of the famous and wealthy Oscar Kon (Kohn) in Lodz. He was known as “The Textile King”; he owned a large factory. In 1929, his son Albert Kon was shot and killed by a Polish worker. The Socialist Poles were vehemently opposed to hiring Jewish workers in their factory. Polish anti-Semitism and the frequent murder of Jews predated the Holocaust. My grandparents would tell me that the Polish hatred of Jews was taught to them from an early age and was given to them “in their mother’s milk”. Polish anti-Semitism persists to this day.

My grandmother’s family consisted of five sisters (of which four were married); and two brothers. Grandma Szyfra was the youngest of the sisters.

1.Szayna (Shayna) Freyda Jurkiewicz – She was born in Lokowice. She married her first cousin Josec (Yosef) Jurkiewicz. Their daughter Ceska was named after Josec’s mother. Szyfra was very close with Ceska, they danced and sang together on many occasions. Josec had musical talent and liked to entertain on the guitar at their home.  Josec’s father (Chaim) and Szyfra’s father (Berish), were brothers. Josec’s remaining family of two brothers and one sister were murdered by the Nazis. In 1940, Szayna had another baby girl named Balcia (after her father Berish).

At the age of thirty-four, Szayna was murdered with her one year old baby Barchala (Balcia) and her eight year old daughter Ceska (Tzeska).  They were shot in the streets of Baranovichi (White Russia) during the Nazi occupation in 1945.

Rabbi Nesanyil added a lot of respect to the Jurkieweicz family.  Her mother had a lot of pride in her son in-law. He gave Drashos to the community. He was opposed to having his picture taken, for religious reasons. For his wedding he gave in to Szyfra’s request for a picture; in order that his parents living in Russia could see what he looked like at the wedding. His parents were not able to attend the wedding. Nisanyil studied Torah every night after the business was closed. He always had yeshiva  Bochurim at their home in order to study together.

Nesanyil, Lifcia and Chajele, were all murdered in a gas chamber of a concentration camp in Germany.

She refused to leave Tomaszow for Baranovichi because she was very attached to her many good quality engagement and wedding gifts. In addition, Yakov Biderman’s father advised them also not to leave, despite the obvious danger in the city under German occupation.

When Szyfra and Leon were in Siberia, they wrote them letters. They stated that during the war they did not intend to have children.  Both were murdered by the Nazis. Yakov Biderman had a brother, who was also a tailor. This brother survived the war and moved to Toronto Canada.

Cemach was in the upholstery business. She was in Siberia together with Grandma Szyfra. Later on, Cemach was killed by the Soviets and Tosia got remarried to Motek Shamez. She moved to San Francisco and was in the real-estate business, similar to my grandparents.

Rabbi Nesanel married my grandmother’s sister Laja . He was a Talmid muvhak of the 6th Lubavicher Rebbe. Yosef Yitzchak Schneersohn (21 June 1880 – 28 January 1950) was an Orthodox rabbi and The Sixth Rebbe. He is also known as the Frierdiker Rebbe (Yiddish for “Previous Rebbe” or the Rebbe Rayatz (an acronym for Rabbi Yosef Yitzchak). After many years of fighting to keep Orthodox Judaism alive from within the Soviet Union, he was forced to leave. Nesanel left Russia with Rav Yosef Yitzchak.

In 1927, Rabbi Yosef Yitzchak was arrested and imprisoned in the Bolshoy Dom in Leningrad. He was accused of counter revolutionary activities, and sentenced to death. A worldwide storm of outrage and pressure from Western governments and the International Red Cross forced the communist regime to commute his death sentence. On the 3rd of Tammuz the Russian Government banished him to Kostroma for an original sentence of three years. This was also commuted following political pressure from the outside, and he was finally allowed to leave Russia for Riga (Latvia), where he lived from 1928 until 1929. Rabbi Yosef Yitzchak’s release from Soviet imprisonment is celebrated each year by the Chabad community. It seems that Rabbi Nesanel left Russia with the Lubavitch Rebbe in 1928.