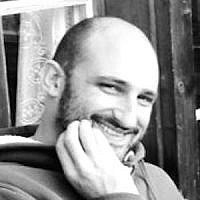 The Blogs
Tal Gryn
Apply for a Blog
Please note that the posts on The Blogs are contributed by third parties. The opinions, facts and any media content in them are presented solely by the authors, and neither The Times of Israel nor its partners assume any responsibility for them. Please contact us in case of abuse. In case of abuse,
Report this post.

Is this who we want to be? Is this what we pictured in our dreams of what could be? Is this the future we wanted? Or has something gone really really wrong?

These are the questions that come to mind every time I open a newspaper or in any way update myself on current events, if I just open my eyes and look around. A far cry from 7th grade social studies class in New York, when we had a daily assignment to clip out a current events piece and write what is going on. Yes, things were a bit screwy but not completely illogical. We used to dream of a better world that we have all worked so hard and some sacrificed so much to achieve, to earn. That’s what they told us, that was the dream they sold us, but where has it gone?

It’s gone… Down the drain, far far away to a place far worse than never knowing it or hoping for it; Losing IT! That is what it feels like. Like the world we all wanted just up and disappeared and no one truly understands why. Governments, institutions, organizations, religions, all the leaders of the western world have absolutely no answers other than some platitudes and words without meaning.

We are living in a conglomeration of George Orwell’s “1984” and Aldous Huxley’s “Brave New World”. The late reporter Christopher Hitchens in his 1999 article “Why Americans are not taught history” wrote, “The hedonistic nihilism of Huxley still beckons toward a painless, amusement-sodden, and stress-free consensus. Orwell’s was a house of horrors. He seemed to strain credulity because he posited a regime that would go to any lengths to own and possess history, to rewrite and construct it, and to inculcate it by means of coercion. Whereas Huxley … rightly foresaw that any such regime could break because it could not bend. In 1988, four years after 1984, the Soviet Union scrapped its official history curriculum and announced that a newly authorized version was somewhere in the works. This was the precise moment when the regime conceded its own extinction. For true blissed-out and vacant servitude, though, you need an otherwise sophisticated society where no serious history is taught.”

Like in in the quote above we are turning into a dystopian society too busy with our own rubbish to care about anything, even what is being done to us. To being drowned in so much information that the truth has disappeared, but scarier by far is the infusion of this world with a world that is the exact opposite and is as in 1984 a world where everything will be done to change history, to own it with whatever lies are needed. That world is Islam.

As in the quote above the Soviet Union might have failed because it could not bend, but it also failed because we in the free world had not yet succumbed to the “true blissed-out and vacant servitude” that we are at today. Today as anyone can see on University campuses across the world or in the mainstream media, the blissed-out and vacantly servile population is accepting the lies spoon fed to them by the “1984 house of horrors” that is militant/radical Islam, we even have extreme progressive liberals who fight tooth and nail for this. These are the same people who spend their days fighting for the rights of everyone but themselves and people like them. That would be us the western world, the free world, the civilization that has learned from thousands of years of history but unlike other cultures did something with what we learned and worked to create a civilization of humans who are better than what we had been, and now that is all flittering away because we are literally to busy caring about Kim Kardashian and not what is happening around us.

This is not happening by accident, but through a proactive campaign bent on a revisionist retelling of the history of our world, it is meant to change our most fundamental understandings of our own culture to slowly but surely defeat us, or better yet to help us defeat ourselves. Whereas Orwell warned us about those who would burn books, Huxley warned us about not wanting to read books anymore. Put those two things together and you have a very volatile mix and then end of the present world order.

I have been preaching an agenda for years that says the following, identity is the corner stone of any healthy society and when a society has lost its identity it can be lead down any rabbit hole. An excellent example taken directly from the current state of world affairs would be the cultural clash between the civilizations of the Western World and Islam. The west has lots and lots of freedom but has given up its identity to the alter of revisionism, pluralism, and political correctness, while Islam has lots and lots of identity with no freedom. It could be said this is one of the main reasons why Muslims who grew up in the west are fighting tooth and nail to destroy the west. The west has lost its identity and a human without identity is like a boat adrift in a huge ocean. With this we have to ask ourselves what is identity? “Is it the starting point or ending point of liberty

If human identity is separated from human nature, it is an ending point” (Douglas W. Kmiec)

What this should tell us is that identity and freedom are related. Firstly, we should aim to have both; because when we have freedom with no identity we are a ship lost in a wide ocean with no compass, when we have identity with no freedom we are slaves to those who dictate the identity. How to achieve this has best been identified and incorporated in the U.S.’s Declaration of Independence in the most famous line, “We hold these truths to be self-evident, that all men are created equal, that they are endowed by their creator with certain unalienable Rights, that among these are Life, Liberty, and the pursuit of Happiness.” How can all men be created equal? If we look at the equality of man through the view of the nature of man we can find an equality more equal than all the equal rights we talk about today. Acceptance of our human nature as an integral and intrinsic part of our human identity makes our identity the starting point of liberty.

About the Author
Tal Gryn is an Israeli born, U.S. raised, university educated entrepreneur and world traveler. He returned to Israel thirteen years ago to live the belief that Israel is worth it and it is his responsibility to be a part of it. He has a penchant for clarifying complex ideas into workable ones.
Comments