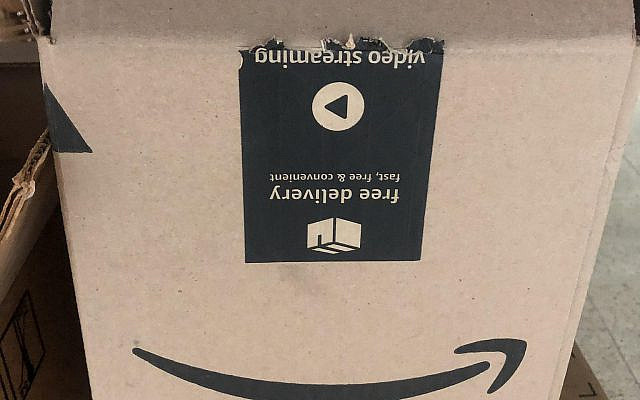 Throughout the year of the coronavirus lockdown we were confined to our homes and could not venture out into stores, markets or shopping malls. Attending a performance at a theatre or a concert, or even the cinema was strictly forbidden, and even a café or restaurant was out of bounds.

That was a difficult time for many people. After all, man — and especially woman – is a social animal. That was when the internet became our salvation. Quite apart from sending and receiving emails from all and sundry, there was also the consolation provided by Facebook, WhatsApp, Zoom and other social media, enabling us to interact – albeit via the computer, iPad or smartphone screen – with other human beings. Those so-called human beings might in some cases have been robots, but still, we were made to feel that we were not completely cut off from the outside world.

Entertainment was also supplied by the television, Netflix, and other providers of programmes and films, so that our social and cultural desert was not totally devoid of interest.

Another of the consolations provided by the internet was on-line shopping. I don’t know about everyone else, but my screen ‘feeds’ constantly contained images of desirable garments, books, items of furniture, gadgets and sundry items with which someone out there sought to entice me. Most of the time I managed to resist the temptation, but , I must confess that there were occasions on which I succumbed.

For instance, how could I possibly resist a sweatshirt on which my name was emblazoned? My name isn’t a very common one, and so it seemed that this was providential. Using the very efficient Paypal scheme, I sent the money to the address provided and some months later was summoned to the local post office package delivery depot, to collect it.

The items I ordered from Marks and Spencer’s almost always arrived promptly, were well-packed and delivered in an efficient and pleasant way. I’ve learnt from bitter experience not to buy any cheap toys from China, however attractive they may be. Friends have told me that Ali Express is also quick and efficient, but I don’t seem to be on their radar, and I’d rather keep it that way.

Some other items were impossible to resist. So I ordered an illustrated book from a very inventive and ingenious company in the Netherlands which produced a tailor-made A-B-C book for my granddaughter, utilizing the letters of her name. The book was a great success, so I ordered another of their books, this time for her fifth birthday, once again tailor-made using the letters of her name. The idea was charming and the illustrations delightful. When the book hadn’t arrived in time for her birthday, as promised, I contacted the company and asked what had happened. They apologized and sent me the tracking number, telling me that the book was now in Mevasseret. I duly went to the post office package delivery depot, showed them the tracking number and there it was! Because the package didn’t have my phone number on it, the P.O. hadn’t been able to send me an SMS saying that it had arrived. So why do I have an address?

Some items never arrived, and in those cases I notified the seller, and was able to get a refund. One lone company ignored my demand for a refund, and since I had bought the item through eBay, I asked eBay to deal with it. Their reply was that since more than 21 days had passed, the case was closed. But here Paypal came to my rescue. I spoke to their representative on the phone, they opened a dispute for me, and within a day or two informed me that I would be getting a full refund. Luckily, they take responsibility for purchases made via their service, and this period extends to several months.

I would advise anyone buying anything via the internet to make a note of the name of the company, the date of purchase, and all relevant reference numbers when making the purchase. At my advanced age I can’t rely on my memory to keep track of that kind of thing any more. And the emails I kept did sterling service when it came to getting refunds.