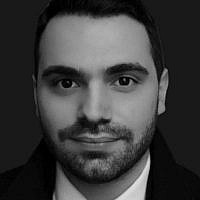 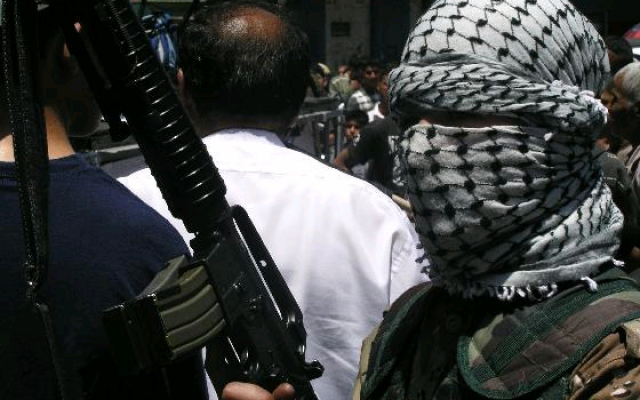 The original Arab-Israeli conflict has drifted over time into a Palestinian-Israeli conflict to become today a perpetual conflict between Israel and Hamas, where changes in the political paradigms of the Middle East are constantly threatened by the Palestinian authorities’ education for war towards their population. War and resentment in Palestine are hereditary.

Since 1948, the hostility between the Arab countries that refused to coexist peacefully with the recently created Jewish state has given rise to one of the conflicts with the greatest media coverage, but with the paradox that it does not even come close to matching the wars within the Islamic world that have resulted in the greatest number of fatalities. If we were to look even at Palestinian sources, its war with Israel would have resulted in between 50,000 and 52,000 fatalities, which is less than the 400,000 to 500,000 massacres in Syria perpetrated by President Bashar Al Assad and his partners in Tehran and Moscow since 2012.

Deaths are not relative, nor is history, nor are facts. The Palestinian war with Israel is, so far, one of the conflicts that has caused the fewest deaths and generated the most diplomatic progress.

The Zionist movement accepted the UN partition even though it knew there were and are no arguments to prove Palestinian ownership of the territory; it withdrew unilaterally from the Sinai Peninsula; it signed peace agreements with Egypt after years of war; it signed peace agreements with the PLO even though that organisation’s founding charter did not claim interest in that seemingly mythical Palestine; it withdrew from southern Lebanon, even though the PLO’s founding charter did not claim interest in that mythical Palestine; withdrew from southern Lebanon even in the knowledge that Iranian-funded Hezbollah missiles are aimed at his country; has offered the Palestinian authorities almost all of Judea and Samaria and Gaza, a proposal ultimately rejected by them; in 2006 completed a unilateral withdrawal from the Gaza Strip; offered two-state agreements; invited peace talks and made considerable progress on agreements such as the Abraham Accords.

These diplomatic advances, in the form of political, economic or strategic rapprochements, have earned Israel an enormous effort that has often been underestimated or misunderstood by an international community that, even with the evidence, fails to strongly condemn Hamas attacks on Israeli civilians.

But why, after seven decades of conflict and countless improvements in relations between Israel and the Arab states, is there no definitive solution to the so-called Palestinian question? Because the obstacles imposed by the Palestinians themselves condition any kind of agreement.

Unlike Israel, for the Palestinian authorities the war does not feel so bad if you can be the object of huge amounts of humanitarian aid money that will end up funding the anti-Semitic content of the Palestinian-controlled territories of Judea and Samaria or Hamas’s own missiles in Gaza.

The first obstacle is that the territories under Palestinian administration are today a hotbed of anti-Semitism and where young people are being prepared, physically and mentally, to never give up war.

The concept of martyrs cannot be viewed through the lens of cultural relativism that guarantees impunity to certain sectors under a false scheme of oppressors and oppressed; nor can it be understood as a part of the Islamic faith that is today usurped by extremists and political Islamism, given that a vast majority of the more than 1.5 billion Muslims around the world want peace.

The concept of martyrdom in the Palestinian-controlled territories is, in particular, a claim to death that should be intolerable in the 20th century.

As with every attack perpetrated in Israel, jubilation hits the Palestinian streets in the form of sweets and honking horns, encouraging the population, including the youngest, to cheer for spilled Israeli blood. Suddenly, anyone oblivious to the issue might hear about this and ask: but why didn’t I ever hear this? Simply because the deaths are relativised.

The silence, unfounded by fear, of Westerners towards the atrocities of Palestinian Arab terrorism is being paid for by the drip-feed of attacks on the streets of Israel and committed, also, by Palestinian citizens who are allowed to enter the Jewish state to work.

Both in the Gaza Strip, the territory under the iron fist of the Hamas terrorist grouping, and in Judea and Samaria, in those territories administered by the Palestinian National Authority, it is Palestinian government officials themselves who extol the figure of slain terrorists by visiting their funeral campaigns or financially supporting relatives or those who may have been imprisoned in Israeli prisons.

It is a highly metaphorical way of acknowledging, under the façade of resistance, that Palestinian leaders hand out hefty rewards to every terrorist who commits attacks against Israelis.

How long can the West remain impartial to Arab-Palestinian terrorism? More than seven decades of an utterly unsuccessful war for the Arabs, who were always defeated by Israel, have thrown Western governments into a position of willing servitude to the very Palestinian authorities who perpetuate the conflict.

Western countries, with growing pockets of anti-Semitism camouflaged in the false flag of anti-Zionism, have become incapable of recognising Israel’s right to self-defence and of understanding, even in a general way, the real risk to humanity as a whole if the Jewish state finally succumbs to Arab-Palestinian terrorism.

About the Author
Master's Degree in International Politics from the Complutense University of Madrid. Interested in transnational terrorism, organized crime, radicalism and the fight against anti-Semitism.