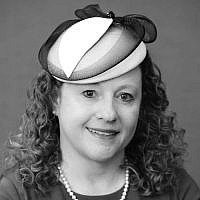 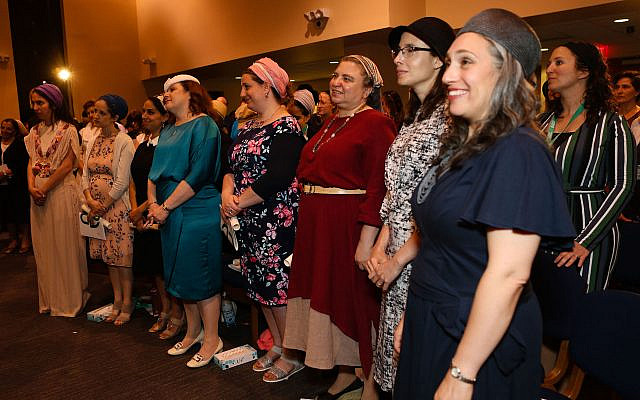 On January 20, 2021, Kamala Harris was inaugurated as the vice president of the United States, and with that, came many firsts. First woman, first Black American, the first woman of South Asian descent. And while those adjectives are historic and breathtaking, the most striking to me was her age, 56. Downright middle-aged. Granted, compared to her boss President Biden, who, at 78, is the oldest president ever elected, VP Harris can be seen as almost youthful. She exudes a healthy, no-nonsense image that has been achieved by years of study, hard work and life experience. While not yet a senior citizen and no longer a woman beginning her career or family, she finds herself in politics — the one place where a woman of experience and wisdom is valued and frankly, can get a job.

In the broad Jewish communal world — from Hillels to think tanks, to Jewish Federations and synagogue positions, the focus is indeed to include more women in leadership positions and the situation is most certainly improving. Even more exciting is the public support of female Orthodox clergy. There is no doubt that there is still an immense amount of work to be done to not only get women into the C-suite, but also to change the culture that makes it so difficult for women to get and stay there.

But there is a dirty little secret in our Jewish community that very few talk about. If you are over 50, if you are not in the 25-40 demographic, you might as well forget it. And don’t even bother if the job requires you to work with people younger than you are.

When I was a student at Yeshivat Maharat, many Jewish organizations that support female leadership would invite us to participate in their programs, seminars and retreats. They came with the expressed excitement to finally be able to count among their ranks clergy cohorts that included women from the Orthodox community. With great anticipation, I would read these flyers and get ready to apply only to find in the not-so-small print an age limit, usually 21-35, or occasionally a 40-year-age cap. Yes, these organizations want Orthodox Jewish women, but only if they are young.

(To see what happened to a colleague of mine, Rabbanit Michal Kohane, when, as head of a Federation, she simply suggested that programming focus should not only be for the young, please read.)

One such program that truly wanted more Orthodox participation was a certain women’s only retreat. This retreat stressed in its advertising that it was totally inclusive of all Jewish women. But reading further down the page, as I now, unfortunately, had trained myself to do, I saw that indeed it was inclusive for all women as long as they were between the ages of 21-30. Frustrated by the age limits, I contacted the woman in charge of the retreat and asked her bluntly how her group could advertise it was inclusive when it obviously was not. Her honest response was that since her retreat was being funded by a group that only caters to young Jews, they could not extend the age limit. While I was told that the goal was to truly be inclusive, so that all women could learn from one another, her group was limited by her funders. The same funders want to see more Orthodox Jewish female clergy participation — but only of a certain age.

Other reasons for age caps given by other groups that I have called out — again groups who supposedly want to increase Orthodox female leadership in their ranks — have been less honest, and some bordered on the ridiculous. One non-profit told me that the reason its programming was limited was that it was thought that older women do not like being with younger women. This answer, in addition, to not only being untrue and unfounded, plays directly into the misogynistic tropes of women not being able to get along with each other. While the head of this non-profit did eventually agree with me and changed the age cap, it would not be reflected in any promotional materials because it would upset the funders — those same funders who only want young people.

The most upsetting response was from a major Jewish non-profit, who told me that the reason why a field fellowship — a fellowship meant for those who have had some experience — was capped at the age of 43 was to prevent flooding of applicants. A flooding of applicants? Perhaps male Orthodox clergy, but female? If only there would come a time when we might have an infinite number of female Orthodox clergy applying for such a program. Again, for an organization that supposedly wanted to support Orthodox female clergy and leadership growth, it had very little understanding of who my colleagues and I are, our history, and some of the barriers to our success.

Yeshivat Maharat, where I proudly learned for four years to receive my semikha, my rabbinic ordination, began in 2009. In its 12 years, it has ordained 43 women. While many of my colleagues came to Maharat straight from college or graduate school, a number of us, especially those in the “Advanced Kollel: Executive Ordination Track,” are older than 35, as are many of the women in the “Core Semikha” program. While I might have decided to attend Maharat after graduating college, that opportunity at the time simply did not exist. Women, in general, because of the realities of life and life choices and greater life expectancy, rarely stay at one job forever. So many women, and men now too, have more than one act. A religious vocation has been one area where both men and women of all faiths have found a place to have that second act. This calling came for many later in life because their experience and wisdom could truly be valued and valuable.

But for all the reasons that made my older colleagues and me good students, we saw quite sharply that, in hiring, those qualities were not only undervalued, but, on some level, even disdained. This has become more clear as I am still seeking meaningful employment. Some of the jobs I have applied to have an implied, if not blatant, age bias attached to them. The biggest offenders are those entities that serve young people, especially those of college and post-college age. There is a completely wrong-headed idea that older people — especially older women — could not and would not be effective in attracting young people to programming. That the “cool factor” is just not there and there is no way an older person could relate. That of course is a ridiculous notion, as life experience and wisdom may be the very things a young person is seeking, especially at those sometimes precarious times of life. Such organizations, schools, and agencies seem to only worry about attractiveness to get young people in the door — even if that flies in the face of the values they supposedly support.

Indeed, in times of crisis, as has been my experience and others, it can be crucial to have access to someone who has been around the block that can be balanced, not just someone whose skill set revolves around manufacturing and marketing cute, trendy, camera-ready moments for Instagram and Tik Tok. In synagogues and other institutions that are multigenerational, the experience is crucial to not only bring groups in and keep them there, but also to have them interact with one another.

Another stumbling block in hiring regards experience. I applied to an agency that was looking for clergy for its main position. The agency patted itself on the back that it would consider rabbis who had graduated from many different rabbinical schools, including Yeshivat Maharat. But there was a catch in that the job required 10-15 years of formal synagogue experience. At the time, no such graduate of Maharat could have fulfilled that requirement since 10 years had not elapsed from the time Maharat ordained Orthodox women to the time of the application. And while I served as a gabbait for a Women’s Tefilah Group for over 20 years, answered many halakhic and pastoral questions to the close to 1,000 students I taught for the Melton program, this aggregate informal experience was not seen as legitimate. So while the agency looked progressive in opening the hiring search to Maharat, it turned out that the call for applicants was infuriating window dressing.

Paradoxically, I am at a sweet spot in my career. For me (and I realize this does not hold true for all post-menopausal women), I now have the most education, formal training, and life experience. Since my children are grown, my home responsibilities are far fewer and I have the most time to devote to my career. Especially for synagogue jobs, I am at a time in my life where I can easily work with all the constituencies that are typically found in congregations. Having grown up in synagogues, as my father was primarily a pulpit rabbi when I was a child and teenager, I have first-hand knowledge of all the highs and lows of rabbinical life and the know-how to navigate the most challenging. While many may think that someone my age could not bring new energy or vision to the table, science suggests that this might be the most creative time for many women.

Ageism, while enough of evil unto itself, also highlights a burgeoning problem for the Jewish community and society at large that segregates communities based on age. One of the strengths of our tradition is the importance of generations helping and strengthening one another. It is more than just about continuity, it is about living together and learning with and from one another. Our people have survived not because of handing wisdom down from generation to generation, l’dor va’dor, but rather from seeing the collective wisdom in every generation, b’chol dor va’dor and every era that includes people of all ages. And while it is not practical to have all ages all together all the time, we should be looking for opportunities for all members of the community to come together. But for this to happen it would require a change in thinking about age in general from hiring to programming to planning.

In the end, obviously, I would like to be hired. But, if that does not work out, following Vice-President Kamala Harris and many others, I may just have to run for office.

About the Author
Rabbi Marianne Novak recently received Semikha from Yeshivat Maharat. She lives in Skokie, IL with her husband Noam Stadlan. She is an educator for the Melton Adult Education Program and a Gabbait for the Skokie Women's Tefillah Group.
Related Topics
Related Posts
Comments