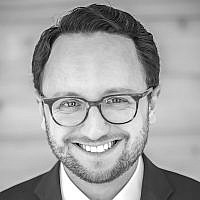 The Blogs
Roy Feldman
Apply for a Blog
Advertisement
Please note that the posts on The Blogs are contributed by third parties. The opinions, facts and any media content in them are presented solely by the authors, and neither The Times of Israel nor its partners assume any responsibility for them. Please contact us in case of abuse. In case of abuse,
Report this post.

In every generation, one must regard himself as though he, personally, had gone out of Egypt.

Why should we view ourselves as though we, ourselves, went out of Egypt, and why should we tell and retell the story each year? Sefer HaChinukh provides the traditional answer (Mitzvah 21):

Since it is a sign and a total proof for the creation of the world and that there is a primordial God that has will [and] ability: He controls all of what exists and it is in His hand to change them according to what He desires at any time…

The Exodus represents a watershed in the history of the Jewish people: through it, the Israelites became a nation and our ancestors were introduced to God and to the Torah. It was how God showed us that He would be with us and protect us at all times.  That theme emerges from many parts of the Seder: We are the Jewish people, we were slaves in Egypt, and God led us out of there. We identify with our ancestors who went out of Egypt in order to reaffirm our commitments to God and the Jewish people.

But the story we tell at the Seder also serves as a foundation of Jewish ethical behavior. My teacher, Rabbi Yuval Cherlow, is fond of noting that so many of our Mitzvot (commandments) are explicitly outgrowths of our experience as slaves and strangers in Egypt.  Shabbat, for example, is “zecher litziyat Mitzrayim,” a reminder of the Exodus from Egypt. As slaves, we had no Sabbath; as free people, we, our families, our animals, our employees, and our servants are all entitled to one. We know what it’s like not to have a day off and we are commanded to improve the world by ensuring proper rest for everyone.

And the Torah reiterates several times that we should have concern for the stranger, to love the stranger and not to oppress the stranger or treat him poorly. After all, we were strangers in Egypt; we know firsthand what it means to be treated as a stranger—literally, we “know the soul of the stranger.” The list of ethical commandments connected with our Egypt experience goes on.

But shouldn’t everyone treat others with respect, humanity, and dignity, regardless of background? Why does the Torah relate those actions to our experience in Egypt? Any ethicist would surely advise that it’s right to treat foreigners kindly whether or not I happen to have been a foreigner myself!

Here’s the answer: while these ethical claims may be true conceptually, actual ethical behavior is linked to empathy. It is only natural for our empathy toward another to be greater when we have personally suffered what they are suffering. Furthermore, we are more likely to behave ethically and treat others with compassion when we have experienced the same thing and thus can properly empathize. That is why the Torah relates those Mitzvot to our experience in Egypt: It’s true that in theory we should love the other and not oppress him whether or not we were strangers in Egypt, but a propensity for those attitudes comes naturally to one who himself was once an “other.”

Therefore at the Seder, “In every generation, one must regard himself as though he, personally, had gone out of Egypt.” Why? Sure, to strengthen our communal bond with the Jewish people and our belief in the Almighty. But more than that, to influence our ethical lives. The Torah assumes that our ancestors had a special kind of empathy toward others in light of their experience in Egypt.  If we wish to develop a similar sense of empathy, we must feel as though we, ourselves, were slaves and strangers in Egypt too. Once we can empathize, we are more likely to be considerate of and kind to others.

About the Author
Roy Feldman is Rabbi of Congregation Beth Abraham-Jacob in Albany, New York. Prior to that, he was Assistant Rabbi at Congregation Kehilath Jeshurun in New York City and taught Judaic studies at the Ramaz Upper School. He has studied at and holds degrees from Yeshivat Petach Tikva, Columbia University, and Yeshiva University. Rabbi Feldman believes that a rabbi’s primary role in the twenty-first century is to articulate, embody, and exemplify the reasons why traditional Judaism remains relevant today.
Related Topics
Related Posts
Roy Feldman
Comments