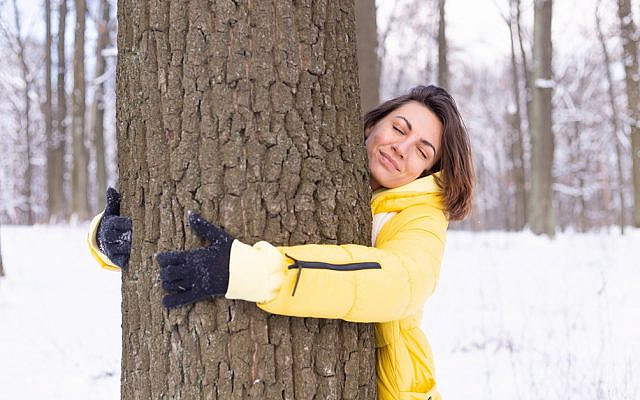 Theosophy and the mystical traditions of various religions are based on the universal principles of respect for life and friendship for all beings.

Esoteric philosophy enables people to have the direct perception that the entire universe is alive and intelligent, although there are countless kinds of consciousness and intelligence that we cannot always perceive or detect.

“Esoteric philosophy teaches that everything lives and is conscious, but not that all life and consciousness are similar to those of human or even animal beings.” [1]

Such a broad view of the world leads us to a practical understanding of the law of universal brotherhood, and Judaism teaches:

This idea is taken to a broader context by one of the great Jewish philosophers of all time, Judah Leon Abravanel. Also known as Leone Ebreo, Judah was born in Lisbon around the year of 1460 and died by 1530. He was the son of the statesman and philosopher Isaac Abravanel.

Following the steps of Pythagoras and Plato, Judah anticipated Blavatsky in expanding the idea of universal love so as to include much wider circles than our humanity. He wrote about a boundless brotherhood which encompasses all beings and things, including even stones. He wrote that stones and other objects have their own occult kind of vitality, being capable of love and (magnetic) affinity.

“Everything is moved by love of its own origin and generative element. You will also see the stones and metals generated by the earth, when they are away from it, seek it with haste, and never stop until they come to rest in the earth, as little children look for their mothers, and only with them are they at peace.”

“The earth generates them with love, and keeps and preserves them. Plants, herbs and trees have so much love for the earth – their mother and generator – that without corruption they never wish to be separated from their mother. Indeed, with their roots they embrace the earth lovingly, like children do with their mother’s bosom. And this earth, like a tender mother full of charity and love, not only generates them, but continually nourishes them with its own moisture, drawn from its viscera to the surface to sustain them, as a mother when she draws milk from her womb to her breasts to nurse her children.” [2]

These ideas are dear to students of modern theosophy.

A Master of the Eastern Wisdom taught in the 1880s that the Cosmic Consciousness is present in every pebble. Referring to the Universal Consciousness, the Raja Yogi wrote to a lay disciple:

“Bearing ever in mind the wise old adage, ‘As below so above’ – that is, the universal system of correspondences – try to understand by analogy. (…) In this day on this present earth in every mineral, etc., there is such a [universal] spirit. I will say more. Every grain of sand, every boulder or crag of granite, is that spirit crystallized or petrified.” [3]

Friendship is a cosmic principle. Affinity has no boundaries, and Judah Leone uses these words to describe the feeling of harmony among celestial bodies:

Mutual help, says Judah, is the law of the interaction among celestial objects:

“Indeed, they seem to be different members of one organic body, rather than different separate bodies. As it is with different voices, one sharp another grave, a single song that is pleasant to the hearing is generated, and if one note is missing, the whole song or harmony is destroyed. In the same way these bodies that differ in magnitude, motion, weight, and light, because of their proportion and conformity, produce a harmonious proportion, and it is so unified that if the smallest part is missing, the whole is ruined.”

Such a basic principle is essential to modern ecology.

“…This conformity in nature is the cause of love in the celestial bodies, not only as with different people, but like the organs of the same person. So, just as the heart loves the brain and the other organs and gives them life and natural heat and spirits, and the brain provides nerves of perception and motion to the other organs, and the liver provides blood and veins because of the love that they have for one another and which each of them has towards the whole as to its own part, and since this love is stronger than any love for another person, so the parts of heaven love each other with natural conformity and, cooperating in unity of purpose and function, they serve one another, fulfilling each other’s needs in order to make a perfectly organized celestial body.” [4]

Affinity, justice and equilibrium are therefore central parts of the universal Law. Every lack of equilibrium will be compensated in due time, for balance is dynamic and not static. Error is part of our journey toward perfection.

Unfortunately, such a basic teaching is not unanimous and mankind has yet to stop boycotting its own learning.

The Disease of Denying Brotherhood

Erich Fromm makes a revealing diagnosis of the disease of necrophilia, the contempt for life, the worship of machines, and the cult of life-denying objects in general.

The problem with necrophilia is not in the use of machines in itself, but in their worship, in the cult of technology for technology, and in the feeling – often subconscious – of contempt for life. Examples of necrophilia are movies centered on violence, usually called “action movies”, and electronic games in which the fancy of killing people and other violent acts is stimulated.

Necrophilia is both the cause and the result of destruction of forests, mistreatment of animals, pollution of rivers and oceans, contamination of the air, arms race and the production of absurd arsenals of nuclear weapons. It is at the origin of the desperation that leads some to commit suicide. It is also present in the practice, advocacy and propaganda of abortion and euthanasia. It is not a necessary product of overpopulation, since we have had examples of highly populated societies where life was cherished and preserved, and of scarcely populated places where senseless violence was common.

As a psychic illness and emotional abnormality, necrophilia or contempt for life is not limited to extreme cases like an Adolf Hitler or a Benito Mussolini, as Erich Fromm lucidly warns in his book “The Anatomy of Human Destructiveness”. [5] It goes beyond the criminal actions of fanatical terrorists.

Necrophilia or death worship is fueled by the practice of hate and negative thinking in any situation. As a mental illness, it is both individual and collective, or cultural. It may express the final decay of a nation, or civilization.

“By nature humans love each other, as well as do other animals of the same species; and especially if those humans come from the same country or land. But humans do not have as firm and certain love as animals have. The most ferocious and savage animals do not use cruelty with those of the same species; a lion does not prey on another lion, nor does a snake inject poison into another snake. Humans, instead, receive more evils and murders from other humans than they do from all other animals and adverse things of the universe. Human enmity, deceit and weapons kill more humans than all other accidental and natural things.”

What is the source of disrespect for life? Leone Ebreo answers:

“The reason for the deterioration of the natural love between humans is greed and concern for superfluous things. Hostility is generated out of these things, not only between distant people from different countries, but also between those of the same land, of the same city, of the same household, between brothers and brothers, between fathers and sons, between husband and wife. To this must be added other human superstitions, which are the causes of cruel hostilities.” [6]

It can be stopped before a civilization is completely ruined. As an antidote for this sickness, the practice of respect for all forms of life must be developed.

Biophilia, an attitude of love for life, is produced by social practices and philosophies that enhance one’s personal affinity with the vital processes at different levels of Nature.

It is therefore advisable to perceive the presence of sacredness in all things. It is appropriate to talk to the stars and love the infinite, unlimited cosmos. On the terrestrial level of life, which is also sacred, it is healthy to recognize that humans are brothers of frogs, turtles and other animals. Trees are our sisters. Hugging them and talking to them is normal, while producing nuclear weapons is a sickly attitude to be healed by common sense. We must be realistic and severe in gradually, cautiously liberating ourselves from the disease of disrespect for life.

We are children of rivers and oceans. We are members of the small family formed by our solar system.

On a larger scale, we are grandchildren of the Milky Way. One day we will know a little more about the Local Group of Galaxies and the flow of the Spirit in that Space. Right now we can humbly accept the wordless essence of all things, and live the lasting peace present in our own souls.
_______

[2] From the book “Dialogues of Love”, by Leone Ebreo (Judah Abravanel), whose first edition was published in Italian in the year of 1535. We use the edition of the University of Toronto Press, 2016, 440 pages. See page 87.

* “Getting Rid of Rousseau’s Delusion”.

* “A Few Lessons from George Orwell”.

* “The Philosophical Value of Democracy”.

* Click and see other articles in this blog at The Times of Israel.