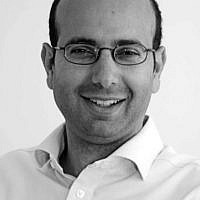 The Blogs
Raphael Zarum
Apply for a Blog
Please note that the posts on The Blogs are contributed by third parties. The opinions, facts and any media content in them are presented solely by the authors, and neither The Times of Israel nor its partners assume any responsibility for them. Please contact us in case of abuse. In case of abuse,
Report this post. 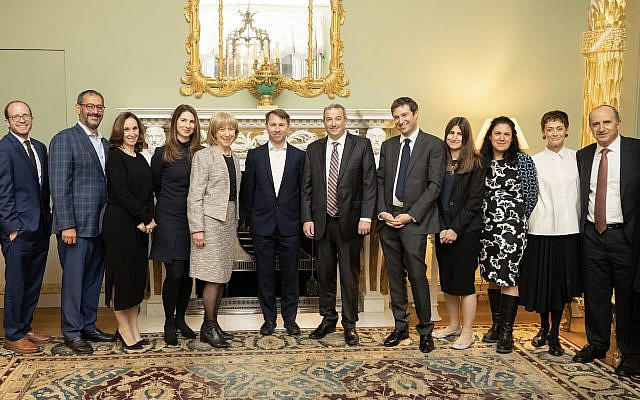 Great leaders relentlessly look ahead,. For them, the future is full of opportunity and the past is a treasure-trove of valuable lessons. Directly after a meeting or completing a task, Rabbi Lord Jonathan Sacks would often say: “What’s next?” quoting Jed Bartlet’s adage from the fictional TV series The West Wing.

And so, a year after the passing of Rabbi Sacks in which people have been reminiscing about meaningful encounters with him, and sharing his thoughts and writings, what’s next? Organisations around the world, including Yeshiva University in New York, Hebrew University in Jerusalem, and the London School of Jewish Studies (LSJS) are in the process of launching major long-term projects to further the Torah of Rabbi Sacks.

He did not want people to simply follow him, he wanted them to critically engage with his ideas. Rabbi Sacks had an amazing ability to frame the challenges of the day and chart a pathway forward. Six months into the pandemic he wrote: “What will be the shape of a post-Covid-19 world? That will be the defining question of the years ahead. Will we use this unparalleled moment to re-evaluate our priorities, or will we strive to get back as quickly as possible to business as usual? Will we have changed or merely endured?”

Of course, he is right, but I fear that we are too pressured and weary, and that the appetite for deep reflection and forward-thinking is limited. And yet Rabbi Sacks
will not let us off the hook. “You are not expected to complete the task, but neither are you free to stand aside from it.”

Taken from Ethics of the Fathers (2:21), that was the mission statement of his first decade as Chief Rabbi. Indeed, I can never forget the challenge he set for Anglo-Jewry at the end of the landmark Traditional Alternatives conference he organised at LSJS (then Jews’ College) back in 1989 – “To make sure that every child has a Jewish education, as intellectually demanding and inspiring as the best secular education. To teach us how to be Jews in our secular involvements as well as in our private lives. To teach us what it is to create a society… based on ‘compassion, justice and righteousness, because these are what I desire, says God.’ To teach every Jew, left, right and centre, to find his or her place in Torah. Above all to rise above the smallness and recapture the greatness of Torah that once inspired every Jew by its grandeur, its compassion, its sheer nobility… Because from here on in there are no excuses.”

How are we doing with that? Have we begun to achieve this? Rabbi Sacks had high standards, he wanted the best for us, but he understood this would take time. And he was never more passionate than when he spoke about Jewish education. The urgency of his message lives on.

So what are we going to do about it?

What are you going to do? What’s next?

υ Rabbi Dr Raphael Zarum is the dean of London School of Jewish Studies. In partnership with Jewish News, LSJS has just completed a year of fortnightly lectures about the Torah of Rabbi Sacks taught by his students, all leaders in their own right. The lectures are all available on the LSJS website. Later this month, LSJS begins a weekly online Torah class based on the writings of Rabbi Sacks, see www.lsjs.ac.uk for more information