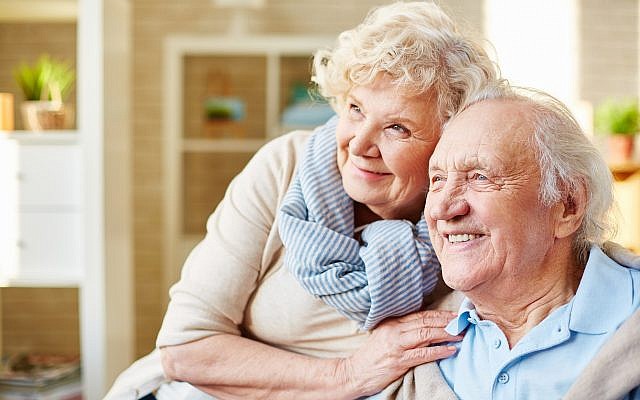 From time to time, couples come to see me before their wedding. Sometimes they ask me whether I have any advice to give them as to how to make their marriage strong. In reply I give them a simple suggestion. It is almost magical in its effects. It will make their relationship strong and in other unexpected ways it will transform their lives.

They have to commit themselves to the following ritual. Once a day, usually at the end of the day, they must each praise the other for something the other has done that day, no matter how small: an act, a word, a gesture that was kind or sensitive or generous or thoughtful. The praise must be focused on that one act, not generalized. It must be genuine: it must come from the heart. And the other must learn to accept the praise.

That is all they have to do. It takes at most a minute or two. But it has to be done, not sometimes, but every day. I learned this in a most unexpected way.

I have written before about the late Lena Rustin: one of the most remarkable people I have ever met. She was a speech therapist specializing in helping stammering children. She founded the Michael Palin Centre for Stammering in London, and she had a unique approach to her work. Most speech therapists focus on speaking and breathing techniques, and on the individual child (those she worked with were on average around five years old). Lena did more. She focused on relationships, and worked with parents, not just children.

Her view was that to cure a stammer, she had to do more than help the child to speak fluently. She had to change the entire family environment. Families tend to create an equilibrium. If a child stammers, everyone in the family adjusts to it. Therefore, if the child is to lose its stammer, all the relationships within the family will have to be renegotiated. Not only must the child change. So must everyone else.

But change at that basic level is hard. We tend to settle into patterns of behavior until they become comfortable like a well-worn armchair. How do you create an atmosphere within a family that encourages change and makes it unthreatening? The answer, Lena discovered, was praise. She told the families with which she was working that every day they must catch each member of the family doing something right, and say so, specifically, positively and sincerely. Every member of the family, but especially the parents, had to learn to give and receive praise.

Watching her at work I began to realize that she was creating, within each home, an atmosphere of mutual respect and continuous positive reinforcement. She believed that this would generate self-confidence not just for the stammering child but for all members of the family. The result would be an environment in which people felt safe to change and to help others do so likewise.

I filmed Lena’s work for a documentary I made for BBC television on the state of the family in Britain. I also interviewed some of the parents whose children she had worked with. When I asked them whether Lena had helped their child, not only did each of them say, “Yes,” but they went on to say that she had helped save their marriage. This was extraordinary. She was, after all, not a marriage guidance counselor, but a speech therapist. Yet so powerful was this one simple ritual that it had massive beneficial side effects, one of which was to transform the relationship between husbands and wives.

I mention this for two reasons, one obvious, the other less so. The obvious reason is that the sages were puzzled about the major theme of Tazria-Metzora, the skin disease known as tzara’at. Why, they wondered, should the Torah focus at such length on such a condition? It is, after all, not a book of medicine, but of law, morality and spirituality.

The sages spoke more dramatically about lashon hara than any other offence. They said that it was as bad as committing all three cardinal sins: idolatry, incest and murder. They said that it kills three people: the one who says it, the one he says it about and the one who listens to it.[1] And in connection with Tazria-Metzora, they said that the punishment fitted the sin. One who speaks lashon hara creates dissension within the camp. Therefore his punishment as a metzora (a person stricken with tzara’at) was to be temporarily banished from the camp.[2]

So far, so clear. Don’t gossip (Lev. 19:16). Don’t slander. Don’t speak badly about people. Judaism has a rigorous and detailed ethics of speech because it believes that “Life and death are in the power of the tongue” (Prov. 18:21). Judaism is a religion of the ear more than the eye; of words rather than images. God created the natural world with words and we create or damage the social world with words. We do not say, “sticks and stones may break my bones but words will never harm me.” To the contrary, words can cause emotional injuries that are as painful as physical ones, perhaps more so.

So Lena Rustin’s rule of praise is the opposite of lashon hara. It is lashon hatov: good, positive, encouraging speech. According to Maimonides, to speak in praise of people is part of the command to “love your neighbor as yourself.”[3] That is straightforward.

But at a deeper level, there is a reason why it is hard to cure people of lashon hara, and harder still to cure them of gossip in general. The American sociologist Samuel Heilman wrote an incisive book, Synagogue Life, about a Modern Orthodox congregation of which, for some years, he was a member.[4] He devotes an entire lengthy chapter to synagogue gossip. Giving and receiving gossip, he says, is more or less constitutive of being part of the community. Not gossiping defines you as an outsider.

Gossip, he says, is part of “a tight system of obligatory exchange.” The person who scorns gossip completely, declining to be either donor or recipient, at the very least “risks stigmatization” and at the worst “excludes himself from a central activity of collective life and sociability.” In short, gossip is the lifeblood of community.

Now, not only Heilman but probably every adult member of the community knew full well that gossip is biblically forbidden and that negative speech, lashon hara, is among the gravest of all sins. They also knew the damage caused by someone who gives more gossip than he or she receives. They used the Yiddish word for such a person: a yenta. Yet despite this, argued Heilman, the shul was in no small measure a system for the creation and distribution of gossip.

Synagogue Life was published 20 years before Oxford anthropologist Robin Dunbar’s famous book, Grooming, Gossip and the Evolution of Language.[5] Dunbar’s argument is that, in nature, groups are held together by devoting a considerable amount of time to building relationships and alliances. Non-human primates do this by “grooming” — stroking and cleaning one another’s skin (hence the expression, “If you scratch my back, I’ll scratch yours”). But this is very time-consuming and puts a limit on the size of the group.

Humans developed language as a more effective form of grooming. You can only stroke one animal or person at a time, but you can talk to several at a time. The specific form of language that bonds a group together, says Dunbar, is gossip — because this is the way members of the group can learn who to trust and who not to. So gossip is not one form of speech among others. According to Dunbar, it is the most primal of all uses of speech. It is why humans developed language in the first place. Heilman’s account of synagogue life fits perfectly into this pattern. Gossip creates community, and community is impossible without gossip.

If this is so, it explains why the prohibitions against gossip and lashon hara are so often honored in the breach, not the observance. So common is lashon hara that one of the giants of modern Jewry, R. Yisrael Meir ha-Cohen (the Chofetz Chaim) devoted much of his life to combating it. Yet it persists, as anyone who has ever been part of a human group knows from personal experience. You can know it is wrong, yet you and others do it anyway.

This is why I found Lena Rustin’s work to have such profound spiritual implications. Her work had nothing to do with gossip, but without intending to, she had discovered one of the most powerful antidotes to lashon hara ever invented. She taught people to develop the habit of speaking well of one another. She taught them to praise, daily, specifically and sincerely. Anyone who uses Lena’s technique for a prolonged period will be cured of lashon hara. It is the most effective antidote I know.

What is more, her technique transforms relationships and saves marriages. It heals what lashon hara harms. Evil speech destroys relationships. Good speech mends them. This works not only in marriages and families, but also in communities, organisations and businesses. So: in any relationship that matters to you, deliver praise daily. Seeing and praising the good in people makes them better people, makes you a better person, and strengthens the bond between you. This really is a life-changing idea.

Ed. Note: Between Pesach and Shabbat Hazon (right before Tisha B’Av), Israel and the Diaspora are not aligned for Parshat Hashavua. As an Israel-based newspaper, The Times of Israel will stick with the parsha read in Israel (which will be read in the Diaspora the following week). Those in the Diaspora may find Rabbi Sacks’ post for their current parsha via his list of posts (click on his name, above).

In any relationship that matters to you, deliver praise daily.

Seeing and praising the good in people makes them better people, makes you a better person, and strengthens the bond between you.