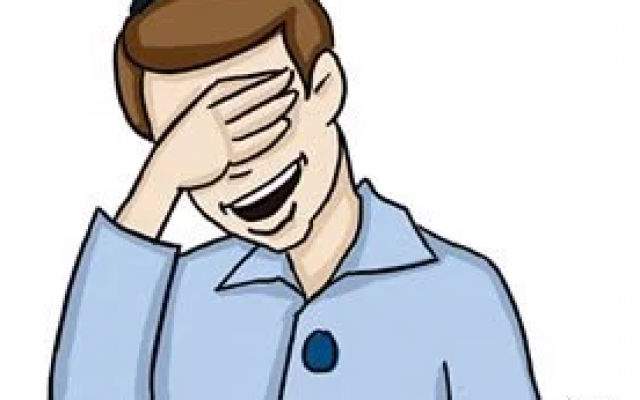 In the year 1939, during the bloody Bolshevik revolution and the subsequent Communist oppression, the Russians decided to take a census of their people. On the survey, there was a question about whether the individual believed in God. Many Jews were afraid to answer in the affirmative, which might adversely affect them.

Rabbi Levi Yitzchok Schneerson (1878–1944), rabbi of the Ukrainian city of Yekatrinoslav (known today as Dnepropetrovsk), father of our Rebbe, Rabbi Menachem M. Schneerson, presented a fiery speech in the synagogue. “Whoever responded he does not believe in God is considered (in the eyes of God) a denier of God.” As a result of this speech, many went to the offices of the census and requested to change their answer they had already submitted.

This speech cost Rabbi Levi Yitzchok Schneerson quite a bit. His subsequent banishment to exile in a remote village in Kazakhstan ultimately led to his untimely death.

When he was asked by the officers of the law enforcement agency of the Soviet Union, the NKVD, how he dared encourage people to answer in the affirmative, he responded cleverly and with sharp wit, “Is not this in the interest of the government that people answer honestly?”

The Talmud asks, what the most powerful verse in the entire Bible might be and offers three possibilities. One is the verse, “Hear oh Israel, the Lord our God the Lord is One.”

The Torah at large is considered the “wisdom and understanding of all nations in the world,” and a medium through which “you are connected to God your God (and therefore), you (people), live eternally.” Thus, this verse — “Hear oh Israel…” — must contain within it the most profound Godly wisdom and understanding and the most potent, most powerful means through which a person can become connected with Almighty God!

The Torah tells us that when the Jewish people went out to war, there was a special priest who would announce encouragement to the soldiers. One of the pronouncements he made was that any soldier who said the “Shema Yisroel” (“Hear oh Israel…”) every morning and night would, through this act alone, generate the merit to be victorious at war.

In our prayers, we implore God, “May He turn from His place in compassion toward His people who affirm the Oneness of His name, evening and morning twice each and every day saying Shema ….in love…”

We read in the Torah that there were six cities of refuge that would protect a murderer from anyone who wished to avenge the death of the murdered. Our sages tell us these six cities translate spiritually into the six words of the “Shema Yisroel” — Shema, Israel, Adonai, Elohainu, Adonai, and Echad. “Hear oh Israel, the Lord our God the Lord is One.”

The Rabbis are telling us that when someone says (meditates on) these six words with concentration, the words serve as a spiritual sanctuary, protecting this person from the dangerous forces lying in wait, ready to suck in whoever is weak enough to be dragged down the pit of darkness and gloom.

What exactly is the Shema Yisroel all about?

Rabbi Shlomo (1738-1792), the Chassidic Rebbe in the town of Karlin, Russia (near Pinsk), was granted the power of seeing all the wanderings of souls in their various incarnations. He would often teach, “A Jew must regularly thank God for all His kindness and good, and should constantly say everything is good, and so it will be. Like a little child who boasts in front of his father that his father is good-hearted and merciful — would a father ever wish to argue or refute the point?”

Shema Yisroel passionately encourages us to appreciate that there is nothing but God everywhere. Not just any God, but one God, indivisible, who is the same everywhere, in his infinite qualities. This takes much effort, concentration, and study.

The name “Lord” in Hebrew represents the force that is greater and higher than nature. The words “our God” in Hebrew refer to the dimension of God that is personal, existing inside each creation according to its limitations.

The power in this statement, which must be repeated twice daily by all men, is the awareness that everything in the world is the greatness and goodness of God.

Living in this frame of mind connects us with the strength of this most powerful verse.