One of the challenges of the past year has been the restrictions on celebrations, the postponement and limitations on bar mitzvahs and weddings. We’ve been Simcha starved! It has been a special joy to celebrate so many bar mitzvahs and weddings over the past weeks. Enjoying the beautiful chupah and wedding of Taryn Silver and Joshua Hurwitz on an exquisite Melbourne day last Sunday got me thinking again about the power and perplexity of marriage.

It was Voltaire who said, ‘Marriage is the only adventure open to the cowardly’. The truth is that marriage demands an extraordinary amount of courage. It is not for the faint of heart. Good marriages ultimately depend on the boldness of both partners, their willingness to share their most intimate secrets, and their capacity to be transparent and open about their fears, disappointments and dreams.

From its very inception, Judaism has recognized marriage as one of the most exciting and exacting challenges of life. The Book of Genesis is not only about the creation of the world. It is also about the genesis of the word and the birth of relationship, the struggle to love and live with other human beings. Bereishit encapsulates both the toho vavohu, the wasteland of human relationships, and the vayehi ohr, the extraordinary hope and power unlocked each time we connect with another.

“Therefore a man leaves his father and clings to his wife.” (Gen. 2:24). The process of joining must be preceded by a leaving. This enables the closeness and wholeness of an intimate relationship: “And they shall become one flesh”.

When individuals have not successfully detached from their parents, the possibility of a mature adult relationship is limited (and this contributes to the failure of many marriages). How ironic it is, suggests psychologist Margaret Mahler, that you need to leave a loving home in order to build your own loving home.

This is alluded to in the Hebrew letters (dalet, bet, kuf) that form the word “to join or cling”, davak. When transposed, the letters spell out the word badak (bet, dalet, kuf) which means “to search”. Only an inner search for identity allows for closeness with another.

A related idea is evident in God’s earlier decision to create a partner for Adam. “And the Lord God said: it is not good that man should be alone. I will make him a helpmate”. (Gen. 1:18).

On this point, Rabbi Joseph Soloveitchik asks: “Why was it necessary to create a lonely man? Why was social man not created at the outset?” He responds that the awareness of being alone is responsible for the singularity of human beings. “Social man is superficial; he imitates, he emulates. Lonely man is profound; he creates, he is original.” The first human being had to be created alone in order to discover his own unique power. A superb sense of selfhood is nurtured in the stillness of the heart and aloneness of the soul.

Singularity, no-matter how well-developed, is not completeness. Human beings need each other to discover shlemut or wholeness. So God says: “I will make him a helper, an ezer kenegdo”. A relationship is formed and community finds its origin. It is through words that we usually make that first contact. Adam reaches out of his aching solitude in wonderment:

And the man (Adam) said

At last this one is it!

Bone of my bone

Flesh of my flesh

And she shall be called

For this one was taken

Words thus link Adam to Eve and create the world’s first recorded poem and its first couple. More importantly, these words reflect the need to recognise the other in order to know ourselves more deeply.

The Malbim suggests that it is in this verse that Adam discovers he is an ish (the word is not used previously), a human being with a unique identity and endowment, more than just an adam, a homo sapiens species co-extensive with the animals he has just named. He discovers himself and the poetry of his being only when he perceives the otherness of the woman.

The Torah takes this a step further. In a marriage the husband and wife should share common dreams (as the word ezer implies) but remain kenegdo – different, mysterious and, to a degree, incomprehensible. This is more than the physiological differentiation of the first chapter of Genesis where they are merely zachar unikeva (male and female). They are now ish and isha (man and woman), two strong and defined individuals with their own special fire, aish.

This is a true open marriage – being open to one another’s differences. On a mundane level, this means that contrary opinions of husband and wife are natural and should be valued.

In my years as a Rabbi I have always insisted that couples I marry do pre-marital work (on the understanding that the wedding is but a moment and marriage a lifetime). To this end, I utilise a pre-marital programme called Prepare, which was constructed by three USA academics and psychologists, Olson, Fournier and Druckman, in 1981 and which has been updated and revised several times. The programme which is now online utilises a questionnaire with some 160 questions ranging from personality issues, conflict resolution, and communication skills to the role of family, the sexual relationship and spirituality.

The results highlight both strengths and “growth areas” of the couple and allow them to immediately explore their ability to talk right (communicate) and fight well (conflict); their practical skills in things like financial management; their relationship with their own families; their own personal issues; and their commitment to community. In my experience this pre-marital tool is a down-to-earth way of engaging some of the finest ideals and deepest ideas of marriage.

Maimonides describes three levels of relationship. First, a “pragmatic relationship” (chaver le-ezrah or ledavar) is a utilitarian association where people need each other for practical benefits, as in a business partnership. When their mutual needs cease, their friendship lapses.

Secondly, an “empathetic friendship” (chaver lid’agah) is a comradeship involving a caring responsiveness, a sharing of innermost feelings. Life’s burdens are lightened, and its celebrations are heightened in an emotional closeness that is rooted in faith and confidence. Such friendships are grounded and enduring.

Finally, a “value relationship” (chaver l’de’ah) is an association which allows for the deepest level of friendship to thrive, for besides their commitment to each other, they share a dedication to a noble ideal. Theirs is a unity of purpose and a joining of dreams. Their relationship is deepened as they transcend their personal concerns.

Rabbi Soloveitchik explains that a strictly utilitarian marriage is inherently fragile. A meaningful marriage must, at the least, partake of the second level, which reflects a depth of feeling for each other. But it is only with the addition of the third level that a marriage assumes a nobility of purpose.

The strength of a marriage lies in the fact that two lonely, incomplete human beings share a common destiny with all its joys and sorrows. They create a new world filled with verve, colour and light. 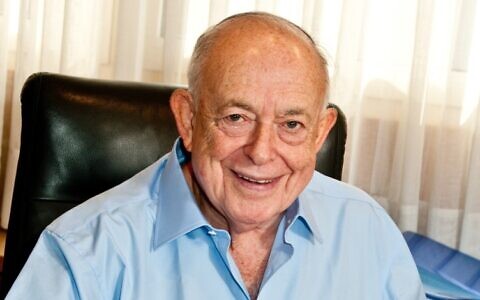 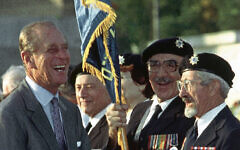 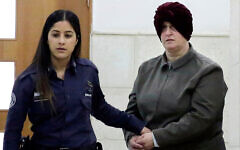 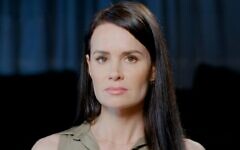 Moore-Gilbert: ‘I support the right of Israel to exist’
Evan Zlatkis 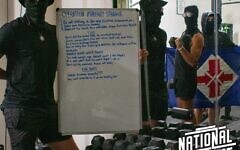 Call to ‘Breed out Jewish race’ 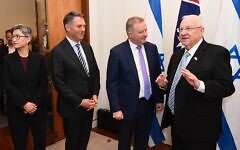