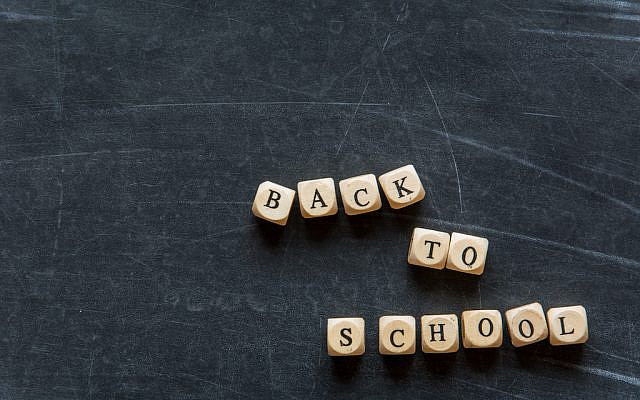 We have a law here in Israel guaranteeing free education from age 3, through the completion of high school. That free education costs me between 3000-5000 shekels per child once we got to high school. And I’m not the only one in the country paying for free, public education. And I’m not even paying the most. It’s not really legal and it’s not really illegal. Parents, like me, are forced into a fantastic loophole in the law of free education that blackmails me to the tune of thousands of shekels to allow my children to receive their rightful education. I’m either being held hostage or blackmailed, or perhaps both.

We don’t have the population to support a national religious middle/high school in Yokneam Illit. Not even a mixed boys-girls school. And that’s okay.

Our kids are able to attend nearby schools in communities with sufficient numbers of kids or who can provide a regional option. Any other set up would be an egregious waste of educational resources. And here’s where the price starts adding up. And where parents find themselves between a rock and a hard place.

Sometimes kids can make use of public transit to get from one community to another. There obviously have to be limits to the length of the commute, the number of bus lines necessary, and the walking distance at both ends of the trip. Up to 90 minutes of a commute, on no more than 2 bus routes (i.e., one change mid-route), with no more than a quarter kilometer walk on either side, strikes me, and many parents as a reasonable set of parameters. The Ministry of Education doesn’t outline it that well, but rather offers a general statement about the presence or availability of public transit. This is where the loophole begins to loosen up.

The Ministry of Education, in it’s official publication (it’s in Hebrew), makes it clear that they will provide a middle/high school student between 50-85% of a monthly bus pass on public transit! The expectation is that the municipality will make up the remaining 50-15% in all their glorious generosity, but it is not explicitly required! The poorer your municipality, the more the government kicks in, but never the full 100%. And our 11th and 12th graders are entitled to even less than the younger kids. The logic of that last bit escapes me completely.

For those who have an option of a national religious school that is on a reasonable public transit route, this is indeed a viable option. But what about for those who don’t have that as an option? Many communities are not well linked between each other, and certainly not to schools nestled in bucolic corners of towns, with accessible bus stops. And I’m not even getting into the patchy bus schedules we often see here. In that case, which is the case for my children and their classmates from town, we have arrived at that expensive loophole.

The parents have the pleasure of paying for a school bus service, even though the Ministry of Education guidelines say it’s not allowed. For the students from Yokneam Illit who learn at Kfar Hasidim, a 15 minute drive down the road, a daily bus line costs the school nearly 6000 shekels per student per year. Most of that charge is passed on to me as a parent. And I don’t really have much choice other than to pay it, or, well, homeschool. I guess.

I, along with a few other brave parents, spent a great deal of time this year battling (because that’s the only way to describe it) our local municipality and the Ministry of Education. The school was most certainly supportive and did what they could to offer an addition discount and wait patiently while we raised a ruckus at city hall. In the end Yokneam agreed to pay 3000 shekels per student (including the already guaranteed payment from the Ministry of Education for a bus pass). I wish I could agree with everyone who was so amazed that we were able to secure such a generous level of support and funding from the city. I just can’t. It’s not generous at all. It’s miserly and disrespectful to parents. The amount of time and then ultimately the amount of money that we all spent on this process is offensive. Most parents don’t engage in this battle because they are too tired, too busy, or too disillusioned to believe that the city must pay for this transportation.

(A caveat: families can choose schooling options outside of their towns that are in fact available in a similar form in their town. We did that for two years, previously. In that case parents should be on the hook for transportation.)

Unfortunately, whether intended or not, this situation quickly becomes one of discrimination – either intended or otherwise. Families wanting a religious education for their children are often forced to pay extra for that education. In our case, our other options are a boys-only Yeshiva, which has an extra tuition cost of around 4000 shekels, with a school bus paid for by the municipality. The girls-only school, nearly twice the distance, also has annual fees that are higher, closer to 4000 shekels a year, with a fully funded bus. A Yokneam family who wants a religious education will have to open their pocketbook and lighten it significantly, one way or another. I understand this to be the situation in other communities as well. All this for a legally guaranteed “free” education. The accusation of discrimination should not be necessary to ensure a equal and free education for children. And yet, all too often, it is.

This is bigger than me and my children and much larger than my municipality and our school. This loophole is holding back our children and harming the quality of their education. Instead of putting funds into the classroom, schools have to put it into subsidizing bus routes because asking parents to pay the full amount of the bus route is just too much.

And you know who pays in the end? Our kids. Which means the future of the country, too. We will soon reap the rewards of an underfunded and poorly funded educational system. This transportation loophole is just one of many, and we have to work harder to close them all. For the integrity of our educational system and for the basic respect to parents.