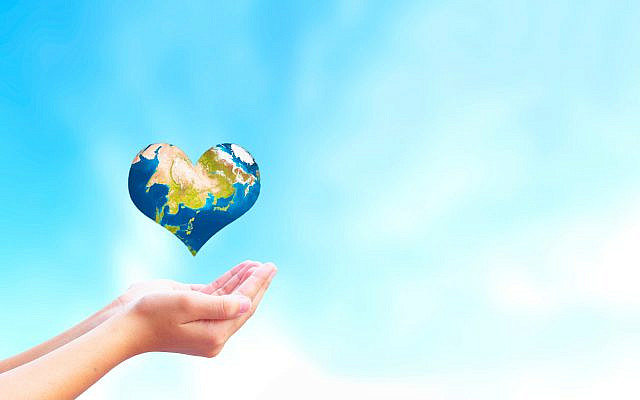 Sacrifices, the subject of this week’s parsha, were central to the religious life of biblical Israel. We see this not only by the sheer space devoted to them in the Torah, but also by the fact that they occupy its central book, Vayikra.

We have not had the sacrificial service since the destruction of the second Temple almost 2000 years ago. What is deeply relevant today, however, is the critique of sacrifices we find among the Prophets of the first Temple. That critique was sharp and deep and formed many of their most powerful addresses. One of the earliest was delivered by the Prophet Samuel: “Does the Lord delight in burnt offerings and sacrifices as much as in obedience to the Lord’s command? Surely, obedience is better than sacrifice, compliance than the fat of rams” (1 Sam. 15:22).

Amos said in the name of God: “If you offer Me burnt offerings—or your meal offerings— I will not accept them; I will pay no heed to your gifts of fatlings … But let justice well up like water, righteousness like a never-ending stream” (Amos 5:21-24). Likewise Hosea: “For I desire goodness, not sacrifice; obedience to God, rather than burnt offerings” (Hosea 6:6).

We find a similar critique in several Psalms. “Were I hungry, I would not tell you, for Mine is the world and all it holds. Do I eat the flesh of bulls, or drink the blood of goats?” (Ps. 50:8-15). “Lord, open my lips, and let my mouth declare Your praise. You do not want me to bring sacrifices; You do not desire burnt offerings. True sacrifice to God is a contrite spirit; God, You will not despise a contrite and crushed heart” (Ps. 51:17-19).

Jeremiah seems to suggest that the sacrificial order was not God’s initial intention: “For when I freed your fathers from the land of Egypt, I did not speak with them or command them concerning burnt offerings or sacrifice. But this is what I commanded them: Do My bidding, that I may be your God and you may be My people; walk only in the way that I enjoin upon you, that it may go well with you” (Jer. 7:22-23).

Strongest of all is the passage at the beginning of the book of Isaiah that we read on Shabbat Chazon (before Tisha b’Av): “‘What need have I of all your sacrifices?’ says the Lord. ‘I have more than enough of burnt offerings, of rams and the fat of fattened animals; I have no pleasure in the blood of bulls and lambs and goats. When you come to appear before Me, who has asked this of you, this trampling of My courts? Stop bringing meaningless offerings! Your incense is detestable to Me’” (Is. 1:11-13).

This entire line of thought, sounded by many voices and sustained across centuries, is extraordinary. The people were being criticised not for disobeying God’s law but for obeying it. Sacrifices were commanded. Their offering was a sacred act performed in a holy place. What then aroused the Prophets’ anger and rebuke?

It was not that they were opposed to sacrifice as such. Jeremiah foresaw the day when “People shall come from the towns of Judah and from the environs of Jerusalem … bringing burnt offerings and sacrifices, meal offerings and frankincense, and bringing offerings of thanksgiving to the House of the Lord” (Jer. 17:26).

Likewise Isaiah: “I will bring them to My sacred mount and let them rejoice in My house of prayer. Their burnt offerings and sacrifices shall be welcome on My altar, for My house shall be called a house of prayer for all peoples” (Is. 56:7).

They were not criticising the institution of sacrifices. They were criticising something as real now as it was in their time. What distressed them to the core of their being was the idea that you could serve God and at the same time act disdainfully, cruelly, unjustly, insensitively or callously toward other people. “So long as I am in God’s good graces, that is all that matters.” That is the thought that made the Prophets incandescent with indignation. If you think that, they seem to say, then you haven’t understood either God or Torah.

The first thing the Torah tells us about humanity is that we are each in the image and likeness of God Himself. Therefore if you wrong a human being, you are abusing the only creation in the universe on which God has set His image. A sin against any person is a sin against God.

In the first mission statement of the Jewish people, God said about Avraham, “For I have chosen him that he may instruct his children and his posterity to keep the way of the Lord by doing what is just and right” (Gen. 18:19). The way of the Lord is to act justly and righteously toward your fellow human beings. In context, this meant that God was inviting Avraham to pray on behalf of the people of Sodom, even though he knew that they were wicked and sinners.

It is specifically in the book of sacrifices, Vayikra, that we find the twin commands to love your neighbour as yourself, and love the stranger (Lev. 19:18, 33-34). The sacrifices that express our love and awe of God should lead to love of the neighbour and the stranger. There should be a seamless transition from commands between us and God to commands between us and our fellow humans.

Amos, Hosea, Isaiah, Micah and Jeremiah all witnessed societies in which people were punctilious in bringing their offerings to the Temple, but in which there was bribery, corruption, perversion of justice, abuse of power and the exploitation of the powerless by the powerful. The Prophets saw in this a profound and dangerous contradiction.

The very act of bringing a sacrifice was fraught with ambiguity. Jews were not the only people in ancient times to have temples, priests and sacrifices. Almost everyone did. It was precisely here that the religion of ancient Israel came closest, outwardly, to the practices of their pagan neighbours. But the sacrificial systems of other cultures were based on totally different beliefs. In many religions sacrifices were seen as a way of placating or appeasing the gods. The Aztecs believed that sacrificial offerings fed the gods who sustained the universe. Walter Burkert speculated that the ancient Greeks experienced guilt when they killed animals for food, so they offered sacrifices as a way of appeasing their consciences.

All these ideas are alien to Judaism. God cannot be bribed or appeased. Nor can we bring Him anything that is not His. God sustains the universe: the universe does not sustain Him. And wrongs righted by sacrifice do not excuse other wrongs. So intention and mindset were essential in the sacrificial system. The thought that “If I bring a sacrifice to God, He will overlook my other faults” – in effect, the idea that I can bribe the Judge of all the earth – turns a sacred act into a pagan one, and produces precisely the opposite result than the one intended by the Torah. It turns religious worship from a way to the right and the good, into a way of easing the conscience of those who practice the wrong and the bad.

To serve God is to serve humanity. That was the point made memorably by Micah: “He has told you, O man, what is good, and what the Lord requires of you: To do justice, to love goodness, and to walk humbly with your God.”(Micah 6:6-8). Jeremiah said of King Josiah: “He judged the cause of the poor and needy; then it was well with him: was not this to know Me? says the Lord” (Jer. 22:16). Knowing God, said Jeremiah, means caring for those in need.

Maimonides said essentially the same at the end of The Guide for the Perplexed (III, 54). He quotes Jeremiah: “Only in this should one glory: that they have the understanding to know Me, that I am the Lord, who exercises kindness, justice and righteousness on earth, for in these I delight,’ says the Lord” (Jer. 9:23). To know God is to know what it is to act with kindness, justice and righteousness.

The danger of the sacrificial system, said the Prophets, is that it can lead people to think that there are two domains, the Temple and the world, serving God and caring for one’s fellow humans, and they are disconnected. Judaism rejects the concept of two disconnected domains. Halachically they are distinct, but psychologically, ethically and spiritually they are part of a single indivisible system.