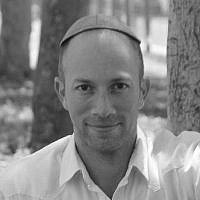 The Blogs
Adam Ezekiel
Apply for a Blog
Please note that the posts on The Blogs are contributed by third parties. The opinions, facts and any media content in them are presented solely by the authors, and neither The Times of Israel nor its partners assume any responsibility for them. Please contact us in case of abuse. In case of abuse,
Report this post. 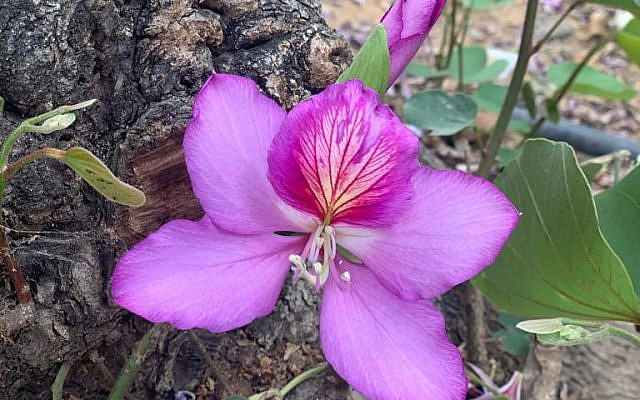 The stage is set. The year is 2021. The world has been in a pandemic for more than a year and a half. Israel has vaccinated the majority of its adult population and as a nation takes in a deep breath of freedom. At the moment we exhale, on the Jewish holiday of Lag Ba’Omer a disaster at Mount Meron happens and 45 Jews die. The Jews are heartbroken and mourn the terrible loss. In the same week, violent street riots and lynching took place in Jerusalem and the mixed neighborhoods of Israel. Tensions were rising. Then loud sirens started blaring and the nation ran to bomb shelters as thousands of rockets began being fired towards us by Hamas. Schools got canceled again as they were previously during the pandemic. As things couldn’t get any worse, on Shavuot, the Jewish holiday representing the day we get the Torah Ultra-Orthodox Jews celebrated at a large gathering in Jerusalem where the bleachers collapsed killing 2 and injuring hundreds. All of these things happened while a 5th election in 2 years is a real possibility for our nation.

What on earth is going on?

What lesson are we supposed to learn?

The answer came to me in the last 24 hours and reveals the solution to peace.

What all these events have in common is that they are repetitive mistakes.
The pandemic could have been avoided if humanity made it forbidden to sell diseased animals at wet markets.

The disaster at Meron could have been prevented had safety rules and regulations been followed, the same mistake was made two and a half weeks later at the disaster on Shavuot. It could have been prevented had the bleachers been built and secured with nuts and bolts, the seating that collapsed as revealed in the police investigation was connected with thin wires tied to each other. Lego could have secured the bleachers stronger.

The fighting with the Palestinians isn’t new. The war between Muslims and Jews has been going on since before the state of Israel began.

The elections keep happening because people keep voting the same.

Ladies and gentlemen, we are in a time loop. This is a rerun.

We keep making the same mistakes and expecting different results.

The answer came to me as I opened up my hero’s book, Rabbi Jonathan Sacks bless his soul. In his book series on the weekly Torah portion titled Covenant & Conversation he sheds light on these issues. This week’s parasha is called Naso in the book of Numbers. At this point in time in the Torah the Jews had been freed from 210 years of slavery, the sea splits, God reveals himself at Mount Sinai, the Torah is received, the golden calf is made and chaos spreads throughout the nation, Moses begs for forgiveness and miraculously God gives the Jews another chance and creates Yom Kippur the timeless day of asking for forgiveness. He then commands the Jewish people to make him a home, a traveling sanctuary called the Mishkan. The Jews come together, no one argues, the people unite and donate gold, silver, bronze and the best of what they have to create a holy structure for God and the incredible items within it like the menorah and the holy of holies. We then get to the book of Numbers and our current Torah portion. We’re supposed to begin our journey to the holy land. Except we don’t. Instead, God does something profound. He tells us that we can’t go yet, we must first learn the laws of the land.

Why now? Why here? Rabbi Sacks explains because until now we keep getting it wrong. God creates order, humans create chaos. God created a perfect world, brought man into it, gave humanity one rule; not to eat from the tree of knowledge of good and evil. Man did. Time and time again God creates order and humans make disorder. God believes in us and asks us to try again.

Therefore God says before you go to Israel and create disorder I’m going to teach you the laws and hypothetically asks us to grab a seat, pull out a pen and paper and write down the rules, because the rules are the antidote to the illness. God always gives the solution before the problem, it’s up to us to search and apply the solution.

In the parasha (Torah portion) God tells us about the position of the Levy family and their role in transporting the Mishkan in the desert. Then the idea of Sota, a married woman accused of laying with another man gets introduced to us and how to save the marriage- by writing God’s name and placing it in a cup of water and having the woman drink from it. If she was innocent she lives and gets blessed with being pregnant that year or dies if she was unfaithful. Then comes the law of the Nazirite, someone who volunteers to take upon himself certain restrictions and dedicate himself to God to become holier. Then comes the priestly blessings that are still said to this day every shabbat in Jewish peoples homes and synagogues every shabbat. Finally, the parasha ends with long paragraphs repeated twelve times of the identical gifts brought by the princes of each tribe. Why waste words on this? Why write out 12 of the same paragraph? We know the Torah is tight on words. We are being taught something, something that will change our lives.

These things seem so unconnected. Yet they have something so powerful in common.

Rabbi Sacks explains what they all share is the solution to sustaining or creating peace.

Peace, in Hebrew, Shalom doesn’t just mean the absence of war, rather the harmony of all the pieces. Peace is completeness. It is when all the separate parts come together to make a complex system work perfectly. Peace is when otherwise conflicting individuals harmoniously coexist with their uniqueness.

Let me explain, rather, let the Torah explain.

The Levite family and their role of transporting the Mishkan was addressed to explain that having a position in society is important. Being responsible for moving around God’s sanctuary is an important lesson Korah, a Levy would have later in the desert. Korah wanted to be leader instead of Moses. God was explaining before the conflict that the Levy position was very important and to appreciate his role and not be jealous of other people’s positions in society.

Then the Sota narrative teaches us that God is willing to erase his name, something forbidden in all other circumstances to create peace between husband and wife if she’s telling the truth.

The Nazarite teaches us that if you’re a regular person and want to raise your level of holiness, you can. You have to devote yourself to God for a select given time and restrict certain behaviors like drinking wine. It creates an opportunity for someone not born into the lineage of a Cohen priest to elevate himself and feel included.

Which leads us to the blessings of the Cohenim (the priests) that ties all of this together. These blessings are said to this day, week after week for thousands of years. If we can unlock the meaning behind them, all things will be clear.

The first blessing is “May God bless you and protect you.” How do you say bless in Hebrew? Barech. Rabbi Chaim of Volozhin a student of the Vilna Gaon explains in his book Nefesh Ha’Chaim the word blessing/barech is associated with increasing and the idea of multiplying. If you look at the root of the Hebrew word for bless-barech (ברכ) you see something profound. The numerical value of each letter has a hidden message. The letter beit (ב) has the numerical value of 2. Reish (ר) has the numerical value of 200 and chaf (כ) has the numerical value of 20. The letters all convey the number 2. What does 2 mean in Torah? It means increase. It means step it up. It means if you fail try again. It means work harder. It means build. In fact the Torah starts with the letter beit. If we do this it will take us to the next word Yishmarecha (וישמרך) meaning protect you. God is promising us protection. How? By stepping up our mitzvahs. By trying harder to be good to one another. By taking ownership of our problems. Time and time again does Hashem say keep the Torah and he’ll bless us and the land. In parashat Behukotai just a few weeks ago God says if we walk in his ways and keep the commandments we’ll gain his grace. The Cohen blessing ends with the blessing of Let God lift his Face towards you and give you peace. Another meaning of shalom is complete and whole. How do we get peace? The answer lies in the final paragraphs of the parasha. The section of the 12 tribes giving the same gifts yet the Torah chooses to have these long paragraphs repeated 12 times with the only difference being the name of the prince of the tribe bringing the gift. What’s God trying to show us? That we have to make sure that all tribes who participate in such a special ceremony get equal attention even if it means repeating a paragraph twelve times.

The solution to peace is giving recognition and showing gratitude to each individual in the system. Peace comes when valuing diversity. Think of a car, a transmission plays a different role to the steering wheel, the gears do different things then the alternator. However, one thing without the other won’t have a working car. The answer to peace is to rethink our strategy to peace with our Muslim cousins and value their presence in Israel and vice versa. The answer to peace is to give the ultraorthodox the understanding that the country thrives because of their learning. While the ultraorthodox respect the fact that the rules they are given to them about safety from outside their circle should be honored and applied. That each community respects the army for protecting us. That secular Jews who perform a bris to their son on the eighth day and fast on Yom Kippur have other commandments to follow to bring upon the blessings and protection God promises us. That those observant in mitzvahs lead a life that inspires those that don’t to be more committed to God’s commandments.

Maimonides says the Torah was given for world peace. The Jews are only 15 million people on the planet. What kind of impact could we have? How could we bring peace into the world?

We were put here to be the CEO of spirituality. Like a battery to a complex system. By being a light onto the nations by living holy lives individually and as a nation.

Ask yourself are we living up to our role?

Now more than ever do all sides need to recognize each other for their differences and work together to link their uniqueness into creating a harmonious society. Let’s step it up, let’s work harder to bridge our differences and let’s strive harder to make Hashem proud of each and everyone of us.

About the Author
Adam was born in Israel and moved to Canada at age 3. He lived there for 20 years. He studied Kinesiology (Exercise Science) at York University. Moved to Israel in 2009. He’s a Baal Teshuva. Has been a fitness trainer for 12 years. Married his best friend and lives his dreams.
Related Topics
Related Posts
Comments