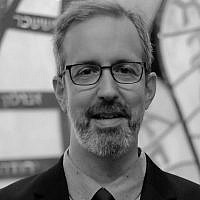 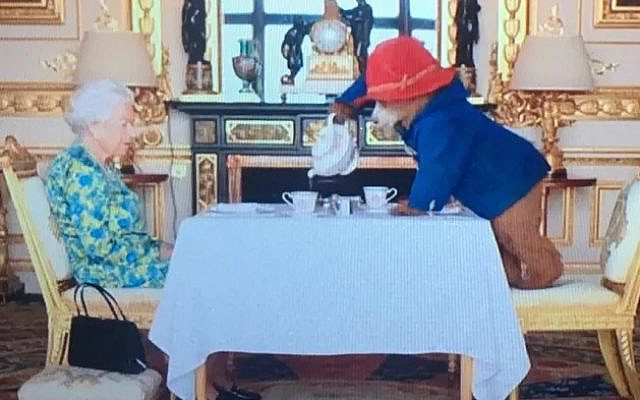 “Thank you, for everything.” So says Paddington Bear in a special video for Queen Elizabeth II’s jubilee. She modestly responds, “That’s very kind.”

The queen is remarkable, for the length of time she has reigned as well as for the manner in which she has done so. She does not take sides in politics or express opinions on controversial issues much at all. What does she do? Waves at public events, visits schoolchildren or patients in the hospital, wearing a big crown. Many would say she is just fancy window dressing, a tourist attraction, and expensive relic of a bygone age.

She is also a model for how to be a rabbi as well. It surprised me the first few times someone said to me in a reverent tone something like, “Oh, Rabbi, it meant so much to my mom that you called her.” Why? I thought. Why did it matter like that?

It was crazy, especially as a rabbi in his 20s, that anyone would feel that way about me, but of course it wasn’t me. I was everything a rabbi is supposed to represent. I’d like to think that now it’s a little bit me, but if so, it’s only because of any success I’ve had at successfully representing what a rabbi is. But all that “rabbi stuff” is what matters.

Shouldn’t a rabbi today champion causes of national and world importance? Sermonize and mobilize? Without a doubt these things are of vital importance and religious leaders can change the world. It’s also the reason why every High Holidays discussions about the sermon that made someone get up and leave abound. It’s hard enough to make two people with three opinions happy without doing that.

People may still get upset by what the rabbi does at funerals or weddings or hanging a mezuzah on the door of a new home. But it’s far more likely people respond with that reverent appreciation that “the rabbi” did whatever meaningful thing it was. In short, the status given to, history behind, the past associations with rabbis, all make them into powerful symbols of Judaism, God, and meaning for those whose lives the rabbi touches in these ways. I’ve come to realize that this is perhaps the most significant part of the job.

The queen lives an extreme example of this. The whole system of etiquette around her, all the pomp and circumstance, even the jewels and palaces, magnify the impact her presence carries when visiting a hospital or waving along a parade route. And the restrictions on what she can do guarantee that she does not alienate anyone (not least of all by abusing the power of who she is — also a lesson for rabbis). They help her embody the history and traditions of her people. And in so doing provides a powerful gift to the people she meets, granting to them the knowledge that they and their lives and worries and joys matter. How could they not if the queen herself tells you they do?

It is absurd and I also think it is part of human nature. We struggle with so much in our lives. We can feel so beaten down and overlooked. And when that is the result of systemic political and social issues, then you really do need the champion to come and change the world.

But lots of the real problems in our lives can’t be fixed that way. It’s those problems, as well as what might seem to be everyday joys of life, that are made better by the presence of a person like the queen. Or even a rabbi. In a circular way then, the same people who are touched and uplifted by your being there for them are the ones who have made queens and clergy matter.

It’s not a life for everyone to be a symbol. And few if any have carried it off like Her Majesty, but that doesn’t change the real good that can come from humbly accepting the opportunities being a symbol brings to make a difference for people when they need it.

Now, I could really go for a marmalade sandwich.

About the Author
Aaron Benson is a Conservative rabbi on Long Island, serving at the North Shore Jewish Center. He is the current president of the Suffolk County Board of Rabbis and a chaplain for the Suffolk County Police Department.
Related Topics
Related Posts
Comments