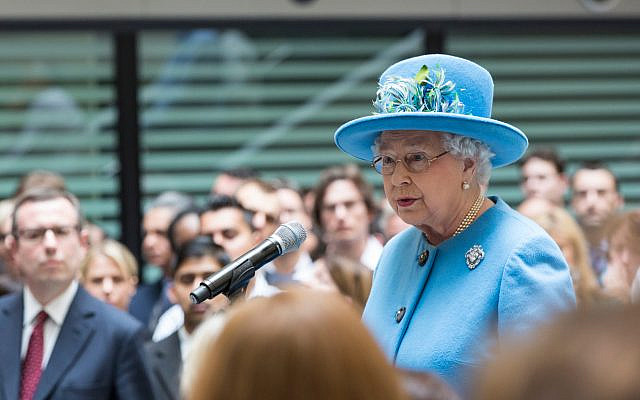 The United Kingdom, the Commonwealth and the world is in mourning at the recent death of Her Majesty Queen Elizabeth II. As new British Prime Minister Liz Truss said, the queen was the rock upon which the country was built.

I saw her twice, once at a Royal Garden Party, and once at the opening of the Scottish Parliament. But then again, almost everyone in Britain and the Commonwealth over a certain age had seen her at one time or another. She had been such a fixture in the life of the nation and did so much good work for so many that it is difficult to even imagine what the country will look like without her.

She lived a long and incredible life. Many people only remember her as an old woman. But even as a child, beginning in 1940, during the dark days of World War II, she gave hope to the children of the British Empire with her radio broadcasts.

Cheering the nation was not enough for her. She wanted to serve her nation in the fight against tyranny. It took her over a year to convince her parents to allow her to join the army, but eventually she succeeded, and in February 1945, the 19-year-old joined the Women’s Auxiliary Territory Service and trained as an auto mechanic. This was the first time she worked side-by-side with her future subjects. She learned how to take apart, fix and rebuild engines, change tires, and how to drive just about every type of vehicle. 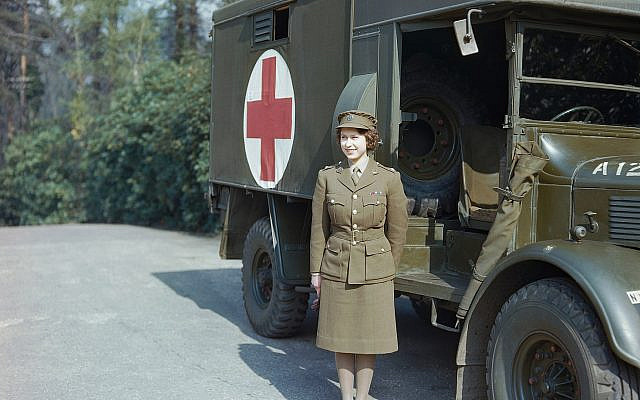 On V-E Day, when Germany surrendered, on May 8, 1945, Princess Elizabeth and her sister Margaret snuck out of Buckingham Palace and joined the celebrations in the street.

Many years later, on June 13, 1981, Queen Elizabeth was riding sidesaddle on her favorite horse named Burmese along The Mall on her way to the Trooping the Color. As she approached Horseguards Road, an anti-royalist named Marcus Sarjeant fired six times. Sarjeant later said he had been inspired by Marc Chapman who had murdered John Lennon half a year earlier. The queen was not injured because Sarjeant used a replica gun that could only fire blanks. But even before she knew that, Her Majesty remained calm and her first concern was to calm her horse, which had been startled by the shots. Then she calmly carried on to the ceremony as if nothing had happened. You can watch the incident here. 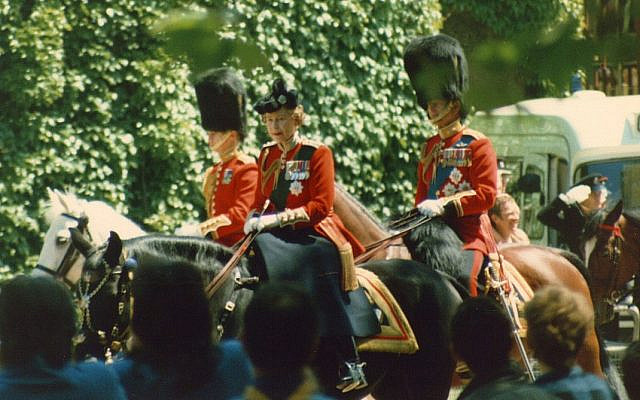 A year later, at 6:45 a.m. on July 9, 1982, a painter and decorator named Michael Fagan, scaled the 14 foot walls of Buckingham Palace. He got past the spikes and barbed wire and climbed up a drainpipe into the residential quarters. Even though he set off the alarm, police ignored the siren, thinking the alarm was faulty. Fagan, who had drunk several glasses of whisky before beginning his madcap adventure, was not quite sure what he was doing. He knocked over a glass ashtray and as he picked it up, he cut his hand. For some reason he continued to hold the shard of glass in his hand.

At 7:15, he wandered into the queen’s bedroom and stood staring at her for a few minutes. She woke up as he adjusted the curtains to see an intruder, holding a potential weapon, dripping blood, standing at the foot of her bed. She calmly asked him what he was doing there as he sat down on the edge of her bed. 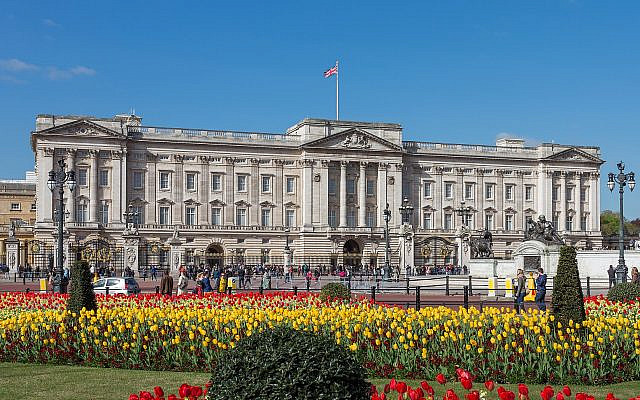 The eastern façade of Buckingham Palace and the Victoria Memorial, seen from the gardens. (CC BY-SA, Diliff/ Wikimedia Commons)

Twice, the queen hit the panic button to alert the palace switchboard, but to no effect. It was only her footman, returned from walking the queen’s corgis, who finally noticed something was wrong and alerted the police. Fagan was eventually sent to a psychiatric hospital, but was released in early 1983. As always, the queen remained calm and carried on.

The queen was part of every important occasion in the life of her country. Her face is on the postage stamps, and the money; her initials are on the postboxes and her Royal Warrant is on everything from the cornflakes to the soda. It is impossible to imagine the nation without her. 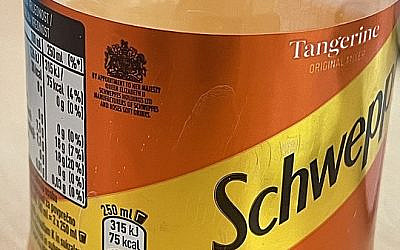 Yet, she never wanted to be queen. Her uncle, Edward VIII, replaced George V as monarch. However, he only reigned from January 20, 1936 until December 11 of that same year. When he abdicated, his younger brother, Elizabeth’s father, became George VI. Elizabeth’s mother was only 36 when her husband became king. Ten-year-old Princess Elizabeth prayed that her mother would have another child, a boy, who could succeed her father as king.

However, she soon realized that the heavy duty of the monarchy would one day fall to her. She hoped her father would live a long life to delay her having to accept the onerous burden of the crown. But that was not to be. On February 6, 1952, while Elizabeth and her husband Philip were in Kenya, they received the news that George had died, and Elizabeth was now the queen.

Four years earlier, on her 21st birthday, Princess Elizabeth made a live radio broadcast, in which she began:

On my 21st birthday I welcome the opportunity to speak to all the peoples of the British Commonwealth and Empire, wherever they live, whatever race they come from, and whatever language they speak.

She ended with the most remarkable promise to the nation, to serve the people and to partner with them:

I declare before you all that my whole life whether it be long or short shall be devoted to your service and the service of our great imperial family to which we all belong.
But I shall not have strength to carry out this resolution alone unless you join in it with me, as I now invite you to do: I know that your support will be unfailingly given. God help me to make good my vow, and God bless all of you who are willing to share in it.

I’m a lot older than 21, yet I can’t imagine making such a promise. To dedicate her entire life to a single purpose. At the time of her Silver Jubilee, the queen reflected on the vow she had made 29 years earlier:

“When I was 21, I pledged my life to the service of our people. Although that vow was made in my salad days when I was green in judgment, I do not regret nor retract one word of it.”

Just a few months ago, the queen thanked the nation for celebrating her Platinum Jubilee marking 70 years on the throne. She reiterated her vow from all those years ago:

I remain committed to serving you to the best of my ability, supported by my family.

It is hard to think of a more selfless vow or a longer-kept promise. Until her last day, Queen Elizabeth was still serving her people, in fulfillment of that impossible vow she had made 75 years earlier.

This week’s Torah portion speaks about the danger of making vows and the importance of keeping them (Deuteronomy 23:22-24).

The specific mitzvah refers primarily to bringing voluntary sacrifices, but the rabbis of the Talmud (Rosh Hashana 6a) expand this.

‘That which comes from your lips’ – this is a positive mitzvah. ‘You shall keep’ – this is a negative prohibition… ‘To the Lord, your God’ – these are sin offerings, guilt offerings, burnt offerings and peace offerings. ‘Voluntarily’ – in its literal meaning. ‘Which you spoke’ – these are donations to the Temple. “With your mouth’ – This refers to charity.

The fear of making a vow has led to an almost Pavlovian response among many Jews of adding “bli neder” – “without making a vow” to almost everything they say. There is a real and legitimate fear of committing to something that one may not be able to live up to. Even the most trivial suggestion of a promise is prefaced with “bli neder.”

While this is praiseworthy from a strictly halachic vantage point, it means we find it difficult to even conceive of a real vow, made from the heart, a lifelong commitment. How much more incredible is it to have witnessed someone who made such a vow and lived her life by it for three quarters of a century.

The greatest praise the Torah has for Moses at the end of his life is “eved Hashem” – a servant of God.

And Moses, the servant of God, died there in the land of Moab, at the word of God.

In a similar way, we can praise Queen Elizabeth for her absolute dedication to her subjects and call her a dedicated servant of her people. And we are fortunate to have had such an incredible role model for so many decades.

God save the Queen. Long live the new King.

My next class on WebYeshiva will be on September 13th. The series is entitled “The 6 Historical Events of Rosh Hashanah” and this is the third of four classes. You can listen to the live or recorded Torah classes on WebYeshiva. I’ve also started sharing more of my Torah thoughts on Facebook. Follow my page, Rabbi Sedley.