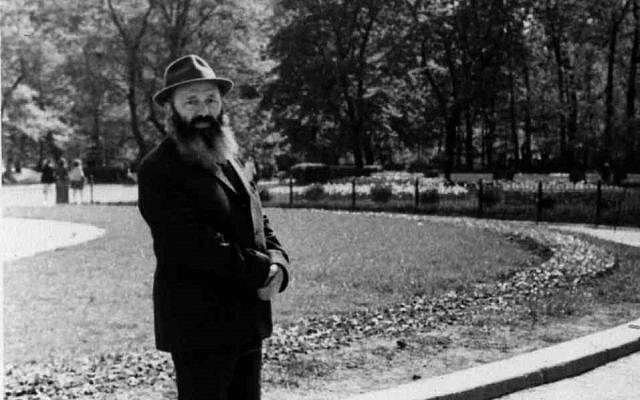 Yosef Neymotin in Leningrad, 1970. Curtesy of his son Lev Neymotin

The Story of Reb Yosef Neymotin

Reb Yosef Nemotin was a teire yid. He was an elderly chosid who had emigrated from the former Soviet Union in the mid-’80s. We became friends, and he spent a few Shabbosim with us in Monsey. He told me stories about his life in Alma-Ata, the capital of Kazakhstan, where he lived before emigrating. He told stories about Reb Levik, as he was known – Rabbi Levi Yitzchak Schneerson – the Rebbe’s father.  Reb Yosef was Reb Levik’s shamash – personal assistant. For years he attended to Reb Levik until the latter’s passing in 1944 in exile in Alma-Ata.

Reb Levik was a Rav and a mukubal (kabbalist). But he was not known as a baal mofsim—a miracle worker—that was not the Chabad style. One story I heard from Reb Yosef was so personal that I was reluctant to repeat it for many years. I don’t know whether Reb Yosef told this story to anyone else, but it was never told publicly. Reb Yosef passed away a few years after he had told me this story some thirty years before that. I feel it is my obligation to write down this story so that it should not be lost.

As soon as the Jewish emigration began in 1967, he applied for an exit visa. Alas, he was refused permission to leave. He applied again and was refused again. He became a refusenik. One may wonder, why the Soviet Government would care about an old Jew with his small family leaving the country and stubbornly not permitting them to leave?

Having been a refusenik myself, I can tell you that this is how the KGB played with people’s lives. They would let some people go while keeping others. They would expel some political dissidents while putting others in jail or just keeping them on a short leash. There was no rhyme or reason. It was another way for them to exercise their power, terrorize people, and keep them in suspense. Nobody knew what to expect.

After Reb Levik passed away in 1944, Reb Yosef took care of his kever – his grave. He’d visit the grave of Reb Levik often, clean it of all weeds and then sit there reciting Tehillim. While there, he often wondered why the Rebbe never came to visit his father’s grave. Reb Yosef was a very sincere and simple Jew. Being so close to Reb Levik, to whom he dedicated his entire life, he felt some sadness and, perhaps, some bitterness for his beloved Rav that his son, the Rebbe, never came to visit his father’s grave. He kept this sadness to himself and never shared it with anyone.

He had a neighbor, an elderly chosid who was blind. (Reb Yosef told me his name, but I no longer remember it.)  Every morning, on the way to shul, he’d stop at the house of his blind neighbor and walk him to shul. After davening, he’d walk him back home. Some years later, his blind neighbor died and was buried at the same cemetery where Reb Levik was buried.

Many years passed, and Reb Yosef grew ever more frustrated and disheartened about his predicament. He felt trapped in Alma-Ata. One morning, he opened his mail and found there an official envelope from the OVIR – the department of the KGB that handled exit visas. Alas, it was yet another rejection. He felt despondent. He went straight to the gravesite of Reb Levik and cried his heart out. He cried that he could not take it anymore and begged his beloved Rav for a brochah (“blessing”) to get permission to leave the country that had become a prison for him. Suddenly, the words came out of his mouth. He cried, “Tatenu mit Rebbenu (Father of the Rebbe) – this is how he used to call Reb Levik in Yiddish after his son became the Rebbe – if you help me to leave this country, I will go to your son, and I will ask him why he never came to visit your grave!”. After realizing what he had just said—and he had never said this out loud before—he got frightened. After all, for a chosid to say something like this was quite a chutzpah! Be that as it may, he cried some more, said some Tehillim, and went on his way. As he was approaching the gates of the cemetery, someone called him by his name:

He turned around and saw a man in his 30s – whom he did not recognize – calling him and running after him. He stopped. The man caught up with him and embraced him.

– Reb Yosef, you don’t recognize me?! We used to be neighbors! You used to come to our house every morning to take my blind father to shul, don’t you remember? I am his son!

– You were a child then, said Reb Yosef quietly, feeling a bit embarrassed. Now you are an adult… look at you! I haven’t seen you in more than 20 years!

After crying at the grave of Reb Levik, the tears in the eyes of Reb Yosef had not dried up yet, and the young man noticed it. “What’s bothering you?” he asked. “You look sad…”  Reb Yosef told him his story: that he applied many times for many years for an exit visa, but never got permission to leave, and just today, he got another rejection letter. The man told him, “Don’t worry, I work for the Government now. I know the right people. I know whom to bribe. Bring me 4,000 rubles tomorrow, and I will take care of it for you. You helped my father, and now it is my turn to help you!” – and so he left. Reb Yosef stood there bewildered and motionless; he could not believe his ears: not even five minutes had passed since he asked Reb Levik for a blessing—he had not even left the cemetery yet—and here it was, the promise of freedom! Could this be the miracle he was praying for?!

Four thousand rubles was a large sum of money, but Reb Yosef managed to put it together. The next morning he was at the office of the man he saw the day before at the cemetery with the money. The man kept his word. He gave the money to the “right people,” and a week later, the Neymotin family received permission to leave the country. Reb Yosef was in seventh heaven.

To cut a long story short, he and his family arrived in the United States and settled in the Crown Heights neighborhood of Brooklyn. He had managed to take with him some of Reb Levik’s manuscripts, which he now brought to the Rebbe. He delivered the manuscripts to the Rebbe’s secretaries and asked for a yechidus – an audience with the Rebbe, which was promptly scheduled. The day of the yechidus arrived. 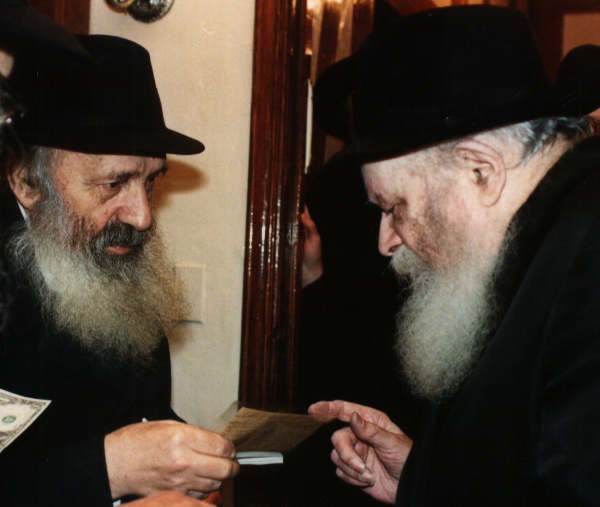 Reb Yosef Neymotin with the Lubavitcher Rebbe. Courtesy of his son Lev Neymotin.

That day the Rebbe went to the Ohel – the gravesite of the previous Lubavitcher Rebbe, his father-in-law, Rabbi Yosef Yitzchak Schneerson. He was there a long time, and Reb Yosef was waiting patiently for the Rebbe to return from the Ohel. Finally, the Rebbe arrived. Reb Yosef was let into the Rebbe’s office. As he remembered it, the Rebbe was standing (which was rather unusual as the Rebbe usually sat at his desk during yechidus). He warmly greeted Reb Yosef and thanked him for his service to his parents. He also thanked him for the manuscripts. Reb Yosef asked if he could keep at least one manuscript of Reb Levik for himself as a memento. The Rebbe thanked him again for bringing the manuscripts and explained that now that he had them, he could not part with his father’s manuscripts. The yechidus was over, and Reb Yosef started backing out towards the door to leave the Rebbe’s office (chasidim would never turn their back to the Rebbe and would walk out of the Rebbe’s office backward). As he approached the door, still facing the Rebbe, he noticed that the face of the Rebbe changed—the Rebbe became very serious. The Rebbe looked straight into the eyes of Reb Yosef with his piercing gaze, and then Reb Yosef heard the words, “You are forgetting to ask me the question you promised my father to ask me!” These were the last words Reb Yosef remembered before he passed out.

Reb Yosef never got to ask the Rebbe the question he promised Reb Levik to ask. The question was now moot. Reb Yosef got his answer.

At the next farbrengen, the Rebbe warmly greeted Reb Yosef and again, thanked him, this time publicly. The Rebbe made lechaim to Reb Yosef and smiled—Reb Yosef realized that he was forgiven for his chutzpah. He had several subsequent audiences with the Rebbe, during which the Rebbe asked him in detail about the lives of his parents back in Alma-Ata. The Rebbe returned the favor by giving Reb Yosef his special attention and warmth – can any chosid ask for more?

I am very grateful to Reb Yosef’s son, Dr. Lev Neymotin, for sharing with me the photographs of his father with permission to publish them. 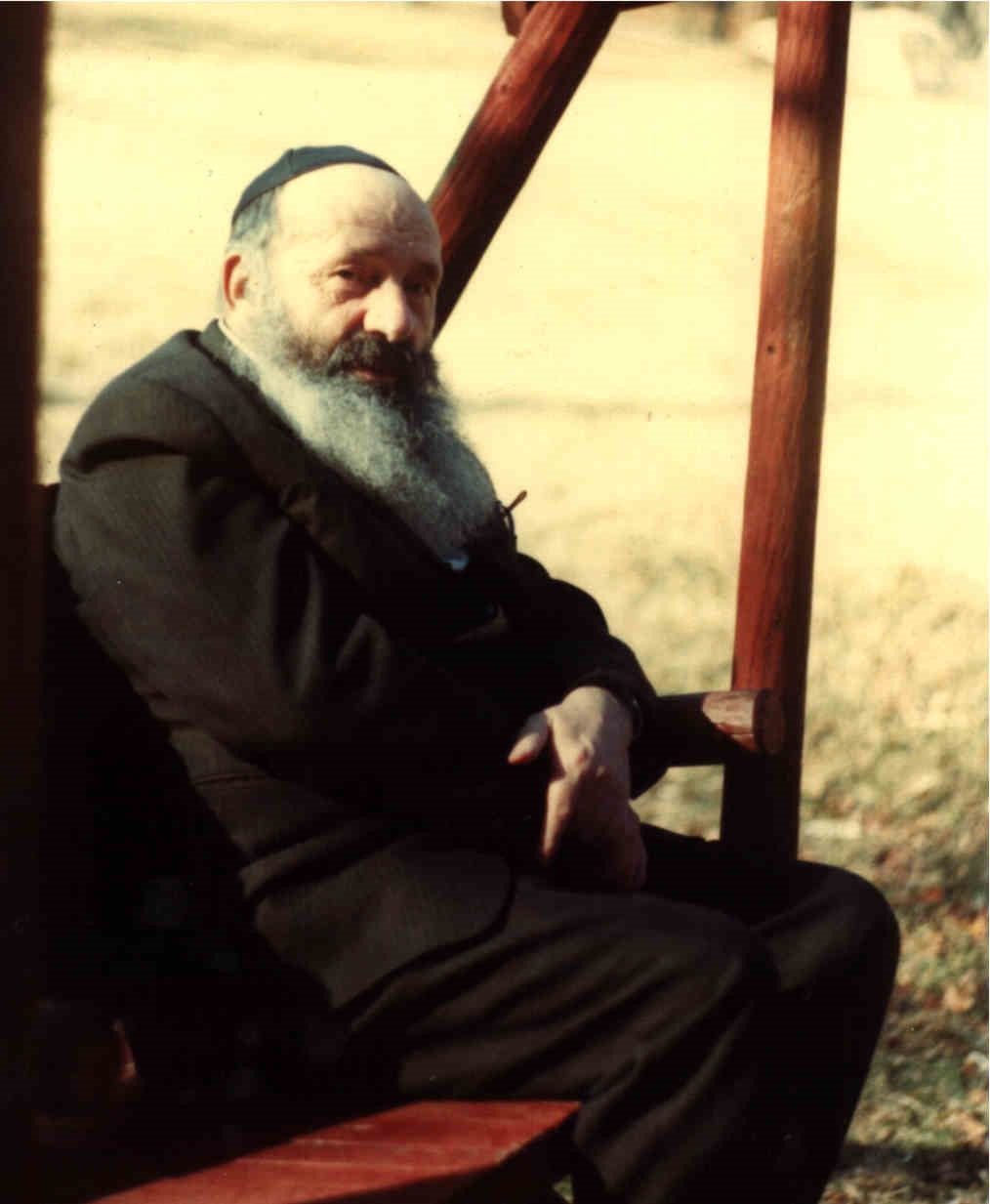