DISCLAIMER: Hi Dad. While I think it’s great that you read my posts on The Times of Israel, this article is not for you. You were so good about not reading it when it first ran on Kveller.com, and I hope you will kindly click over to funwithtrains.com instead. Love, your nice Jewish daughter.

Well, it was a sad, sad day when I developed uterine irritability during the second trimester of my first pregnancy, and my doctor had to put me on pelvic rest. It was like he had stapled a giant HAZMAT sign to my lady business. And so, along with the whole enforced celibacy thing, I was forced to pack up my neon purple iRabbit (and I thought giving up alcohol was hard!) for the sake of my unborn child.

But then, as soon as my doctor gave me the green light, my iRabbit made it’s triumphant return to my bedside nightstand drawer where it lived happily ever after…until the day of my daughter’s simhat bat.

My humiliation. Let me tell it to you:

While the guests poured into our home, my daughter and I hung out in the bedroom, waiting to meet with our rabbi to discuss a few things about the ceremony. Now, let me tell you, our rabbi is awesome. I’ve known him since I was a little girl. He presided over all the services I went to with my family when I was growing up. He told the best Jewish scary stories at sleep-away camp. He officiated at my bat mitzvah. And my mom’s funeral.

It seemed fitting that he be part of this rite of passage, as well.

Also? Despite my stint pole dancing at Cat Club in San Francisco when I was 23, (seriously, Dad? funwithtrains.com!) and the six weeks I spent dating a guy in the Israeli mafia when I was in high school, I’m basically a nice Jewish girl. I always did the extra credit assignments during Hebrew School. I never snuck out of my bunk at sleep-away camp. I was even selected to receive a special college scholarship from the synagogue. And the nice Jewish girl in me was happy that my rabbi would see that my then-husband and I were bringing our daughter into the community in such a meaningful way.

(“Wait, what does this have to do with vibrators?” I hear you cry. Trust me. I’ll tell you.)

The rabbi arrived, greeted us with many “mazel tovs,” and we got down to business. He asked if my daughter was named for anyone special, as is Ashkenazi Jewish custom. And she is. In fact, the poor kid has not one, not two, but three names to honor six people. Yeah, don’t get me started: The birth certificate woman at the hospital wanted to cut me, but  I was still high from the epidural and reeling in melodrama.

Given the long list of family members we chose to honor when naming our baby, the rabbi stood up and said he needed a pen and paper to write it all down. And before I could stop him, he reached over to open the bedside drawer.

Now, let’s get something straight: I do not have a pen in my bedside drawer.

Nor do I have paper.

As cliché as it sounds, it really was like the whole thing happened in slow motion. I tried to block him, but I was still a little unstable with the baby in my arms. And so, I had to make a split-second decision: either I drop my daughter on the floor and keep my secrets safe in the bedside drawer, or I sacrifice my dignity while keeping my baby girl safe and sound. Well, shalom, dignity. Vaya con dios, and don’t let the door hit your ass on the way out.

At first, I thought I was saved. 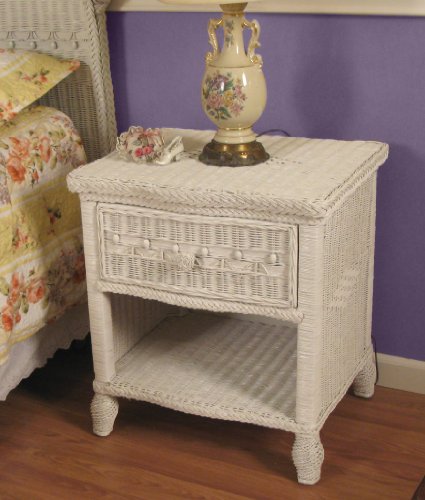 The rabbi slammed the drawer shut and we both pretended that we couldn’t hear the rhythmic buzzing as we continued to discuss the upcoming ceremony.