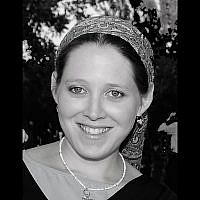 The Blogs
Chamutal Shoval
Apply for a Blog
Advertisement
Please note that the posts on The Blogs are contributed by third parties. The opinions, facts and any media content in them are presented solely by the authors, and neither The Times of Israel nor its partners assume any responsibility for them. Please contact us in case of abuse. In case of abuse,
Report this post. 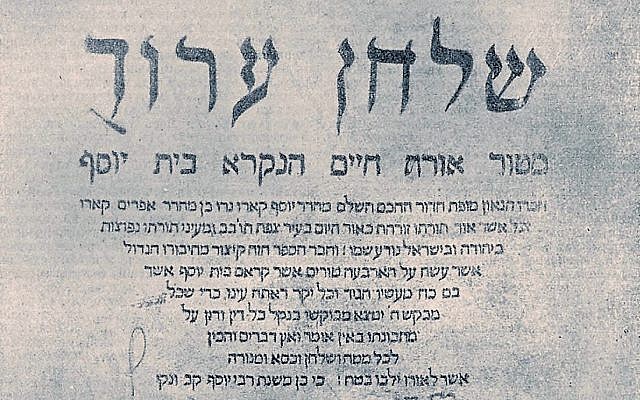 From the frontpiece of Shulhan Arukh, the Code of Jewish Law. (Wikipedia)

“To spread Torah and make it glorious.”

A few weeks ago, I was at a Shabbat meal with new neighbors. As we were getting to know each other, one of the men at the table said that he was in yeshiva, studying the Laws of Shabbat and preparing to take the rabbinate exams. When it was my turn to introduce myself, I smiled and said “I’m doing exactly what you’re doing, but unlike you, the Rabbinate won’t let me sit for the exams.”

Recent news aired the struggle of the world of women’s Torah learning for the equal right to take the rabbinate exams, just like the men. Every day, I sit in Jerusalem, in the beit midrash (study hall) at Ohr Torah Stone’s Midreshet Lindenbaum, as part of the Susi Bradfield Women’s Institute of Halakhic Leadership. Every day, I sit in this beit midrash and learn exactly the same material that male yeshiva students learn. I study Talmud, Tur, Shulhan Arukh, Rishonim and Aharonim — the whole package.

The only difference is that, at the end of the year, I will take an internal exam within the walls of my school, which, although equivalent to the rabbinate exams that the men take in scope and knowledge, is not the “real” exam that grants those who pass it an official stamp from the Chief Rabbinate. When I finish my studies, God willing, after five years in the program, I will have the same halakhic knowledge as any man who has passed the rabbinate exams — but nothing official to show for it.

The initial reaction of many men and women who meet me is: Why? What is your motivation to study? And my answer is — “Le-hagdil Torah u-le-ha’adirah” — “to spread Torah and make it glorious.” I wish to know Halakhah, to keep it, and to become a halakhic leader who can serve as a resource for men and women alike, to answer halakhic questions and to consult on other matters as well. In my opinion, in the world we live in, there must be an address for women’s halakhic consultation — and not only for women. We wish to bring a large group of potential questioners closer to the world of Halakhah. Female Torah scholars who have passed the rabbinate exams, even if they do not serve as rabbis in practice, can serve as an important resource.

In today’s day and age, it isn’t enough for women to study Halakhah from summarized texts. Anyone who wishes to truly understand halakhic rulings must understand the progression of Halakhah and the considerations that motivated the posek (halakhic decisor) regarding the question at hand. This is necessary so that we can implement the same practice in our lives today. “Rabbi Google” cannot answer every question. Observant Jews are searching for Torah experts who will take the complexity of their personal situations into account to consult about personal matters. How long will women and girls have to consult with male figures about these matters?

My friends and I sit and discuss the depth of Halakhah morning and night. We study the halakhot of Shabbat, kashrut, mourning, and many other topics. Since we have entered the beit midrash to study Halakhah, many people have approached us with halakhic questions (not limited only to the laws of purity). The train has left the station: the world of women’s Torah learning is alive and kicking. Women’s serious study of Halakhah and ruling on halakhic questions is the obvious next step, and indeed, it already exists.

We aren’t asking for special treatment, or for easier exams. Just for the opportunity to take the exams, just like the men who do so every day. It says in Tractate Kiddushin: “But what shall happen with the Torah? Behold, it is bound and lying in the corner and whoever wishes to study it will come and study.”

We wish to do so.

All the Supreme Court and the Chief Rabbinate need to do is to open the doors to everyone.

The author is a fellow at the Susi Bradfield Women’s Institute of Halakhic Leadership at Midreshet Lindenbaum, a division of the Ohr Torah Stone network.

About the Author
Chamutal Shoval is a fellow at the Susi Bradfield Women’s Institute of Halakhic Leadership at Midreshet Lindenbaum, a division of the Ohr Torah Stone network.
Related Topics
Related Posts
Chamutal Shoval
Comments