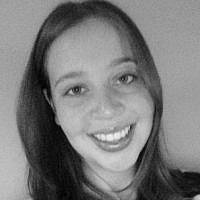 The Blogs
Elisa Alloul
Apply for a Blog
Please note that the posts on The Blogs are contributed by third parties. The opinions, facts and any media content in them are presented solely by the authors, and neither The Times of Israel nor its partners assume any responsibility for them. Please contact us in case of abuse. In case of abuse,
Report this post.

As open supporters of Israel, Jewish or not, many of us have faced some sort of judgement, intimidation, harassment, or simply a snide remark. Regardless of whether one has experienced this, I think it is safe to say that all of us have been painted as the oppressor for being pro-Israel. We have been judged and accused of being morally reprehensible for somehow being aligned with Israel, whether or not we actually openly support Israel.

Being someone who holds herself to a very high moral standard and someone who cared about real social justice before it was the cool thing to do, I despise being portrayed this way. This is because I am quite the opposite.

When it comes to the causes I support I have analyzed them extremely thoroughly and only grant them my personal support when I am positive they are truly right and not just the status quo.

I am not sure about many things but what I am sure of is that Israel stays true to her moral standards no matter what conflict comes her way. As Rabbi Lord Jonathan Sacks says “If there were true justice in the world, the world would look towards Israel as a model of what other countries should strive to become, a model of morality”. So despite the snide remarks or worse, I am always proud to support Israel. I stand by my convictions and never waver from my support. And this is because I know that what I stand for is right. I know that supporting Israel is true social justice.

Conformity is a well known social psychological phenomenon and it is the idea that an individual is likely to conform and follow the behaviour of the majority. Right now, support for a false sense of social justice is the behaviour to follow. Many of us are involved with so-called social justice initiatives because it is fashionable and everyone is doing it. It is also fashionable to hate Israel for the some reason. With real activism what was always the case was that people who stood up for what was truly right were always hated for their work because the majority did not want to accept the moral truth. It is clear to me that even though it does not seem this way, this is still the case today.

Although having always been committed to activism and human rights, I do not enjoy being excluded by all those who all of the sudden find activism contemporary. However, when I think about activism throughout history, activists were always hated and opposed for their ideas and work. They were constantly painted as reprehensible by the majority and often intimidated or harassed for their work. It was only after the fact that they were celebrated for their progressive ideas. Despite what they went through, they stood by their convictions because they were moral and enlightened enough to understand that they were doing the right thing.

I know in my heart of hearts that I am doing the right thing by supporting and working with Israel. It is one of the only things that I know for sure. So if that makes me reprehensible, so be it.

I am proud to join the ranks of the many activists before me who were hated for their true progressiveness. One day when there is true justice in the world and Israel serves as a moral role model for all, I can be proud knowing that I never swayed from my support of the truth. I have and continue to wear the snide remarks and intimidation as a badge of honour, proud to be a true moral activist.

About the Author
Elisa Alloul studies Psychology and Public Administration at York University. She is a StandWithUs Emerson Fellow. She is also VP Programming at Hasbara at York and Tzedec chair for Hillel York.
Comments