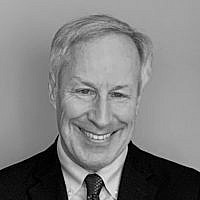 Back then, Palestinian Authority leader Mahmoud Abbas was a top aide to Yasir Arafat. A leader of Black September later revealed that Abbas had played a key role in planning and financing the Olympic slaughters.

Fast forward fifty years, to last week’s meeting in Berlin between Abbas and German Chancellor Olaf Scholz. Asked by a reporter whether he would apologize for the Munich Olympic massacre, Abbas deflected the question with this whopper of a false slander of Israel: “If you want to go over the past, go ahead. I have 50 slaughters that Israel committed. . . 50 massacres, 50 slaughters . . . 50 holocausts.”

Arguably the most surprising aspect of Abbas’s sordid comments was that they still managed to surprise anyone. Abbas’s Fatah organization – the controlling faction of the Palestinian Authority – has for decades spread incendiary “Holocaust inversion” lies, as even a brief review of the archives of Palestine Media Watch make abundantly clear. Fatah propaganda regularly calls Israel the new Nazis, its leaders worse than Hitler, and its objective to be the genocide of the Palestinian people.

This Nazi-framing of Israel is far from coincidental. Among other things, it serves to demonize Israel among Western intellectuals, for many of whom anything labeled “right wing” is perceived as especially toxic.

Perhaps more importantly, such propaganda helps distract public view from the fact that the Palestinian leadership remains – over seven decades after World War II – the world’s last Nazified regime still standing. If Abbas and his fellow PA leaders were actually serious about calling out Nazis, they might do well to first take a look in the mirror.

Though all too rarely discussed, the Nazification of the Palestinian leadership starting in the 1930s has been abundantly documented by twentieth-century historians – notably including the late Barry Rubin, Wolfgang Schwanitz, Jeffrey Herf, Klaus-Michael Mallman, Martin Cuppers, and Zvi Elpeleg. This history is well worth revisiting, as it compellingly explains the roots of today’s deadlocked Israel-Palestinian conflict.

One central takeaway of that history is the fact that “the conflict” was by no means inevitable. Jewish-Arab relations across Palestine in the early twentieth century were largely amicable, even amid high levels of Jewish in-migration. In January 1919, no less a personage than Emir Faisal ibn Hussein of Mecca publicly embraced the Balfour Declaration, and in March 1919, Hussein wrote to an American Zionist leader expressing “the deepest sympathy on the Zionist movement” and “wishing the Jews a most hearty welcome home.”

So what changed everything? In a word: Haj Amin al-Husseini, the Palestine Arabs’ “Mufti,” or Muslim spiritual leader. The British, acting for the League of Nations in 1921, appointed al-Husseini as Mufti, rejecting two other candidates from more moderately inclined Palestinian families, the Nashishibis and the al-Khalidis.

Al-Husseini was a rabid anti-Zionist. After consolidating his power over the Palestinian-Arab community, al-Husseini in 1928 launched a vicious, year-long propaganda campaign falsely claiming that “the Jews” were plotting to take over the Temple Mount and destroy its Muslim holy sites. The result? A week-long hate-fest of Mufti-incited mobs, butchering innocent Jews across Palestine. Hen Mazzig describes what happened in the ancient Jewish community of Hebron:

“The peaceful leaders of the Jewish community refused to fire at their Arab neighbors, even though they were armed with guns, and pleaded instead for reconciliation. The Arabs responded by smashing skulls, castrating men, beheading babies, and tossing one Jewish man into an oven more than a decade before the Nazis would have the same idea, slaughtering 67 Jewish men, women, and children.”

Al-Husseini continued his antisemitic incitement without respite after the 1929 pogroms. Yet despite those efforts, as his biographer Zvi Elpeleg points out, three of the five Palestinian-Arab political parties still rejected the Mufti’s radicalism and sought compromise with their Jewish neighbors. Al-Husseini, however, was determined to crush every last shred of ecumenical Palestinian moderation.

He finally achieved that goal by launching the so-called Arab revolt in 1936. As a larger replay of the 1929 pogroms, the Mufti’s armed gangs spent the next three years targeting both Jewish villagers and British troops deployed across Palestine, massacring dozens of Jews, slaughtering livestock, and destroying farms painstakingly reclaimed from the desert.

More consequentially, the Mufti also turned his gangs loose against the great many Palestinian Arabs who favored moderation and compromise with their Jewish neighbors, inflicting unimaginable tortures upon those innocent villagers: “[T]hey were thrown into pits infested with snakes and scorpions. After . . . a few days . . ., the victims, if still alive, were brought before one of the rebel courts . . . tried, and usually sentenced to death, or, as a special dispensation, to severe flogging.”

By 1939, Palestinian civil society had been devastated, as Mallman and Cuppers recount: “Due to the massive internally directed terror campaign, progress toward developing a civil society in the Arab part of Palestine was abruptly halted. The Arab sphere abolished the rule of law, . . . using unlimited, unrestrained force. . . . The last remnants of freedom and open dissent vanished, making way for extortion and intimidation, censorship and mental terror.”

Having crushed the remnants of moderate, ecumenical voices among the Palestinian Arabs, Al-Husseini then poured a massive dose of Nazism into that weakened society. In 1941 al-Husseini moved to Germany and made a public alliance with Hitler, where both pledged to kill every last Jew in the Middle East.

Al-Husseini specifically requested that Adolph Eichmann, the architect of the Holocaust, “send an expert . . . to Jerusalem” to instruct the Arabs on “setting up death camps and gas chambers” – which the Nazis agreed to do. Had the allies not defeated Gen. Rommel’s Nazi army in North Africa, Hitler and al-Husseini could have and no doubt would have carried out their planned Middle East Holocaust.

Al-Husseini nonetheless inflicted devastating cultural damage upon the Middle East during those years, through his leading role in Hitler’s propaganda apparatus. As exhaustively documented by historian Jeffrey Herf, the Nazis between 1939 and 1945 waged a relentless propaganda war across the Middle East and North Africa, saturating the region with Arabic-language leaflets and radio broadcasts denouncing world Jewry and inciting Arabs to murder every last Jew in the region.

Al-Husseini served both as lead advisor and broadcaster for this genocidal Nazi propaganda campaign, denouncing the Jews as “a sponge among people, [who] sucked their blood, seized their property, [and] undermined their morals.” He declared “tolerance toward the Jews” a “shameful crime, accusing “[a]ll who showed leniency toward the Jews [as] guilty of high treason against the Arabs,” and repeatedly directed all Arabs to “[k]ill the Jews wherever you find them.”

By the end of World War II the Arab world had been saturated by nearly twenty years of al-Husseini’s Jew-hating propaganda, culminating in al-Husseini’s aggressive promotion of Nazi ideology across the region from 1941 to 1945.

Irreparable damage had been done to Palestinian civil society, as al-Husseini’s biographer Zvi Elpeleg makes clear: “Haj Amin’s popularity among the Palestinian Arabs and within the Arab states actually increased . . . during his period with the Nazis. When he returned to the Middle East from Europe, Arab leaders hurried to greet him, and the masses welcomed him enthusiastically.”

This is the man and the legacy that the contemporary Palestinian leadership continues to lionize and embrace as their movement’s founding father. Mahmoud Abbas praises al-Husseini as “a great man whose ways should be emulated by all PA Arabs.” And this is the man whose Hitlerian propaganda continues to be regurgitated and disseminated ad nauseum by the contemporary Palestinian Authority, more than 70 years after the end of World War II.

The issue, in short, is not Mahmoud Abbas – or the late Yasir Arafat, or any of the several other Palestinian leaders who keep “surprising” Western leaders with their “shocking” declarations of Holocaust denial, Holocaust inversion, and outright genocidal Jew hatred.

The reality – long neglected across the West’s foreign policy salons – is this: The Palestinian leadership remains to this day the institutional creature that they became under the toxic stewardship of Haj-Amin al-Husseini, namely, a Nazified political entity that has never been forced to reckon with, to purge, or to make amends for its explicitly Hitlerian past and its continued adherence today to that genocidal ideology.

And history has abundantly demonstrated that the Palestinian leadership will never change their ideological stripes while the West keeps showering them with millions in unrestricted foreign aid.

In sum, it is long past time to defund, and finally de-Nazify, the Palestinian leadership. Not just Israelis, but also the Palestinian people, deserve to be free of this Hitlerian cultural cancer that has wreaked such damage upon their society and the region for so many decades.

About the Author
Henry Kopel is a former U.S. federal prosecutor and the author of the book “War on Hate: How to Stop Genocide, Fight Terrorism, and Defend Freedom.” Kopel is a graduate of Brandeis University, Oxford University, and the University of Pennsylvania Law School, and is an annual guest lecturer on prosecuting hate crimes at the University of Connecticut Law School. He serves on the global advisory board for the Abraham Global Peace Initiative.
Related Topics
Related Posts