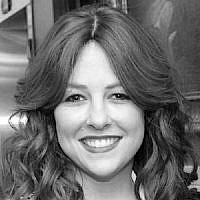 The Blogs
Alexandra Fleksher
Apply for a Blog
Please note that the posts on The Blogs are contributed by third parties. The opinions, facts and any media content in them are presented solely by the authors, and neither The Times of Israel nor its partners assume any responsibility for them. Please contact us in case of abuse. In case of abuse,
Report this post.

Volunteers around the world, in over 1000 cities in 95 countries, are letting out big sighs of relief – and satisfaction – after pulling off yet another record-breaking Shabbos Project this past weekend. From Singapore’s Challah Bake with 100 participants to Johannesburg’s Great Big Challah Bake with 6,000, and Cleveland somewhere in between with 1,500, the Shabbos Project has become a worldwide force and has mobilized thousands of volunteers to make it happen. At its heart, there are the countless Shabbos meals of all sizes that took place worldwide that only Hashem can count, as well as the unifying Havdalah concerts that brought in the best performers in Jewish music to help communities end the weekend with momentum and inspiration.

Events like these can’t happen without dedicated volunteers, and all types are needed: board members, project chairs, committee chairs, and “worker bees.” Typically, the volunteers for Challah Bakes are women, especially if the event is for women and girls only. (Some cities do have family Challah Bakes.) There are the women on the stage running the show, serving as table captains, setting up the tables with all the ingredients, doing registration. The beauty of this project is that women of all affiliations join together to make this event happen. And it takes a lot of them.

Big community events such as these often give participants the opportunity to consider how much they can and should volunteer their time to worthwhile causes. There’s no doubt: volunteers are needed, and even giving 30 minutes to measure out flour is helpful. It is worthwhile for participants to think carefully in evaluating their ability to give back to organizations they gain so much from.

Having said that, women typically go through seasons of life and in some seasons, some women are simply not able to contribute. It may be due to responsibilities to children and family, responsibilities to work, and/or responsibilities to self. No one can know for sure what a woman’s individual experience is, and no one can judge if she should or shouldn’t be volunteering her time to help out. Volunteering is good and people need to take responsibility, but for some, letting others do the job is the necessary reality. Being honest with oneself is the bottom line.

Two years ago, I was the chair of the Shabbos Project Cleveland. The driving goal that year was to bring the project to a new level. We started six months before the event with a dedicated board who met every two weeks. We created our strategy with personal guidance from Rabbi Warren Goldstein and formulated committees, including fundraising, community outreach, marketing and events. We hired an advertising agency who I worked closely with to create an entire marketing campaign, including advertising, public relations, and social media, as well as media coverage of our events.

I was the busiest I had ever been. I ran the meetings, wrote all the copy for the ad agency and managed our blog (now why again did I agree to do that when we were paying them the big bucks?), coordinated and monitored all our various committees, wrote and produced a video, and was interviewed for a CBS radio show (that was the most fun). And then there were the hundreds if not thousands of emails that needed to be written and responded to, even if I was on family vacation (the newspaper ad deadlines don’t stop for vacation, unfortunately.)

The result? We increased our Challah Bake from 450 the previous year to 1100 participants, the majority of which were our target audience unlike the previous year, had Shabbos programming throughout the greater Cleveland area, and had a rocking, unity-focused Havdalah Concert with over 800 people. The logistics can only be best appreciated by going through my gmail account.

At the time, my oldest of four children was 12 and my youngest was two. When I describe that six-month period, I say it was as if the seasons passed me by. Being the one “in charge”, I was fully immersed in the project and, especially during the last few weeks, was needed by a lot of people. But when that one weekend was over and I had climbed down the mountain, with the adrenaline rush behind me, getting back up again was difficult. I was teaching almost full-time the final three months of the project and it was all a little too much.

The struggle for me as a person who is well-suited for this type of work is that it gave me a sense of satisfaction and joy that I had never experienced professionally before. I was using skills and talents that I had (did I mention that the CBS radio interview was the best part?) but I hadn’t fully used in my job as a teacher. I loved running meetings with some of the most influential members of the Cleveland Jewish community at the table, and most importantly, learning from them. I loved working closely with the advertising agency, using my Communications degree for the first time. I loved working with Jews from all walks of life and collaborating together to create something awesome and huge. It was a very exciting time in my life; an opportunity I am so grateful to have had.

However, at the end of the project, I stepped down as chair. I could not reproduce the level of work I had done and take care of my other responsibilities to my family. Truth be told, I also probably had too much of my favorite ice cream, if you will, and couldn’t look at it anymore. While the project fed me in so many ways, I was not just “Alex Fleksher, Shabbos Project CLE Chair” independent of everyone else in my life who needed me. I knew I couldn’t do this project just for me, because it fulfilled me. I also couldn’t do it only for the thousands of people who gained from it.  I had to think of myself, my limitations, and the other people in my life to whom I am responsible. The solution was that I would have to find other ways to use my skills, and not at the expense of over-extending myself or my family.

Some may say: what a waste! You have G-d given talents and you must use them! You have to utilize your gifts so you can be satisfied and then better serve your family! You can’t sacrifice yourself and your own needs and desires for the sake of your family!

This is the hardest thing: not neglecting yourself and your strengths in the seasons of life where you are primarily a giver, a nurturer, and a provider to your family. It is a real struggle to find ways to use those G-d given talents while recognizing that you may need to take a back seat and not utilize them to the grandest scale because you chose to be responsible for other people in your life, besides you.

This was my experience and my realizations about what “Family First” means for me. For other women in charge, they may have made the decisions that work best for themselves and their family. They may be constantly evaluating ways to improve their balance, but their projects are important to them, worth the work — and maybe required of them as part of their job. These women may find they are able to keep the balls in the air all at once, and enjoy doing so. There is a myriad of personal and environmental factors at play.

And most certainly, the mandate that “chesed starts at home” applies equally to men as well. Men also have to find the right balance of giving to our shuls, schools and organizations, which are in need of both leaders and helpers, and fulfilling their roles as husbands and fathers. The struggle is equally real, as well as the need to have capable people who are community-minded and are dedicated to the klal. Striving for balance in daily life is a task for all human beings, regardless of gender.

As a female, I share this personal story for women in particular to consider that the lady on the stage, the one who is running the show, who is on the radio and interviewed in the videos and in the articles, may indeed be struggling with finding balance. Every choice we make has a price. Some we pay intentionally and other prices we pay without even realizing it. Don’t assume anyone is Wonder Woman. Because Wonder Woman not only exists only on the silver screen, she isn’t even human.

This article appeared in The Chicago Jewish Home, volume 1, #7.

About the Author
Alexandra Fleksher is an educator and published writer on Jewish contemporary issues. She holds a M.S. in Jewish Education from Azrieli Graduate School of Jewish Education and a B.A. in English Communications from Stern College for Women. Her essays have been published in various blogs and publications including Klal Perspectives, Hevria, The Lehrhaus, Torah Musings, Cross Currents, and The Five Towns Jewish Times. She lives in Cleveland, Ohio, with her husband and four children.
Comments
Advertisement