I know it’s been a few days, or more, since the Rebee’s would-have-been-120th birthday.

The truth is, I wanted to write this for a while but I haven’t had the time…but Pesach is the best time for this story!

Just 8 days after I turned 2, my mother had a baby. The baby was born with many complications. She was premature, her intestines were sitting outside of her stomach cavity, she had holes in her heart and damaged lungs and it was clear that she wasn’t going to make it. 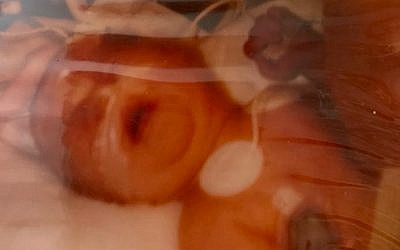 Talya was born on י”ב ניסן, one day after the Rebee’s birthday and three days before Pesach. Shortly after her birth my parents were told, by the Chief of the Department of Neonatal Pediatrics at a leading New York Hospital, that she probably wouldn’t live more than a few days or weeks. He said that the size of the opening of her aorta was incompatible with life. He then said they would be assembling an ethics committee to initiate a decision to remove her from a ventilator machine, which was keeping her alive. When my father was told this he immediately called Rabbi Manis Friedman in Minnesota, whom my parents had a relationship with. My father was told to immediately go to the Rebee who was conducting a Fabregan at that moment in 770.

My father walked out the front door of the hospital late at night, waved down a taxi and arrived at 770 just as the Rebee concluded the Fabregan and began walking to the back of the hall to the staircase leading up to  his private room.

Detour with me for a second. My father anxiously flagged down a few taxis that drove by, but each one rejected to drive him to Brooklyn, probably for fear of not finding any passenger needing a ride back to Manhattan that late at night. But on the fourth attempt he spotted a taxi driver, this time, oddly enough,  a woman cabby. My father, attempting to take advantage of this unlikely occurrence, had an idea and blurted out, “Are you a mother?”. She nodded affirmatively.  My father then said, “Then you know how painful it would be to lose a child. Please help me…”. And she did.  As my father was telling her where they were going and why, she not only took him there but sped through the streets of Manhattan and Brooklyn to get him there in record breaking time. My father would later relate, that it made no sense that a woman, a mother nonetheless, would be driving a taxi at those hours of  the night in the streets of NYC.

But back to the story. Approaching the Rebee would be an all but impossible feat. But my father had all of two minutes to come up with a plan as the Rebee was making his way out of 770 towards the staircase. He noticed the Chasidim were creating a human barrier, with locked arms, protecting the Rebee from any intruders. My father, wearing his black jacket and Yeshiva hat figured he could get away with it. With rapid and brisk movement, he approached the human chain, carrying with him a facial demeanor meaning to protect the Rebee against any and all such audacious interrupters, and he joined hands with his fellow Chasidim in arms. Then at the critical moment as the Rebee was about to make his way past my father, my father released his grip, threw himself down before the Rebee, falling to his knees and began to briefly explain the situation and beg him for a blessing. The Rebee was initially a little startled by this act of desperation on the part of the double-agent in his midst. But he listened, then smiled, then told my father what to do. Be B’Simcha, be Happy, and he walked away with an even bigger smile than before!

And… she lived. And my parents’ Seder the following night was unlike any other.

My mother said goodbye to Talya every day for a year not knowing if she would still be there in the morning. But Talya lived through many dangerous surgeries including fixing her omphalocele, and trying to mend her heart and lungs, in those first several months.  She lived the first 3 years of her life in the ICU of Columbia Presbyterian Hospital. My mother spent her days walking a few blocks from our Washington Heights apartment to the hospital spending her time with my sister while I was at nursery. My father would show up in the evenings a few nights a week and walk up the 12 flights of stairs up for his weekly Shabbos afternoon visits, to give over some Shabbos to his daughter. He would sing her all the Shabbat zemirot! And this went on for three years.

During this time, I went very often to 770… many many times.  I remember on one occasion going to 770 and getting lifted up by a sea of black coated men and hats because I somehow got separated from my Dad in all the hustle and bustle…until I was safely returned to him. But believe it or not, I don’t have any specific memory of meeting the Rebee. And I’ve never been able to find a picture online proving I was there. But what I do have are dollars. In fact, I got five $1 bills from the Rebee and at one distribution my father brought me to,  we both got a $5 bill and a pink bound Kuntress in honor of his Rebbitzen’s Yahrzeit.  Look it up, he only gave out $5 bills twice, and one of those times I was there with my Dad. As written in the book “The Rebee ” which by the way I highly recommend,  Bob Dylan also has a $5 bill. Maybe we were standing in line together. 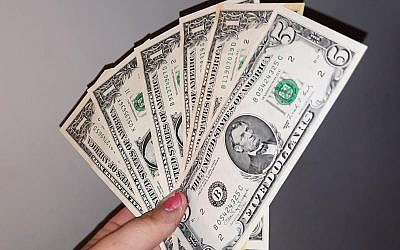 When the Rebee passed away in 1994, I was 8. And this is for real: I found a diary entry in my childhood diary that says : “I had a really bad thing happen, my Rebee died… I love him… and I thought he was mashiach but I guess it’s not true.” I must have been devastated. 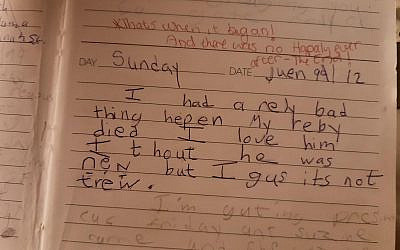 I know we went to his lavaya. I remember it was raining a little.

By the way, I went to a very litvish charedei elementary school, had a more modern/carlebach/cowgirl-hat-wearing kind of mother, a very involved atheist grandmother, not to mention I was growing up with 24/7 nursing  in my home where I was exposed to so many cultures and ethnicities. So the fact that I was also part Lubavitch, from my father’s influence,  was just part of my eclectic mosaic.

I was raised with many Lubavitch minhagim (customs)…some which I still keep today. I started lighting a Shabbat candle when I was 3, we didn’t sleep in the sukkah or decorate it, and our Seder was infused with Lubavitch vibes. But tachlis, we were not Lubavitch.

I always loved chabad but I didn’t feel a connection to the Rebee in high school. Only after many years of exposing myself to chassidus, and reading endless stories and books about the Rebee, did I learn to really appreciate who he was, what part he played in my life and the gratitude I felt towards him for giving my sister the blessing of life.

I don’t consider myself a Lubavitcher, but when I go to shul, it’s only at chabad. And that has nothing to do with the fact that their minyan starts at 10. 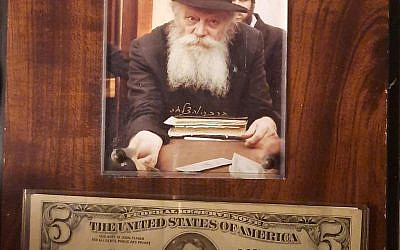 I only have respect for my father’s Lubavitch (!!!) lifestyle he has chosen since my parents divorced when I was 17 and my sister Becky, who is ten years younger than me,  who has chosen the complete chabad lifestyle. I  have been to the Ohel, where the Rebee is buried,  many times. I sent my kids for a summer to the Gan Izzy I grew up in. And I always get a warm fuzzy feeling when I see Chabadnakim offering tefillin to strangers on the street.

So, at this time of year, I want to say thank you to the Rebee, on his belated would-have-been 120th birthday,  for everything he did for the world,  but personally for telling my parents to be B’Simcha in a tough moment which would be a key factor in my sister’s recovery. His Bracha combined with my parents Simcha (plus some Babi Sali wine, which is another story entirely) would end up saving my sister’s life. Oh ya, and she just turned 34, three nights before Pesach! And did I mention that she is awesome???

Happy birthday – I love you Tali-Walli!!!