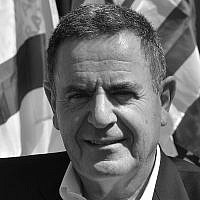 The Blogs
Jonathan Davis
Apply for a Blog
Please note that the posts on The Blogs are contributed by third parties. The opinions, facts and any media content in them are presented solely by the authors, and neither The Times of Israel nor its partners assume any responsibility for them. Please contact us in case of abuse. In case of abuse,
Report this post. 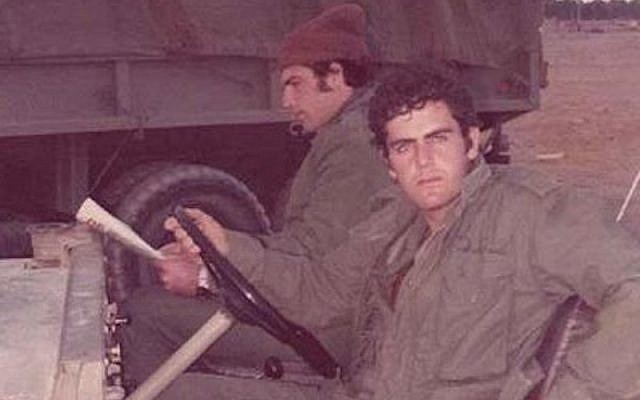 As we edge toward another Yom Hazikaron, and we remember and honor our fallen heroes, memories of my days as a lone soldier during the 70s come flooding back.

I fondly remember Captain Nehemiah Tamary, Commander of Sayeret Tzanchanim (Paratroopers Brigade), who in 1971 heard that his lone soldier, Jonathan Davis, had nowhere to live. He immediately took me under his wing and to the Ministry of Absorption in Jerusalem, where he demanded from one of the senior people on duty to find me housing. This is how I came to live in a room in a building on Stern Street in Kiryat Hayovel. Years later, that same Nehemiah Tamary, now a general promoted to head of the IDF’s Central Command, was killed in a helicopter crash outside of Jerusalem.

In remembering him and his kindness, another memory comes to mind — that of myself, a tired, weary soldier, coming back from the Yom Kippur War after two months of not being to that same little home that Captain Tamary had secured for me. It was an eight-story building with no elevator, with three of the floors below ground.

To paint you a picture of my living arrangements, the stairways were usually very dark and I often had to use a flashlight to make my way. This was because my neighbors were poor immigrants and many of them used to take the lightbulbs out from the hallways and into their own apartments when theirs burned out. There were even fuses missing. The building was in disarray and very badly kept, with garbage that had been thrown out of kitchen windows strewn around the grounds at the front of the building.

I did not know my neighbors at all. I was a young, lone soldier who had immigrated to Israel from California. Even aside from the fact that I was in the army most of the time, I felt a huge cultural and mental distance between those people and myself. There seemed to be nothing in the world to connect us. They were all much older, from a completely different culture (the Aliyah department traditionally sent immigrants from the FSU and especially from Georgia to there) and they spoke little to no Hebrew.

Back to this memory: I was just returning from the Yom Kippur War and as I walked up the path to my building, I noticed that my mailbox was painted red. It was the only one among all the mailboxes marked in red. Even the few letters in my mailbox were glued together by that red paint.

Of course, I was stunned, even a little angry, and I immediately turned to an elderly gentleman who usually sat at the entrance of the building sipping tea with nana (mint) leaves. He seemed to be some kind of senior leader who took care of the building’s affairs, and he wore a beautifully knit skullcap. I told him that I very rarely had anything to say concerning anything to do with the building and that I could not, for the life of me, fathom what these residents had against me personally so as to so visibly single out my mailbox.

It was at that moment that I realized that the blood flowing in the veins of these new immigrants, whose mentality I could not understand, was the same Jewish blood that flowed through mine. The simple fact was that we were all Jews in our Jewish homeland. In that one moment my whole attitude began to change and I actually began to establish unlikely friendships with some of those neighbors. I understood their love of their fellow Jew, their love of the Land of Israel and their love of the IDF.

This was my lesson in not judging others based on superficial things.

This is my Israel. 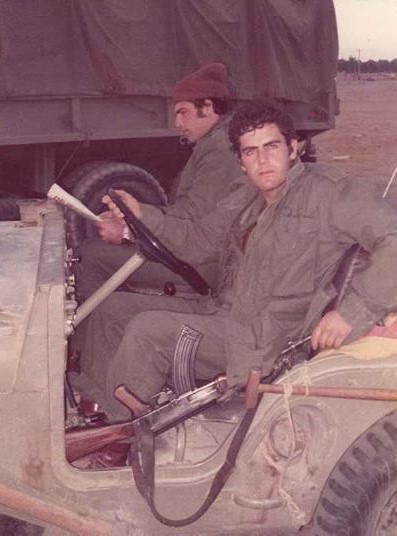 About the Author
Jonathan Davis is head of the Raphael Recanati International School and vice president for External Relations at the Interdisciplinary Center (IDC), Herzliya, Israel’s first private, not-for-profit university. He is also a member of the Advisory Board of the International Policy Institute for Counter-Terrorism. Mr. Davis also serves as a Lieutenant Colonel (Res) in the IDF Spokesman’s office.
Related Topics
Related Posts
Comments