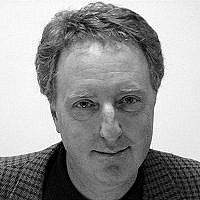 The Blogs
Ira Mehlman
Apply for a Blog
Advertisement
Please note that the posts on The Blogs are contributed by third parties. The opinions, facts and any media content in them are presented solely by the authors, and neither The Times of Israel nor its partners assume any responsibility for them. Please contact us in case of abuse. In case of abuse,
Report this post.

On the day after Shavuot, a plane from Dubai touched down on the runway in Cape Town, South Africa. On board was a 78-year-old Jewish South African pediatric oncologist named Cyril Karabus. On hand to greet him when he stepped off the plane were hundreds of well-wishers – members of the South African Jewish community and other people, whose lives Dr. Karabus had touched and saved.

There were many people who worked tirelessly for Karabus’s release, but one very important person who was not at the airport to see him reunited with his family was Irwin Cotler, a Canadian parliamentarian and former Justice Minister. Although the two men have never met, the joyful reunion at Cape Town airport might not have occurred if not for the efforts of Mr. Cotler.

The saga that led to the Canadian MP helping save the life of a South African doctor who, over the decades, has saved the lives of countless children, began last August. Returning from his son’s wedding in Toronto with his wife, his daughter and son-in-law, and his grandchildren, Karabus was arrested at the airport while making a connection through Dubai.

Ten years earlier, Karabus had worked briefly at a hospital in the Emirate state of Abu Dhabi, filling in for a colleague. While serving at Sheikh Khalifa Medical Center, he treated a three-year-old child suffering from acute myelocytic leukemia. The child, unfortunately, died. Karabus fulfilled his contract at the hospital and returned home to South Africa without any suggestion that her death was a result of negligence, malpractice, or worse.

But it was worse – much worse. Unbeknownst to him, he was tried and convicted in absentia of manslaughter in 2004 – an unfortunate fact he would not find out about until he was led away from his family in handcuffs and shackles.

The next two months were spent in a squalid prison in the late summer heat of the Arabian desert awaiting a retrial. During this time he was repeatedly denied bail, and was allowed only brief and sporadic communication with his family. Trial dates were set, only to be postponed for lack of evidence on the part of the prosecution. Supposedly incriminating medical records were repeatedly promised to his defense lawyers but never materialized.

The months dragged on and, in spite of being cleared of any wrongdoing by a medical review board and eventually being acquitted of the charges against him, authorities still refused to clear his release from Abu Dhabi.

Recognizing that international attention and pressure was the only leverage available to force the hands of Emirati authorities, Karabus’s family and friends sought coverage of his story in the Western media. (Full disclosure: my wife is Karabus’s cousin.)

The New York Times declined the story on the grounds that the international section does not cover “human interest stories.” (The paper finally did write about his case in April.) The Wall Street Journal, CNN and several other prominent news outlets showed initial interests only to back away without explanation. With the exception of a single story in the Toronto Globe and Mail, the story went largely unreported outside of South Africa.

Exasperated, my wife reached out to Cotler, a noted advocate for human rights advocate. Over the course of his career, Cotler worked to gain the freedom of political prisoners like Nelson Mandela and Natan Sharansky. Cotler not only responded to a cold call to his Montreal office, but met personally with my wife during a speaking engagement in Seattle.

From that point on, Cotler worked tirelessly to exert whatever pressure he could on the government of Abu Dhabi, both in his capacity as an official of the Canadian government, and through international human rights organizations. Though it was never explicitly stated, it was evident that Cotler’s passion for the case was also motivated by his deep concern for a fellow Jew held hostage in a hostile land.

While the international news media continued to ignore Karabus’s story – and its cautionary tale for other Western professionals considering employment in the Emirate states – Cotler finally broke through the silence, publishing lengthy op-eds in the Wall Street Journal and the Huffington Post.

Had it not been for these efforts, both public and behind the scenes, it is likely that Karabus would still be a captive of the Kafkaesque Emirati justice system. Instead, thanks in large part to Cotler’s role, the international pressure that was needed all along to gain his release finally materialized and the government of Abu Dhabi finally relented and ended his nine-month ordeal.

To Cyril: Welcome home, back to your family and your community.

To Mr. Cotler: The Talmud describes the act of redeeming hostages, pidyon shvuim, as a “mitzvah rabba,” – a mitzvah truly worthy of reward and recognition. Kol HaKavod and thank you.