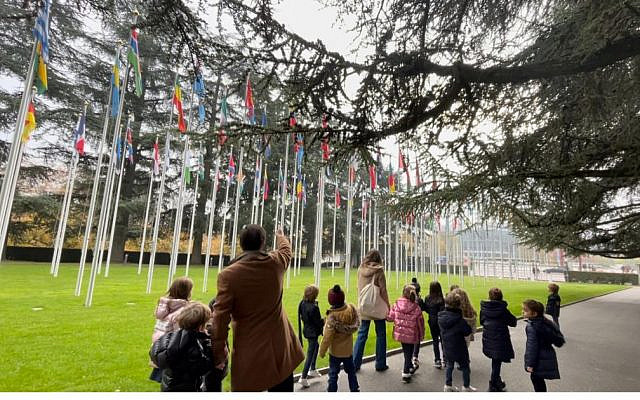 A joint personal journey with a successful outcome

In 2006, as a Director of the NGO Campaign on the Right to Peace we jointly started a long and decisive journey until the recognition of the right to peace by the United Nations. Our global coalition represented around 2,000 NGO worldwide. Some national parliaments, city councils and universities also joined the coalition.  This Global Appeal brought us to Sarajevo, Oswiecim, Dakar, Alexandria, La Havana, Addis Abeba, Caracas, Santo Domingo, Morelia, Bogota, Santa Fe, Washington, New York, Nairobi, Mexico DF, Dakar, Gwangju, La Plata, Johannesburg, Sarajevo, Rome, Kampala, Buenos Aires, Montevideo and Limassol. We wanted to make this world a safer place for the new generations to come.

Not everyone has the opportunity to realize their aspirations & dreams in life because of various circumstances and difficulties. But this was not the case of the right to peace. Its fulfillment is today important for the stability, peace and security in the Middle East and the world. The adoption by the United Nations General Assembly of the Declaration on the Right to Peace in 2016 was an important milestone in the recent history of multilateralism. This was a long journey to peace and also my personal experience in one of the most enriching adventures with a successful outcome. This diplomatic achievement teaches me that peace needs determination, dedication and conviction.

Although the story started in UNESCO in 1997 under the leadership of Federico Mayor, the legal process was initiated in 2008 by the Human Rights Council (HRC) with the adoption of the resolution on the “Promotion of the right of peoples to peace”. It was inspired by previous resolutions on this issue approved by the UN General Assembly and the former Human Rights Commission, particularly the GA resolution 39/11 of 12 November 1984, entitled “Declaration on the Right of Peoples to Peace” and the United Nations Millennium Declaration. For many people, including myself, this was a moment of happiness, joy and satisfaction after two years of intensive work with social movements, universities and academics.

Two years later our aspiration kept the momentum at the United Nations. In 2010, the HRC approved the resolution 14/3, requesting “the Advisory Committee, in consultation with Member States, civil society, academia and all relevant stakeholders, to prepare a draft declaration on the right of peoples to peace… “.

Therefore, the Advisory Committee (AC) adopted on 6 August 2010 the recommendation 5/2 on the promotion of the right of peoples to peace, establishing a drafting group chaired by Mona Zulficar (Egypt) to prepare a draft declaration on the right of peoples to peace. In light of this mandate, the drafting group initially prepared a progress report on the right to peace, which was submitted to the HRC in its 16 regular session (June 2011). Since then, the cooperation with Egypt positively increased until today.

On 12 August 2011, the AC adopted recommendation 7/3 entitled “Drafting Group on the promotion of the right of peoples to peace”, by which it took note of the second progress report submitted by the drafting group (paragraph 1); it welcomed “the responses received to the questionnaire sent out in April 2011, and the discussions and statements made during its seventh session” (paragraph 2); and it welcomed “initiatives by civil society to organize discussions on progress reports of the Advisory Committee with Member States and academic experts” (paragraph 3). Another important landmark for us was the recognition of our contribution by a United Nations body!!.

After two years of debate and international lobby, the HRC decided in 2012 to “establish an open-ended intergovernmental working group with the mandate of progressively negotiating a draft United Nations declaration on the right to peace, on the basis of the draft submitted by the Advisory Committee, and without prejudging relevant past, present and future views.”  Ambassador Christian Guillermet-Fernández (Costa Rica) was elected by the Working Group as its Chairperson-Rapporteur, by acclamation. He was nominated by the Group of Latin American and Caribbean Countries (GRULAC).

In the first session of the OEWG, held in Geneva from 18 to 21 February 2013, Mona Zulficar, Chairperson of the Drafting Group at the AC said that the right to peace includes not only negative peace, but also positive peace which addresses the conditions for just and sustainable peace and enables building an environment conductive to social justice, respectful of human dignity and protective of all human rights. On the other hand, Ambassador Christian Guillermet underlined the basic principles, which should conduct the session of the Working Group (i.e. transparency, inclusiveness, consensus, objectivity and realism). This is the so-called “TICO approach”, a very successful negotiation process based on the best good practices in diplomacy.

The Advisory Committee’s text identified, in cooperation with some civil society organizations, the main elements which should be part of the future Declaration. The great added value of the Advisory Committee’s text was its elaboration on all linkages between the notion on peace and human rights, its efforts to mobilize civil society organizations and also to create the notion of the human right to peace by putting together all these elements in the form of a Declaration. Afterwards, this enabled Member States to make a global assessment about this text and eventually accept or reject it as a good and useful basis to continue the work on this topic.

In the first session, the OEWG witnessed that the text presented by the Advisory Committee was not properly supported by Member States. Consequently, some delegations stated that the last phrase of the resolution 20/15, which indicates “and without prejudging relevant past, present and future views and proposals,” opened the possibility to change it with new ideas and formulations. In addition, they added that a declaration should also be realistic, containing common denominators that are acceptable to all. In this specific moment of the process, I had the privilege to join the team of Costa Rica in Geneva with the clear mandate of advising the Chairperson-Rapporteur during the negotiation process with governments. I put all my positive energy, legal acknowledge and experience at the service of Costa Rica.

In order to keep the important work done by the Advisory Committee in the drafting process of a Declaration, the Chairperson-Rapporteur rightly decided to recuperate the spirit of the Council resolutions 14/3 of 2010 and 17/16 of 2011, which clearly invite all stakeholders to promote the effective implementation of the Declaration and Programme of Action on a Culture of Peace. It was noted that all the main elements on the right to peace identified by the AC had previously been elaborated by Member States, international organizations and NGOs in the Programmes of Action on Vienna and Culture of Peace. Consequently, the right to peace and culture of peace are different sides of the same coin. This approach was welcomed by different stakeholders, including many civil society organizations.

Finally, on 1 July 2016, the HRC in Geneva adopted a Declaration on the Right to Peace by a majority of its Member States. It was the result of three years of work with all stakeholders, in which the role played by some civil society organizations was relevant. The resolution 32/28, to which the Declaration was annexed, was presented by the delegation of Cuba. In its presentation, they emphasized that the adoption of this Declaration was framed in the context of the bilateral ceasefire and cessation of hostilities signed in Havana, between the Government of Colombia and the Revolutionary Armed forces of Colombia-People’s Army (FARC-EP).

Five months later in December 2016, the Declaration was adopted by the General Assembly. This was a decisive moment to consolidate all the efforts made to recognize the Human Right to Peace. I remember that the day of the adoption I was following in live and solitude the session from my screen at the UNESCO Liaison Office in Geneva. The first thoughts which came to my mind were the hard efforts displayed by many NGO, governments and people of “good faith”.  A process which started by UNESCO nineteen years ago in Paris was definitively accomplished in New York. The first peace legal instrument of the XXI century was adopted by the highest world body of the United Nations. Our dream and aspiration came true.

The Declaration recognized that international and national institutions of education for peace should be promoted in order to strengthen among all human beings the spirit of tolerance, dialogue, cooperation and solidarity. To this end, the Declaration indicated that University for Peace should contribute to the great universal task of educating for peace by engaging in teaching, research, post-graduate training and dissemination of knowledge.

I would like to stress that the Declaration was the result of the tireless efforts of many peace activists and some sectors of civil society for years at the national & international level, which have shown that genuine dialogue among all stakeholders and regional groups are the foundation of peace and understanding in the world. An important group of these civil society organizations stressed in an open letter addressed to the diplomatic community that:

“in today’s world, devastated by armed conflicts, hate and poverty, the recognition and declaration by an overwhelming majority of states that “Everyone has the right to enjoy peace”, would send to Humanity, and in particular to young and future generations, a very much needed message of peace and hope. Our organizations cannot but recognize the great importance of such message. The adoption of the UN Declaration on the Right to Peace will represent a little step forward toward the fulfillment of the solemn promises we made in 1945”.