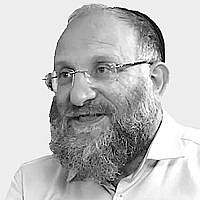 The Blogs
Dov Maimon
Apply for a Blog
Advertisement
Please note that the posts on The Blogs are contributed by third parties. The opinions, facts and any media content in them are presented solely by the authors, and neither The Times of Israel nor its partners assume any responsibility for them. Please contact us in case of abuse. In case of abuse,
Report this post. 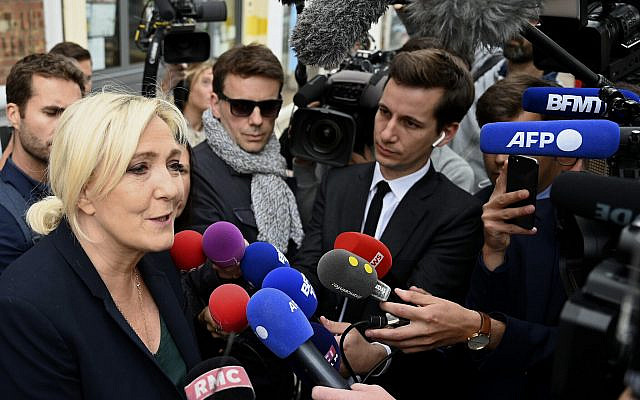 The massive electoral breakthrough of the anti-system parties in France last Sunday had been feared for a long time. After Hungary, Austria, and Spain, it is now the turn of “the homeland of human rights” to find itself under threat. Forty-eight percent of the new parliament members belong either to the far-right bloc (17.3%) or to the leftist coalition (31.6%), under far-left leadership.

When comparing the number of voters in this election to that of the previous round of elections, we find an even more striking expression of the French public’s anger toward the government: in 2017, the far-right won 8 of 577 seats, this year it garnered 89 seats. By contrast, the extreme left, which won 17 seats in the last elections, received 79 this time around. With 142 seats, the leftist coalition has become France’s second most powerful bloc after the ruling party, which received 246 seats.

The political change reflects a worrying deep-seated trend: half of the French populace feels excluded from the achievements of globalization and its promise of economic prosperity. Liberal democracies are under populist attack and if an effective response isn’t formulated, the feeling of being excluded, passed over, will deepen and chip away at the liberal ethos that allowed democracies and their Jewish communities to thrive.

The two extremist blocs flanking President Emanuel Macron’s party disagree about nearly everything, but they share a sense of anger and frustration. They are pessimistic about the future, aware that their country’s contemporary human landscape no longer resembles that of their childhood. These citizens are justifiably afraid that they won’t be able to provide their children with the comfort, social status, and opportunities they enjoyed in their own youth. The two blocs differ, as expected, in their approaches to national identity, immigrant rights, and foreign policy. The right wants a return to the secular-Christian identity of old France, while the left aspires to build a new France characterized by multiculturalism, open borders to non-European immigration, a respectable place for Islamic culture, and diminished nationalism. The far left has coined the term “creolization” to refer to the new societal project – based on the mixing of races and cultures between the indigenous French population and the descendants of the last decades’ migrants – they envision a new French DNA that would obviate the social divisions that have immobilized France in recent decades.

In terms of economic outlook, it is fair to say that the voters of the two anti-system blocs are quite similar; that is why we saw millions of voters switch from one extreme to the other in the last Sunday’s elections. The constituents of the extremist parties share a hatred of the neoliberal ruling party that helps the powerful and exacerbates social disparities. Both blocs support a generous welfare policy for the weak and the disadvantaged.

Macron’s ruling party no longer has a parliamentary majority, and will therefore not be able to form a government on its own. It will have to accede to the demands of the half of the French citizenry that wants a welfare state. This will make France a less competitive country – there will be brain drain and an industrial exodus. Overall, it will accelerate the decline in which France has been mired for decades. The transformation could, however, prove to be a blessing in disguise: out of today’s chaos a shared and unifying social vision could arise, a new kind of vision oriented both toward helping the needy and ensuring economic effectiveness – the successful Scandinavian model.

We would all benefit if France were to once again become the productive nation it once was, and reclaim its former glory. The current level of resentment and social division, however, render such a scenario improbable, to say the least.

And if you ask, as well you might, what this story of globalization and those excluded from it has to do with the Jews, know that in Europe, for generations, all economic and identity crises have been accompanied by waves of antisemitism. The Jew was, and to some degree remains, the “ultimate other,” the eternal scapegoat blamed for all the world’s problems and difficulties. The new narrative of today’s oppressed groups is a simple one: The Jews, and the State of Israel have successfully integrated into the global economy (this is factually true), and their success comes at the expense of the oppressed groups (here the causal relationship is much less clear).

To be more precise, the right and the left have different scents with regard to the Jews; the far right stinks of neo-Nazi antisemitism, while the far left reeks of Marxist-Islamist antisemitism. There are other differences as well: for historical reasons, the right’s antisemitism is better concealed than the left’s, which unabashedly cloaks itself in anti-capitalist, anti-colonist garb. At bottom, Jew-hatred and Israel-hatred are more conspicuous on the left than on the right. In the UK, former Labour Party head Jeremy Corbyn was ousted due to his close connections with vehement antisemites, but he was welcomed and celebrated last week in Paris by the leader of the far-left, Jean-Luc Melenchon, as the anti-colonialist prophet. Trumpeting Corbyn as a role model was meant to broadcast conclusive proof to Muslim voters that the left, this time, would be faithful to the anti-Zionist, anti-Western Islamist agenda. Consequently, almost all leading Muslim voices, even the chief imam of Paris, called on voters to cast their ballots for the far left.

Implications for the Jewish people

This recent political change will only accelerate processes that have been underway for decades. Jewish communities have flourished in liberal democracies and this breakthrough of extremists does not bode well. The Jews will build fortified synagogues and cohesive communities, and will progressively live among themselves without much social integration. They will likely adopt the model of Jewish life on society’s margins – as in South Africa and Brazil. It is a way of life that is certainly not ideal but is, nevertheless, a familiar, proven, and sustainable exilic model. The more daring among them, and those with the requisite mental and economic resources, will emigrate to Israel or to America, while the others will continue to self-segregate, aware that they are living in a country in an economic slow burn.

What is happening in France reflects a worldwide trend: the attack of political extremism on liberal democracy. The Jews have found themselves on the front lines due to their status as an unprotected minority, but all French citizens are under attack. A society that does not take care of its weaker members or work to reduce social disparities is fertile ground where frustration and anger grow. This is true not only of France, but also of Israel and the United States. We must work to establish a society that more fairly distributes the fruits of its economic growth among its citizens; a society that embraces the weak and allows them to contribute their share to the well-being of all.

About the Author
Dr. Dov Maimon is a Senior Fellow at the Jewish People Policy Institute. An agricultural engineer and expert on Jewish thought by training, he coordinates JPPI's activity on sustainability and the climate crisis.
Related Topics
Related Posts 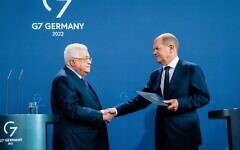