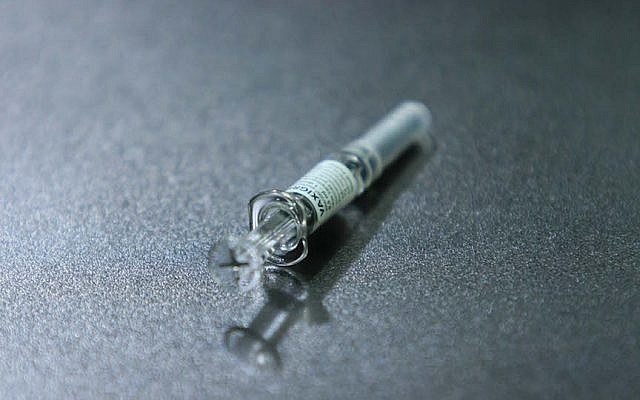 The following is a shorter blog post than usual (thank G-d). It is my answer to a friend of a friend who does not believe in vaccinations, based on an article from the Internet. I have marked out the harsh language I initially used in my response, but I do leave the placeholders, so that you appreciate the emotion that I and so many doctors have about this issue.

“I am more than aware of the naysayers about vaccinations. I can clearly not convince these naysayers otherwise, just as I cannot convince most UFOlogists that we are not regularly being visited by Hugh Jackman-look-alike aliens.

Nevertheless, this is how I see things. And let me already say that doctors make mistakes. Sometimes fundamentals in medicine change. The LIKELIHOOD of that, with regards to vaccines is near to 0 (and nothing is ZERO).

Vaccines have saved millions of lives over the decades. There are few things in medicine that are better proven than the effect of vaccines. The risk of vaccines is a tiny fraction of the benefits. Very few doctors fail to vaccinate their own children. The ones who don’t, are ostracized. Those who claim that vaccination leads to autism, seem to ignore the risk of severe brain damage and death that comes from the lack of vaccination. Measles caused Helen Keller to go blind and deaf. Polio killed millions and put more millions in wheelchairs and iron lungs because they were unable to breathe on their own. I also have children and all three are special needs, who after years of work, were able to integrate into regular schools. And I would rather that all have autism, instead of severe brain damage and death.

If a patient does not trust a doctor in regards to the medical literature about vaccines, why does a patient trust a doctor when that same doctor prescribes antibiotics for an ear infection or says that there is no evidence of a heart attack or claims that the x-ray is within normal limits. The risk of errors in just the three things I noted is much higher than the risk from vaccines. I appreciate that understanding this point requires some basic understanding of statistics. So I would say to such a person, either learn statistics and basic epidemiology or shut the **** up and listen to your doctor. Those are the only two responsible things to do.

And if the naysayer claims that they have studied epidemiology and have come to the conclusion that vaccines are unnecessary, then they are brain dead and there is nothing I can do for them. If a person decides that there is no need to vaccinate as long as everybody else vaccinates, that is exactly what led to the outbreak of measles in Disneyland. In other words, if you are going to be a selfish p***k, you definitely deserve what you get.”

I suspect that some people will be offended by what I wrote. If these people are not vaccinating their children, then let them be offended. Also, let them be denied access to schools, public pools, public parks, Disneyland, any place with pregnant women or people with cancer and other immune diseases, and public work places and any other place where they pose a danger to others.

Some things are just clear. Do you buckle your child into their special car seat? Do you know that these car seats can occasionally be the cause of severe injuries?

Older men who father children increase the child’s risk of autism. Should we deny men over 40 from having children? Should doctors tell older men that it is cruel and irresponsible to have children?

What about women who suffer depression? A recent study in JAMA Pediatrics demonstrated that “SSRI Use During Pregnancy [was] Associated with Autism Risk in Children”. Should we deny mothers with depression and mood disorders their medication? Is it better if these mothers harm themselves or others? Should doctors tell these mothers that it is cruel and irresponsible to have children?

In another study from JAMA, it was shown that “In this large, multiethnic clinical cohort of singleton children born at 28 to 44 weeks’ gestation, exposure to Maternal Diabetes diagnosed by 26 weeks’ gestation was associated with risk of Autism in offspring.”. Should we deny diabetic mothers the right to have children? Should doctors tell diabetic mothers that it is cruel and irresponsible to have children?

I could go on but if you really have not gotten the point by now, then please, put your tinfoil hat back on and wait for Hugh Jackman to come visit you.

To those who listened, Thanks for listening. And to those who did not, you are not worth my breath, except for the fact that you boldly endanger other innocent people