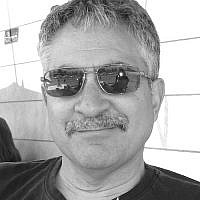 Khawalid is a beautiful town in the North of Israel.  Its residents are Bedouin who serve in the IDF in addition to other vital aspects of Israeli public service.  They are a few kilometers from a neighboring Kibbutz.  The Kibbutz has for many years had a paved access road. Khawalid has not.  The lack of a paved road means that in the winter residents of Khawalid often cannot pass and are forced to take dangerous alternatives routes that can delay accessing medical care, make getting to school challenging and simply make life more hazardous and difficult.

As a country and people that prides ourselves in multi culturalism and egalitarianism we have often missed the boat with our Bedouin brothers and sisters whose contribution to the state, the culture and the country are as much a part of the tapestry of Israel as the Kibbutzim, Jerusalem, our high tech sector and more.

Let’s be willing to be a bit more introspective and self-critical and not allow preferential treatment of one culture over another to become part of our national and cultural tapestry.  The residents of Khawalid have been generous by not presuming that there is an intentional delay.  Let’s be generous to ourselves by cutting through the self-imposed bureaucracy and paving the road that has already been approved with funding attached.  And an apology for the delay would make the road that much smoother.

About the Author
Yoel has worked in Lod as a Social Worker; he was a past member of Kibbutz Kissufim and served in the IDF as a Mental Health Officer. He is currently living in the United States and working as the CEO of a Public Health Hospital.
Related Topics
Related Posts
Comments