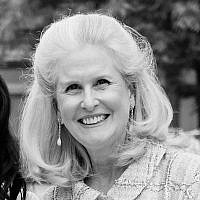 The Blogs
Lee Minkowitz
Apply for a Blog
Please note that the posts on The Blogs are contributed by third parties. The opinions, facts and any media content in them are presented solely by the authors, and neither The Times of Israel nor its partners assume any responsibility for them. Please contact us in case of abuse. In case of abuse,
Report this post.

In the last seventeen months, “PCR test” has become part of our lexicon. The PCR (polymerase chain reaction) test is used to check the presence of genetic material and is currently specifically used to detect the presence of the Covid-19 virus. Policy is currently being driven, society divided, and our lives shaken by the power of this test.

Can we connect the “PCR” test of the current pandemic to the Yamim Noraim?

In the davening of Rosh Hashanah and Yom Kippur, we daven the heartfelt prayer, composed by the 11th century sage, Rabbi Amnon of Mainz- the Unitaneh Tokef. Rabbi Amnon was constantly pressured to convert by the local Archbishop. On one occasion, he requested 3 days to consider the offer made to him, which essentially was a choice between converting and death.

Immediately after requesting “time to think about it”, he regretted his decision (as if it were even a possibility for him to convert) and he spent the three days in prayer. After three days, he was forcefully brought to the Archbishop. He was found guilty of not upholding his promise of returning to the Archbishop, and as a punishment R’ Amnon asked that his tongue be cut out for even considering  a conversion option. In addition to this punishment, the sadistic Archbishop amputated his feet and hands for not returning  as promised.

This event occurred before Rosh Hashanah. On that holiday he lay dying in the shul, and right before Kedusha, he asked the Chazzan to pause. With his last breaths he recited the original composition of this prayer – which is now one of the most significant parts of the High Holiday davening.

In the prayer, R’ Amnon paints a real picture of the various ways in which Hashem judges and enacts judgment on the world. Every year, it is possible to look back, and see negative events that have befallen the world paralleled by the words of the Unitaneh Tokef . The hope is that the prayer  moves us to repent properly and wholeheartedly, and that the negativity stops, and that our year is positively blessed.

The heavy prayer is concluded with the following words:

The PCR test detects the presence of a virus, and fragments of a virus. PCR tests are used to directly screen for viral RNA presence, which will be detectable in the body before antibodies form, or even symptoms of the disease are present. Just as the test can tell whether someone has a virus very early on in their illness/exposure,  so too we must “test” ourselves daily to avert the consequence of sin. In this way we can regularly monitor and regulate our behavior internally and externally.

Perhaps, this can be a point of reflection for our growth in the coming year.

Prayer is about subjecting ourselves, and completely submitting the power of the world to Hashem. Prayer requires introspection and a change of character to be effective. In prayer we give thanks to Hashem, and  confirm our belief that everything is derived from, and all our sustenance is sourced from God.

The term charity connotes giving charitable contributions. But the term originates in another realm in the Bible. Tzedaka means righteous behavior and is often paired with justice. In Jewish thought and tradition, material support for those in need is not a matter of charity – a term that implies generosity beyond what may be expected, but a requirement – Gemilut Chasadim loving kindness – the act of caring for others is a fundamental tenet of Judaism. This involves trying to look outside oneself to see the needs of others; not simply by giving money but perhaps by extending time, advice, and patience.

Finally, repentance, teshuva – Shuva – refers to getting closer to Hashem, maybe having a change of heart, or feeling some remorse for things not done in the past year. With determination and effort, depending on oneself alone, each Jew can spiritually change for the better. It is our goal to get closer to Hashem, but it starts with taking the steps to come closer. Again, this is a method by which we attest to the power and greatness of Hashem as our King of Kings.

The PCR test, as it relates to the High Holidays, and as a way to fend off potentially negative gezeiras, begins with looking inside yourself to avert the consequence of sin, and to subject ourselves to the Kingship of Hashem. Just as the PCR test is a powerful tool to diagnose Covid-19,  Prayer, Charity and Repentance are powerful tools for self-examination.

Rabbi Abraham Yitzvak HaCohen Kook z”l writes in the Orot Hateshuvot – 5:1 – that just as a properly functioning immune system naturally rids the body of viruses, and other injurious substances, our souls naturally cast away our sinful behavior when they function properly.  By prescribing ourselves a healthy dose of “Jewish PCR” we can hope to rid ourselves of negativity in our lives and bring about the goodness that is in store for us in the coming year.

About the Author
Lee Minkowitz lives in Toronto with her husband Joseph and is the mother, mother-in-law, and grandmother to her wonderful children and grandchildren around Canada and USA.
Related Topics
Related Posts
Comments