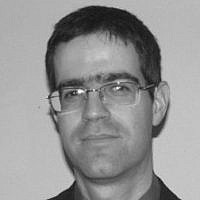 There is a funny clip regarding the 1966 movie, with two of its actors, Carl Reiner and Alan Arkin, both of them Jews:

In today’s reality, the Russians and the Israeli Jews may unintentionally face each other in the Syrian civil war.

Russia, in the Soviet era, used to be quite hostile toward Israel. The Soviet Union supplied Arab militaries, including the Syrian one, with thousands of weapon systems mostly armored vehicles, artillery pieces, aircraft and war ships. Syria also received economic aid and relied heavily on Soviet political backup. My upcoming book, Israel’s Way of War, examines how Israel dealt with Arab states like Syria.
Now the relations between Israel and Russia are better in spite of conflicting interests manifested with regard to Iran. Russia might supply Iran the S- 300, a sophisticated antiaircraft missile, which would make it more difficult for Israel to bomb Iran’s nuclear sites. Israel might attack Iran in case the latter breaches the agreement regarding its nuclear weapon, by trying to produce nuclear weapons.

The Russian presence in Syria is concentrated in an airfield near the port of Latkia, in the northwest of Syria. Russia has deployed ground units, although — at least for now — their mission is to protect their aircraft in the airfield and not launch attacks. There are too few Russian troops to conduct a major land operation, but there might be enough of them to secure their airfield, i.e., protect it against Syrian outfits. Russia does not want to repeat in Syria its bitter experience from the war in the 1980s in Afghanistan. Russia also wishes to avoid being attacked, as Western forces were in Afghanistan. For example, in a raid on a Western airbase on the 14th of September 2012, eight planes were destroyed or severely damaged.

Israel could help Russia by providing it with data on Syrian armed groups who might attack Russian units and camps. Although Syria is familiar to Russia, the latter has been involved in other countries like Ukraine while Israel focuses on countries near her, like Syria. Therefore Israel should know more than Russia about the chaos and the different parties in Syria. In return for Israeli information Russia could use its influence to prevent Assad from sending weapons to the Hezbollah in Lebanon, and stop Iran and Hezbollah from striking Israel in the Golan Heights.

All in all, Israel and Russia should do their best to coordinate with each other against their common enemies in Syria, while avoiding friction between Russian and Israeli forces.