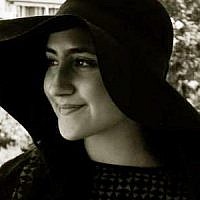 The Blogs
Jasmine Esulin
Apply for a Blog
Advertisement
Please note that the posts on The Blogs are contributed by third parties. The opinions, facts and any media content in them are presented solely by the authors, and neither The Times of Israel nor its partners assume any responsibility for them. Please contact us in case of abuse. In case of abuse,
Report this post.

The sound of that siren piercing through your entire body and soul is an experience no Jew forgets. It is heard from every corner of our small country on Holocaust Memorial Day and on Memorial Day for Fallen Soldiers and Terror Victims. On national remembrance days, when each of us stands in silence for two straight minutes, the siren serves as a way to commemorate the millions of Jewish individuals who were slaughtered and tortured during the Holocaust, and to honor the tens of thousands killed in battle defending their ancestral homeland or brutally murdered in terror attacks.

When I hear that siren on Holocaust Memorial Day, I think of this picture and clench up. 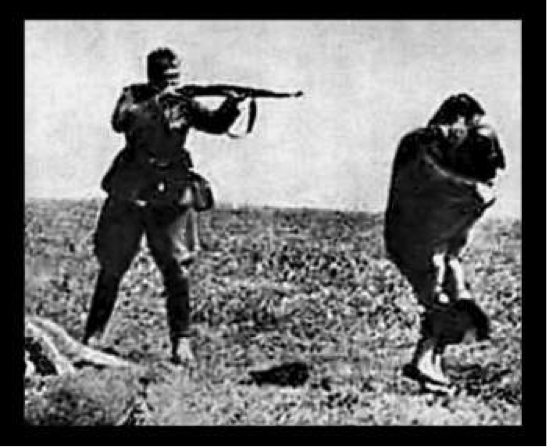 I think of mass graves. I try to think of what six million people perishing actually means, but then remind myself that the way to do so is by remembering the story of one. I think of people who resemble skeletons, starving and freezing to death. I think of choking gas filling their lungs. I think of desperate eyes, seeking salvation. I think of what a twisted and sick world we live in, and how evil man can be.

When I hear the siren on Memorial Day for Fallen Soldiers and Terror Victims, I think of this photograph, one that I took at the Acco Prison, where Jewish fighters were kept hostage and later hanged by the British. I think of each war Israel has fought through, and each country that has sought its destruction, year after year. I think of countless names of heroic soldiers now buried on Har Herzl. I think of that uniform, and what an honor it is for our soldiers to put it on each morning (even though from what I’ve been told, doing so is a hassle). I think of a restored pride to a people who have been continuously massacred throughout history. Finally, the siren on Yom HaZikaron makes me think about how Israel’s soldiers are its civilians and that there is no distinction between the two terms, because we are one people with one heart.

Earlier this week, I heard that same penetrating sound in a very different context for the first time. The siren that I formerly associated with my people’s difficult yet miraculous past is the same siren that is heard today, when a rocket from our terrorist neighbors is aimed toward homes, parks, schools (day cares – universities), malls, beach shores, cafes, airports, synagogues, and just about anywhere else the civilian population of Israel chooses to be. Although that siren sends chills to my bones each time it sounds, both on days of remembrance and during times of war, it unifies the Jewish people. We are together when we commemorate our ancestors’ suffering and sacrifices, but also when we have to run to bomb shelters at any hour of the day or night. The siren is a constant reminder to our people that the rest of the world has not, does not, and will [probably] not be on our side. We must break down the barriers that separate all of us, whether they are different political ideologies, sexual orientations, religious affiliations, or countries of origin. None of these things matter because at the beginning, middle, and end of the day, our enemies strive to wipe us off the map (G-d forbid). Why they seek our destruction is beyond me, and frankly, I don’t ever want to understand their logic because it is a mindset filled with hate, lies, and injustice. After three young boys, Eyal Yifrach z”l, Gilad Shaar z”l, and Naftali Frankel z”l, were kidnapped and murdered on their way home from school, Rabbi David Milston profoundly stated, “As I walk and cry, I will walk with pride that I am a Jew living in Israel, that I belong to a people that is often the victim… when the victor is so evil, so drenched in the blood of the innocent, then be proud that you are nothing to do with him, be proud that you represent the Image of G-d.”  Similarly, I take pride in not having anything in common with Hamas. I’m horrified by how little they care about life, whether it is the lives of Palestinian men, women, and children, or for the lives of Israeli citizens. Despite the world’s inaccurate accusations declaring Israel is an aggressor, an apartheid state, a genocidal regime, or all the other illogical titles it has apparently earned for itself, I support Israel’s right to exist and defend itself. Contrary to typical claims by the media, this country is filled with a populace that prays and longs for peace, including myself. The only reason so many Israelis take pride in their army service is because they have been given the opportunity to protect the lives of those they cherish most, against an eternal adversary. We are a nation that loves life. When making a toast, most people say “Cheers” or “Salute” (to health), but Jews exclaim “L’Chaim” (to life). This intrinsic saying among our people extends to our army as well. The primary goal of the Israel Defense Forces is not to engage in war and then have more graves to dig (G-d forbid), but rather to ensure that the Jewish people are able to continue living. As Golda Meir said, “We owe a responsibility not only to those who are in Israel but also to those generations that are no more, to those millions who have died within our lifetime, to Jews all over the world, and to generations of Jews to come. We hate war. We do not rejoice in victories. We rejoice when a new kind of cotton is grown, and when strawberries bloom in Israel.” So please, stop comparing our soldiers to Nazis, stop burning our flag, and stop spreading anti-Semitic garbage. We’re sick of it and we’re here to stay. Hearing the siren will not make us leave our home.

Since this mess broke out, I’ve had to rush to a bomb shelter six times in the span of three days, which is nothing compared to how often people living in other areas must do so. I’ve been fuming with confusion and frustration as to why rockets are flying over my head and the lives of everyone I care for are at risk. Nonetheless, my pride for this country and in the decision to build my future here has never been stronger. During the sirens I will be here, in the land promised to me by my Creator, with my people. To prove that we don’t stop our lives because of Hamas, I still celebrated the birthdays of three close friends by going out on Thursday night, regardless of how scared I was that while driving to the venue, a siren would go off, I’d have to lay down on the street and cover my head in case rocket shrapnel fell near by. I also traveled to visit my grandfather in Tel Aviv, even though the thought of a suicide bomber coming onto my bus was ingrained in my mind. I made it a point to stop at the beach, despite the fact that two Hamas terrorists attempted to come into Israel through the coast only a day earlier. If Jews didn’t move on and continue their lives, the Ancient Egyptians, Greeks, Romans, Persians, Crusaders, Inquisitors, Nazi Germany, the Soviet Union, and all the Arab countries that are anti-Israel, would win. By continuing to build vibrant and colorful Jewish lives, we fight back. When that siren goes off on Yom HaShoah and Yom HaZikaron, I will remember how they longed for the demise of all Jewry. When it sounds during a time of war, I will run to a bomb shelter, help a struggling person reach safety, listen to my Israeli neighbor’s sarcastic jokes as he attempts to comfort me, take a bomb shelter selfie, try to find the humor in the situation, and upset our enemy tremendously by protecting that which is most precious and sacred to us, life.

About the Author
Jasmine currently works at Jerusalem U, a non-profit organization that makes films to strengthen the connection of young Jews to the land of Israel and their Jewish identity. As a Baal Teshuva and Olah Chadasha from Los Angeles, she's experienced a solid amount of humorous, upsetting, and pleasant culture shock. Sometimes she chooses to write about it.
Related Topics
Related Posts
Comments