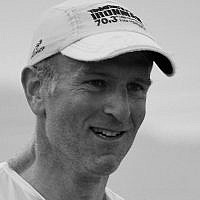 The Blogs
Joshua Kulp
Apply for a Blog
Please note that the posts on The Blogs are contributed by third parties. The opinions, facts and any media content in them are presented solely by the authors, and neither The Times of Israel nor its partners assume any responsibility for them. Please contact us in case of abuse. In case of abuse,
Report this post.

When I began my rabbinical school studies, one of my teachers warned me that the search for the authentic form of Judaism is not like coring through an apple. Do not be under the illusion, he warned me, that by digging deeper into Jewish sources I would eventually get to the core of Judaism, the seed from which the rest germinates. Rather, this inspirational figure in my life taught me, Judaism is like an onion. Below one layer is simply another layer, no more or less authentic than the layer above or below. Judaism does not have a core that is more authentic than any other layer in its existence. Each layer of Judaism, created over the span of thousands of years, is as authentic (or inauthentic) as another.

It is no secret that the Conservative movement, once at the epicenter of Judaism in America, is struggling to define itself. I grew up in the most Conservative Jewish family one can imagine — my father was a cantor, my mother youth group adviser, Ramah, USY, the works. Back then, and still now, if you asked a Jew what it means to be a Conservative Jew they would tell you that they’re not as religious as the Orthodox and they’re more religious than the Reform. But ideological commitment is not forged through simple negation of others.

The title “Conservative” was born out of an attempt to distinguish this stream from the earlier Reform movement from which it sprouted. The “Conservative” movement turned to Jews in America who were assimilating at a rapid pace and offered to “conserve” elements of their not too distant past, including traditional prayers recited in Hebrew, a commitment, at least among the rabbinic leadership, to maintain the Sabbath laws, some level of adherence to the dietary restrictions. These were all elements of Judaism that had been deemed largely irrelevant by the Reform movement. The success of the Conservative movement in these three elements has been at best mixed. Most Conservative Jews do not attend prayer services regularly, most do not observe the Sabbath in a substantive manner, and most do not adhere to the basic dietary restrictions. Indeed, in the United States it has become difficult to distinguish between the average Conservative Jew and the average Reform Jew. The term “Conservative” has become at best meaningless and at worst a sign of a certain degree of hypocrisy — the Conservative movement espouses ideals which its members do not in a meaningful way uphold.

At its most recent convention, the United Synagogue of Conservative Judaism began a process whereby the term “Conservative” is replaced by the term “authentic.” Jews crave “authenticity,” or so the polls taken say. But human beings almost always crave “authenticity.” Just ask the marketers who tried to replace Coca Cola with “New Coke.” For the term to have any meaning, and to avoid the accusations of hypocrisy that have been, at times accurately, hurled at the Conservative movement, it must be defined. If there is no basis for “authenticity” then the term turns into a vacuous defense of everything. What then is the basis for “authenticity” in Judaism?

The traditional basis for authenticity was text: the revealed text of the Torah and the interpretations that flowed from it throughout the centuries. The Jews were “the people of the book” and thus all that a Jew does should be anchored in some authoritative text. This is generally the definition of Judaism put forth by Orthodoxy, at least for the past one hundred or so years. And there is no doubt that it remains an active defense of authenticity in the thinking of rabbis of the Conservative movement. The Conservative movement has a “law committee” that, at least in theory, makes decisions as to what a Jew may or may not do. But most Conservative Jews do not live their lives by the decisions of the law committee. And even synagogues and rabbis that profess adherence to it, often bristle at doing so, and sometimes simply do not. Examples abound. Nearly all Conservative rabbis, and virtually every Conservative Jew, eats out at non-kosher restaurants despite the fact that the Conservative movement’s law committee has never offered a broad defense of such a practice, nor could it be easily anchored in traditional text.

This leads me to the question of a potentially broader meaning to the word authenticity. Eating out at non-kosher restaurant, to take the example from above, cannot be anchored in traditional halakhic texts. But if authenticity can be anchored not just in what texts say, but in meaningful practices observed by Jews, in what Jews do, than such behavior might well be deemed authentic. For several generations, Conservative Jews (and many Orthodox Jews as well) who define themselves as observing the laws of kashrut, have been eating out at non-kosher restaurants, avoiding non-kosher meat and other animal products. In other words, in the living experience of many Jews who believe themselves to be observing Jewish law, this was authentic religious observance. For such people, and the number is not small, authenticity is located in what a living community does. While it may seem that such a defense of Jewish authenticity is itself “inauthentic,” there is little doubt that this is how Jews observed their laws for most of Jewish history. Jewish practice was based, at least on many occasions, on what Jews actually did. This notion of authenticity would force us to encounter in a new way the fact that many Jews choose to marry a non-Jew. While texts deny the authenticity of such a choice, the fact that it is a choice made by so many, may mean that it is quickly becoming an authentic way that a Jew chooses to live his/her life.

Finally, there is I believe a more modern, perhaps more innovative, definition of Jewish authenticity. Jewish authenticity can, I believe, be based on Jewish history. Over the past century and more, Jewish (and non-Jewish) scholars have discovered a wide variety of Jewish practices that do not accord with rabbinic norms. Most Jewish texts were written by rabbis, but Jews did not always live their lives according to the ways that rabbis wished them to. Before the rise of the rabbinic movement in the wake of the destruction of the Second Temple (70 C.E.) there were varieties of Jews who practiced their Judaism very differently from that espoused by rabbis. Such groups continued to existe throughout Jewish history. Of course, rabbis did not generally bequeath legitimacy to such groups, and historically rabbinic Judaism has been the dominant strain. And a priori, without any reason for rejection, rabbinic Judaism should receive preferential authenticity. But the rabbinic voice may not be the only voice with access to the divine. Perhaps it is time for Jews to allow other models of Jewish behavior to serve as sources of authenticity for our time as well. To take an example that I have spoken about recently, historians have demonstrated the active participation of non-Jews in the ancient synagogue. This could serve as a model for one of the great dilemmas of our time.

My hope is that the change the Conservative movement’s change name will be more than a branding ploy, an attempt to change the quality of the movement by erasing a word that has come to be shunned. The search for authenticity may be like the peeling of an onion, and there may be no hidden truth lying at the core like a seed that germinates the whole. But there are a lot of layers to Jewish texts, the lives that Jews lead today and the lives they have led throughout history. Each of them should be critically examined in a serious search for what the continuing observance of Judaism brings to our lives.

About the Author
Joshua Kulp is Rosh Yeshiva of the Conservative Yeshiva in Jerusalem where he has been teaching for 20 years; His publications include The Schechter Haggadah, a critical commentary on the seder and Haggadah, and Reconstructing the Talmud: An Introduction to the Academic Study of Talmud; When he's not teaching, studying or writing, he's out there on the roads and trails, running and biking (and occasionally swimming). He lives in Modiin with his wife, Julie Zuckerman, and their four children, Yadin, Zoey, Anan and Rakia
Related Topics
Related Posts
Comments