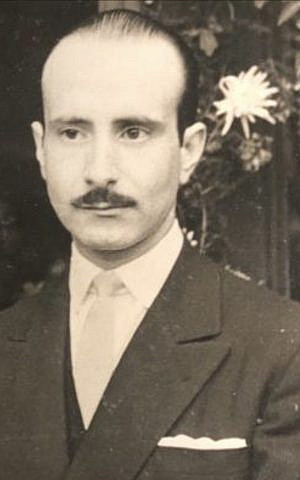 Last November, Lydia Ramis,  a retired entrepreneuse from Spain, visited Israel and asked to meet with the local staff of the International Raoul Wallenberg Foundation.

She wanted to tell us the awe-inspiring story of her father, Venancio Ramis Coromina. He was born in 1921 and passed away in 1999.

Ms. Ramis told us that in Christmas 2008 she discovered her father’s diaries which contained an intriguing and hitherto unknown insight into her father’s exploits during WWII. Her mother had died in 2006, and neither of the parents has ever hinted anything about this topic to their daughter.

The diaries were written between  1940-1945 and they were mostly written in codes. Lydia name them – “La ciudad herida” (“The wounded city”), in a clear reference to Barcelona in 1939, a devastated city following the Spanish Civil War. 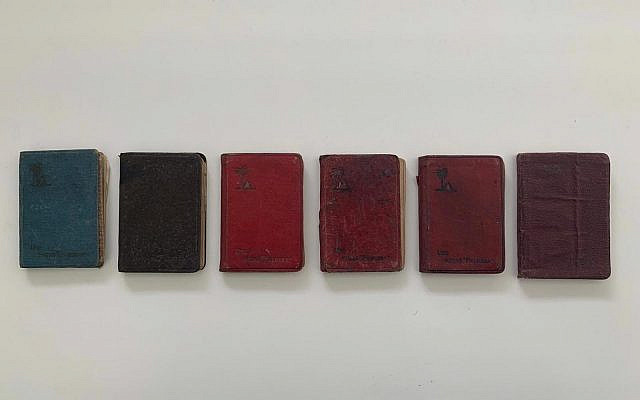 Barcelona was the venue of a number of courageous women and men who went out of their way to protect the lives of the incoming flux of Jewish refugees who crossed the Pyrenees, fleeing the Nazi occupation in France.

From Ramis’s diaries, Lydia could understand that her father, aged 19 at that time, was recruited by the British Consulate in Barcelona as a member of the Special Operations Executive (SOE), a British WWII organization created by Churchill’s government on July 22, 1940. Its aim was to conduct espionage, sabotage and reconnaissance in occupied Europe, as well as to provide aid to the local resistance movements. The Spanish  branch primarily dealt with the protection of the Jewish refugees who arrived in Barcelona from France, after crossing the Pyrenees from 16 evacuation routes. From the diaries, she also learned that his code name was “agent 430”. It is estimated that the local network  had 164 agents, all of them recruited in Catalonia and France.

The feats of the SOE agents have  recently been declassified by the UK authorities and Ms. Ramis, with the help of researchers, intends to  proceed with this research by examining the relevant files at the UK Kew Gardens Archives.

Venancio Ramis was a courageous young man who lost his father in 1937. As a 16 year-old boy he became an ambulance driver for the “Socorro Rojo” (International Red Aid), ferrying wounded and dead Republicans from the heavy bombardments suffered by Barcelona. Lydia believes that his direct encounter with the suffering of the victims prepared him to help the victims of the Nazi regime.

In the aftermath of the Spanish Civil War, he was recruited to the British Consulate and to the Red Cross  in Barcelona by his close friend, Dr. Isidoro Reyes Gaviño, the consulate’s physician. At the same time, Ramis started working as bookkeeper at Juan Vollmer & Cia, which at that time produced the famous shaving blades brand “La Palmera”.

Under the order of the British Consul in Barcelona, Harold Farquhar, Ramis undertook the risky mission of fetching the incoming Jewish refugees from Figueras, Girona, the Francia Train Station in Barcelona  and the beaches of Costa Brava, and take them to hotels, safe houses and other secret venues from where they followed their way to Portugal and Gibraltar en route to the United States.  The partners of the SOE agents were the Passeurs (Mountain Guides), who lived in the Pyrenees, mainly in Andorra. The crossing of the Pyrenees was extremely dangerous and oftentimes, people perished in the attempt and some where even betrayed by greedy Passeurs who turned them away to the Germans or the French Police.

While Spain was officially a neutral state, the Franco regime was known to be sympathetic towards the Nazis and the Gestapo branch in Barcelona had its headquarters near the British consulate, adding a clear and imminent danger to the intricate rescue operation.

She doesn’t know as to whether her mother was aware or not of her husband’s feats during the war, but Lydia claims that none of her parents have ever discussed this chapter in front of her.

In 1942, when Hitler organized the Final Solution, the Portuguese Sequerra brothers (Samuel and Joel) settled down in Barcelona under the auspices of the NY-based Jewish International Organization and from their headquarters at the Bristol Hotel they organize and giant support network to pace up the rescue of Jews. Ramis joined them from 1942 till 1945.

According to estimates, the Sequerra network saved around 1,000 Jews who arrived in Spain from the Pyrenees in deplorable physical conditions. Amongst them was the Baron de Rothschild.

Barcelona had another key venue, the Ritz Hotel, which was a nest of spies and agents from the Allies and the Axis. The Sequerra brothers held a high profile there.

It is difficult to ascertain the number of refugees who were saved by the Barcelona rescue network. According to the British Consulate, the number should be around 30,000.

Lydia has spent more than 2 years investigating the archives of Girona, Lleida, Barcelona and London, with the help of historian, researchers and her very good friend, Patricia Martinez de Vicente, whose father was also a British agent in Madrid and saved Jewish refugees there. She still has a long way to go in her efforts to reconstruct  the historical puzzle in which her father played a crucial role.

While in Israel, Ms. Ramis met with Yad Vashem authorities and discussed the possibility of having her father recognized as Righteous among the Nations. Obviously,  Yad Vashem requires testimonies from people who were beneficiaries  of Mr. Ramis’s aid.

I hope this article will help Lydia in her efforts to find such evidences. Here are some of the names of people who might have been amongst those who benefitted from his protection 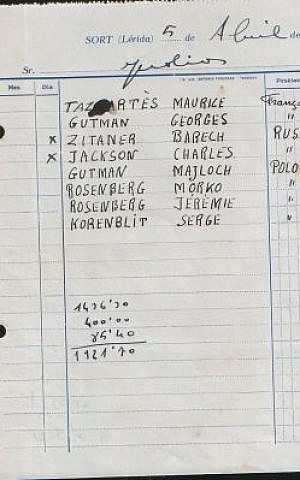 Names of people who might have been saved by Venancio Ramis
Photo Courtesy: Lydia Ramis

In the meantime, the International Raoul Wallenberg Foundation will follow-up on this interesting story.

From my personal experience, Ms. Ramis’s account is absolutely reliable and  I am confident we shall be able to shed more light into Mr. Ramis’s feats.