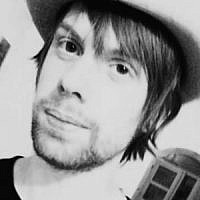 The Blogs
Adaam J. Levin Areddy
Apply for a Blog
Advertisement
Please note that the posts on The Blogs are contributed by third parties. The opinions, facts and any media content in them are presented solely by the authors, and neither The Times of Israel nor its partners assume any responsibility for them. Please contact us in case of abuse. In case of abuse,
Report this post.

Recently, a post written on Merez-Ra’anana’s Facebook page by City Council Member Adit Diamant called to boycott a local restaurant after its new owners had announced their plan to turn the place Kosher and close it on weekends. Hoping to galvanize her readers to “vote with [their] legs,” Diamant lamented the rising number of 5.5-days-a-week businesses (10% increase in the past year alone), as well as their impact on long-time residents who, in the litany of their sins, happen to be secular. Her post indeed caused a tumult, but not the kind she had intended. Facebook warriors from Left to Right took to the keyboards to decry what they viewed as an “asinine” and “shocking” attack on “religious freedom.” Cowed by the volume of online dudgeon, the Meretz page first watered down the original wording (“utterly refraining” from eating at the restaurant became “prioritizing to eat at other places”) and eventually removed the post altogether.

There is so much to this little story, spanning from the incoherent to the galling. In deference to brevity, I’ll focus on three issues. But before going any further, I owe a full disclosure: for this piece, I’m going to take for granted that the tyranny of any religion – whatever might our affinity to a particular religion be – is an evil. Surely there are fantastic arguments to be made in the contrary, and I would be delighted to engage them another time.

Right. So first: this might seem a minor point, but I have to wonder, what is it that makes us abhor the idea of a boycott so much? Why has it become so insufferable for people to allow their politics to inform their shopping habits? Deciding where and where not to shop communicates our preferences within a (supposedly) free market and allows the market to adjust accordingly. These preferences go beyond “sushi or pasta” and indelibly involve more ethical quandaries: Do we condone experiments on animals or not? Are we fine with venues underpaying their staff? Yet Dimant’s boycott wasn’t even so deep a dive into the realm of ethics. She wanted to tackle a direct grievance – the sinking number of places which serve heathens and heretics on a Saturday. By refusing to dine at the newly Rabbinate-approved restaurant, Diamant was hoping to signal to the market that weekend activity is a feature we expect of our eateries. Like bathrooms and basic hygiene.

Second, if we really are so skittish about ideology polluting our shopping decisions, why then are we so sanguine about the boycott that compelled the Ra’anana restaurant to cut service in the first place? When the Rabbinate functions as a Zagat for people of faith, businesses that don’t pass religious muster get boycotted. Yet to the same people so disgusted by Diamant’s one-woman protest, the mass boycott staged by Orthodox Jews against secular restaurants seems perfectly palatable. And make no mistake: both are boycotts, both penalize businesses for failing to accommodate certain ideological predilections, both use the market to shape reality (the difference is that of the two boycotts only one enjoys the blessing of our government).

Still for many a Merez supporter, it’s only Diamant, and not the religious boycotters, who’s guilty of intolerance. “A boycott against freedom of religion? You suck,” read a typical comment. Which brings me to my third point. In the eyes of her detractors, Diamant’s desire for a city that supports her secular lifestyle is perceived as vapid; in contrast, the faithfuls’ desire for a city that supports their non-secular lifestyle is perceived as something more authentic, meaningful and worthy of respect. That’s why one boycott gets scrutiny while the other gets a pass.

Undeservingly, religion never needs to justify itself. Secularism, on the other hand, seems to always be in debt of some self-explanation: Why must you have a gay pride parade in Jerusalem? Why must you have public film screenings on a Sabbath? Why do you need buses on holidays? For seculars to be considered religiously tolerant in this country, they must first give obeisance. Even in Merez, a tolerant secular is an obsequious one.

If tolerance means a resigned conceit that everybody in society, regardless of race, gender or affability, is entitled to irrevocable rights, freedom and dignity, then sign me up, wholeheartedly. Unfortunately, it turns out that the tolerance one deserves is commensurate with one’s piety. To this it’s high time we said – enough. Enough with secular humility. Religion doesn’t have a monopoly on dignity, nor does the Rabbinate on being a Jew. This isn’t a zero-sum game, but it is a battle – of ideas, of culture, of markets – and if seculars don’t grow a spine, stop apologizing for not running their lives according to a 3,000-year-old book, and finally get in the game, we will soon find ourselves outflanked.

Let the faithful have their boycotts, but let us have ours too. And if you still, in some morally emaciated way, think that’s intolerance – well, then to hell with tolerance.

Hebrew version of this post originally appeared on Haaretz.

About the Author
Journalist and musician. Twenty-something year old. Loves coffee and a good argument.
Comments