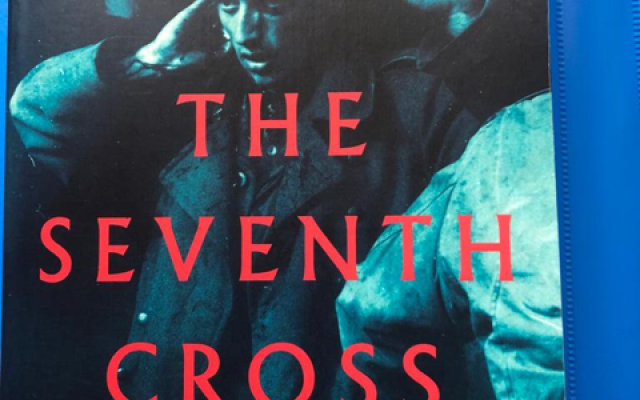 This book (translated from the German by Margot Bettauer Dembo) is not an easy, light-hearted read. Far from it. It describes in harrowing detail the experiences of George Heisler, who is one of seven men who have escaped from a prison camp somewhere in rural Germany. The year is 1935, and anyone suspected of opposing the Nazi regime is liable to be summoned by the Gestapo, arrested and sent to a prison camp.

Although the camps were not yet sites of mass murder on an industrial scale, the use of indiscriminate brutality was widespread. The seventh cross of the title was part of an arrangement in the camp whereby prisoners were punished by being nailed to crosses attached to trees and subjected to various sadistic practices by the men who ran the camp, leading ecventually to their death.

George’s escape route, a veritable Via Dolorosa lasting a week, takes him over the barbed-wire fence surrounding the camp, across the difficult terrain of the local countryside and along paths that intersect with villages and towns which contain people who may either help or betray him. George is a native of the region, so there are some people who know him and would help him if he came to them, while others who know him are too much in fear of the consequences to be prepared to extend a helping hand. His main problem is that he doesn’t know into which category any individual might fall. That is his constant dilemma.

Interspersed with graphic descriptions of the privations experienced by George are accounts of the course taken by the other escapees, all of whom are either captured or killed. The reader’s feelings are not spared when it comes to descriptions of the punishment meted out to those who are returned to the camp. The lives and emotions of the various individuals in the surrounding countryside are also described at length, and it is at times confusing as we try to disentangle exactly who and what each character is and where they stand with regard to George. But the general atmosphere is one of fear and suspicion, and that is the main point.

Alongside descriptions of a wide range of characters, we are also treated to a detailed account of the surrounding countryside, the activities of the various farmers and villagers, and the climate, with the ever-present mist rising from the nearby river, enveloping everything and determining what is seen and what is hidden. The female characters are mostly docile farmer’s wives or daughters whose main occupation is cooking, baking and tending to their household chores. The inner lives of the men who run the camps and are members of the Gestapo, the S.S. and the S.A. are also revealed to the reader with all their warped logic and justification of the unjustifiable.

Eventually one friend, motivated by their joint past as opponents of the Fascist ideology, undertakes to help George, even letting him stay in his home overnight. He arranges for George to be helped to escape the country, and it is with this that the book ends.

What is most amazing is that this book was written before the Second World War and published in 1942, when the was was raging, but the full extent of the Holocaust and all its attendant horrors was not yet known. It is not so much prescient as providing an accurate picture of the way terror and physical violence came to dominate the thinking and behaviour of people who would otherwise have continued to live peaceful and inoffensive lives, showing how an entire society could accept a perverted ideology and become subservient to the rule of terror and fear.