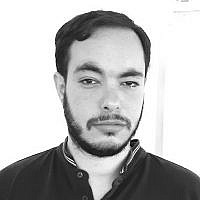 The Blogs
Niv Michaeli
Apply for a Blog
Advertisement
Please note that the posts on The Blogs are contributed by third parties. The opinions, facts and any media content in them are presented solely by the authors, and neither The Times of Israel nor its partners assume any responsibility for them. Please contact us in case of abuse. In case of abuse,
Report this post.

Last week was World Hepatitis Day. Hepatitis C is a virus which, untreated, can cause severe health problems, such as cirrhosis and liver cancer. With the development of new medications boasting a cure rate of over 90% in recent years, the World Health Organization has set its sights on eradicating the virus by the year 2030. The idea behind this goal is, of course, to save the lives of as many carriers as possible, but there is another consideration at play as well: treating carriers and preventing them from reaching the advanced stages of the disease is likewise an important objective for the public healthcare system.

And yet, according to data published by the Israel Prison Service (IPS) for the first half of 2017, of the hundreds of prisoners requiring treatment for hepatitis C, only ten to twenty were treated. This is the case even though the treatment is included in the basket of medical services covered by the countries HMO’s and the courts have repeatedly ruled that prisoners are entitled to equal treatment like the rest of the population. Based on statements by IPS representatives at Knesset discussions and legal proceedings, the main reason for this low figure would seem to be the high cost of treatment, which can reach about NIS 200,000 per patient. Despite the dire need to find a solution to this issue in order to provide the vital treatment to prisoner-carriers and further the public interest, the Ministry of Health and the IPS are shifting responsibility for handling the matter between them.

As part the IPS’s conduct, in trying to avoid providing the expensive treatment, it does not proactively screen prisoners for the virus, even though many of them have a history of intravenous drug abuse or come from countries in which the virus was highly prevalent and are therefore defined as high risk individuals under the guidelines of the professional entities involved in this area, including the Ministry of Health. The IPS says it follows Ministry of Health directives, and since the latter did not expressly identify prisoners as a population to be screened, it is not obligated to carry them out. Whereas the IPS hangs its inaction on not having received explicit directions from the Ministry of Health, the Ministry of Health says that it has no authority to set policy in prisons and that it does not issue directives to specific actors but to the Israeli healthcare system in its entirety.

With the Ministry of Health and the IPS shirking responsibility, the rights and health of prisoners are being seriously trampled. Furthermore, this also affects public health, reflecting the authorities’ short-sightedness. According to estimates, between 15%-30% of criminal prisoners are carriers of the virus, compared to a mere 2% in the general population. This translates into hundreds to thousands of prisoners in Israel who carry the virus, undiagnosed. Considering the evolving nature of the disease, which inflicts serious damage over years without showing symptoms, studies predict that the coming years will see a sharp increase—by tens of percent—in cases of cirrhosis, liver cancer and mortality among carriers. This is expected to weigh heavily, with considerable costs, on the public health system.

In 2016, the Ministry of Health announced the promotion of a national program to detect carriers within high risk groups, in addition to extending access to medication treatment within the health basket. However, without addressing the issue of diagnosis and treatment in prisons, these efforts will not suffice to stave off the pessimistic outcomes forecasted affecting society at large and to meet the target of eradicating the virus in Israel. The authorities, and foremost among them the Ministry of Health, must adopt an approach that views prisons as an opportunity to diagnose and treat a population that is not usually within easy reach for the healthcare system.

About the Author
Niv Michaeli is projects coordinator for the prisoners and detainees department of Physicians for human rights Israel.
Comments