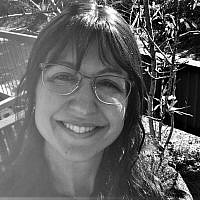 The Blogs
Gila Lowell
Apply for a Blog
Please note that the posts on The Blogs are contributed by third parties. The opinions, facts and any media content in them are presented solely by the authors, and neither The Times of Israel nor its partners assume any responsibility for them. Please contact us in case of abuse. In case of abuse,
Report this post. 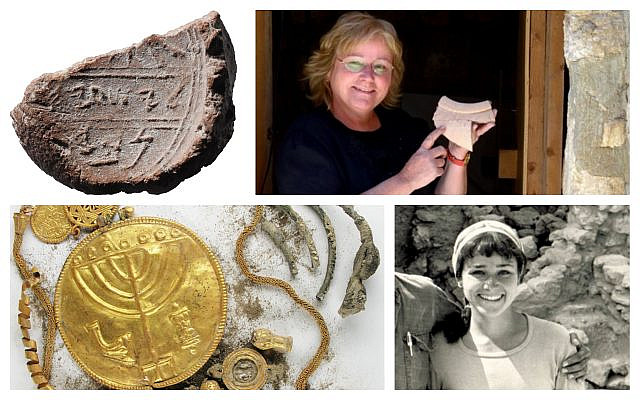 I’m sure we looked like a very strange pair; a Haredi woman in a sheitl sitting across from the eminent archaeologist Dr. Eilat Mazar, grilling her on her City of David excavations from the past 20 years. At first even she was a little surprised, but not fazed at all. For me, it was definitely one of those “pinch me, I’m dreaming moments” because I had amassed so many questions after following her career for a decade. She was someone I was intrigued by because she consistently defied definition. I hoped via this opportunity to finally solve that mystery. I failed.

What was so mysterious about Dr. Eilat Mazar? I asked how she could be an avowed atheist and dig for David’s palace? Especially in light of the fact, that the dominant trend in her field was to be skeptical of the Tanach’s (Bible’s) historical authenticity.

“I don’t believe it [the Tanach] is true — I know it is,” she said to me emphatically. “It interests me because I know that it is something that is inherently connected to me — I’m a Jew, living in Israel, speaking Hebrew daily. This is a text that is written in a language that I understand. Of course it’s important to my life. Still, I approach as a scientist. When I’m excavating and analyzing, I treat it from a procedural perspective, the same as I treat material from any other period, be it Greek, Byzantine, it doesn’t matter.”

She was always careful to pad her audacity with meticulous scientific method. Knowing full well how much skepticism awaited each find, and what a potential political powder keg every artifact could be, she ensured that her digs were done expertly, with no details overlooked and no hasty conclusions drawn. When publishing any find, she brought all the parameters, facts and figures surrounding the artifact, as well as all the arguments of probability both pro and con. Only then could she voice what she thought was most probable. She told me proudly that to that day, not one of her detractors had complained of sloppy scientific work. Even in their refutations, all they could do was quote her, since in everything she published, she already pointed out any existing problems with identifying something for certain.

A great example of this was when she uncovered the Yeshayahu (Isaiah) bulla — a broken piece of clay, one centimeter in diameter. It is a seal (or “bulla”) where the first legible word is “Yeshayahu.” Underneath that, only three letters are visible: nun, bet, yud — the first three letters of the Hebrew word “prophet.” I asked her if she thought this was the seal of the famous prophet. Her answer was consistent: “With the Yeshayahu bulla, it’s tempting to identify the second word as ‘navi,’ but the difficulties are immense.” And she launched into a meticulous list of all the grammatical and historical angles that precluded drawing this conclusion. Upon exhausting the topic, she said “Despite the challenges, if we’re speaking solely of probabilities: what are the chances, that it’s not Yeshayahu? One must ignore probability in either case — to believe that it IS him and just as equally to write him off,” she points out.

Just a glance at the facts confirms this. The bulla was found a couple of meters from the Hezekiah bulla, the seal of the biblical king of Judah, whose authenticity is indisputable since all the names are clearly written, the royal symbol appears prominently, and it was found in the correct stratum (layer of earth) when and where Hezekiah reigned, in the eighth century. Isaiah was Hezekiah’s most trusted adviser; Jewish sages even say they were family. “It is an insane coincidence to find a bulla that says the name Yeshayahu right next to Hizkiyahu, and for the letters underneath his name to be the first three letters of the word prophet and for it not to be him.”

She chose to dig in Jerusalem all those years ago for one reason — she wanted to find King David’s palace. When she began her excavation of the City of David, she drew an onslaught of scorn; it sounded unscientific to her peers. But what determined the objectivity of her mission was her total openness to the outcome. In archaeology, she explained, having a hunch and having a bias are two very different things. “You have a hypothesis that you want to examine and possibly prove — that’s legitimate. I could have just as easily found nothing and I would have to admit that. It happens sometimes — you have a hunch, you dig and dig and discover you were wrong.”

I asked her where she drew strength to continue and not just throw in the shovel. “Going home is not an option,” she said. “You cry a little and, yalla, wake up the next morning and say, ‘OK, what’s next?’ So many great scholars and archaeologists assumed the biblical account is historically accurate, like [Charles] Warren, Albright etc. — so why do I have to be apologetic for taking it as seriously as they do?”

It was this attitude of hers that molded me as a Bible scholar and teacher, despite being a Hasidic woman. Her impartial and courageous quest for the truth inspired me in my own excavations of the biblical text. I pray that up and coming archaeologists continue the work she started and perpetuate her legacy. Not because I have some vested interest in archaeology corroborating the Tanach, but because more than her discoveries, I think her unwavering commitment to truth was her greatest contribution to academia. She will be very sorely missed by many.

About the Author
Gila Lowell is a mother of 5 and has been teaching a wide variety of Torah-related topics via an interdisciplinary approach at Mayanot Women's Institute and several other seminaries over the past 20 years. She also makes sure to drag her students annually to museums to illustrate how understanding the cultural backdrop on which the Tanach (Bible) was written makes the text accessible.
Related Topics
Related Posts
Comments