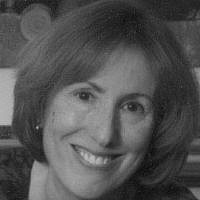 The Blogs
Darice Bailer
Apply for a Blog
Please note that the posts on The Blogs are contributed by third parties. The opinions, facts and any media content in them are presented solely by the authors, and neither The Times of Israel nor its partners assume any responsibility for them. Please contact us in case of abuse. In case of abuse,
Report this post.

The Israeli Emissaries at the Celebrate Israel Parade in New York on June 3. Photo courtesy of Cindy Mindell of the UJA/Federation of Westport, Weston, Wilton and Norwalk.

When the Young Emissaries program began 13 years ago, the Jewish Agency for Israel hoped it would connect Americans to Israel.

And, 166 Israeli teens have flown across the ocean through the years, volunteering for a year of service before entering the army. It’s part of JAFI’s Partnership2Gether to create personal ties between Israel and Jews around the world.

The Agency calls these “living bridges,” and they are there. American hosts have become like second families and promise to visit. The emissaries gain a new American sister, brother, or friend.

The Young Emissaries program is sponsored by the Jewish Agency for Israel and  SNEC (the Southern New England Consortium of 12 Jewish Federations). The emissaries come from the Afula-Gilboa region and serve for nearly a year in their sister Jewish communities in Connecticut and western Massachusetts.

From two teens in Westport, Conn. in 1999, the program has grown to 16 Israelis serving in eight communities. The teens work in pairs for about ten months, from August through June. The mission of the 18-year-old emissaries (shinshinim in Hebrew) is to educate people about Israel and Israeli culture. And, the program has become the flagship program for developing relations between the two countries, according to Sharon Reisman Conway, SNEC’s Young Emissaries program director. It has been copied in other communities in North America and London.

This past year, the emissaries worked in synagogues, schools (Jewish and public), on college campuses, and at Jewish events. They created and led Jewish activities with everyone from nursery school children to the elderly. Soon they will return home to enter the army as a whole new group of emissaries prepares to come and make its mark.

The smile on a little girl named Sophie was as  bright as the sun on the Jerusalem hillside when she saw her Israeli emissaries – Liron Yamin and Aviram Spies – outside her first-grade classroom last week.

“Yay, we get to see you now!” said the golden-haired 7-year-old at Carmel Academy, a Jewish private school in Greenwich, Connecticut, 45 minutes east of Manhattan. Once a week, Yamin and Spies visited Sophie’s class and others at the school. They played Israeli games with the children and taught them everything from Hebrew to Israeli history.

Outside Carmel Academy, Sophie lined up with the rest of her class in front of a few sticks an arm-length apart on the grass. As young as the children were, Yamin and Spies taught them an Israeli game older than the country itself.

“It’s a very special Israeli game,” Yamin explained to the children.  A first-grade boy named Moshe held on to his orange kipah as he hopped over the sticks.

“This is a game that every (Israeli) child goes through,” said Livia Bronstein, Moshe’s teacher. “This is what I played in Israel when I grew up.”

Yet it appears to take an 18-year-old full of youthful enthusiasm to bring Israel to America. Yamin and Spies filled two baking tins with dirty soapy water and handed Carmel’s seventh graders some towels and told them about the next race. The students’ mission was to drain the swamps, just like the Israeli pioneers did long ago.

From teaching about the pioneers of the past to talking about how to stand up for Israel in the future, the Israeli teens are forging connections. Especially with their host families. Yuval Oz worked in New Haven this past year. Her host mother and father, Paige and Andy Weinstein, truly believe that she is their daughter, and Shayna Weinstein, 16, sees Yuval as the sister she never had.

Mr. Weinstein wakes up and has coffee with his Israeli daughter before they go to work. “They talk about Israeli politics or whatever,” said Mrs. Weinstein. “You would not know that this is not our child.”

Mrs. Weinstein and Shayna have girls’ night once a week with Yuval. They call them “glida” nights, for the Hebrew word for ice cream. They sit on the couch together, watch the TV show Glee, and eat ice cream.

At the end of this summer, when Yuval flies back to Israel, Mrs. Weinstein said she will be devastated. “I’m going to feel like my kid is going off to college, except this kid is not coming home for the holidays.”

Asaf Ron founded the emissaries program in Israel after serving as an adult shaliach with his family in West Hartford, Conn. in 1998-2001. Ron said that since he started the program, the number of people who are visiting Afula-Gilboa is way up. Mrs. Weinstein and her daughter Shayna have never been to Israel but will visit Yuval next summer.

Ron’s daughter, Gal, was an emissary in West Hartford last year. In the middle of September, her father will look for new twelfth-grade students interested in working in America in 2013-2014. Between 70-100 Israelis may try out. Ron said he looks for Israeli kids who are friendly, have good interpersonal skills, and are calm and mature. The ones he finds are the cream of the cream, he said.

The teens who are selected go through months of training, covering everything from how they identify themselves (Jewish? Israeli? Zionist?) to the cultural differences between the U.S. and Israel. The Jewish federations in the host towns pay the emissaries’ expenses and a small monthly stipend.

On Thursdays, Yamin and Spies played games with a group of 4-year-old nursery school students at Temple Sholom in Greenwich and then led discussions over at the Israel Club at Greenwich High School.

One afternoon, after a journalist named Rula Jebreal (author of Miral, the story of a Palestinian girl in East Jerusalem) had spoken to the school about the Israeli-Palestinian conflict, Israel Club students expressed their frustration at the lies they heard Jebreal tell  their peers about Israel.

The media bias against Israel was the reason Noa Ben-Ami signed up to leave her friends and family and become an emissary. She wanted to stand up for Israel. Yamin, too. “I had to do something,” Yamin said, and the program offered her “an amazing platform.”

The exchange works both ways. While teaching Americans about Israel, the Israeli teens learn what it’s like to suddenly be a minority in America, and about American Jews.

For example, Avital Goshen’s parents were Russian Jews. Even though they made aliyah to Israel, Goshen said she’d never been to a synagogue service before coming to America, or celebrated a Passover seder. Coming from Russia, her parents never knew what to do.

In America, Goshen began to see that there were different choices for religious observance. Unlike Israel, it was not all (ultra-Orthodox or Orthodox) or nothing (secular). In America, Jews could choose something in-between, and belong to a Reform or Conservative synagogue. “There are ways of observing that allow greater equality for each gender, and they appreciate that and learn from that,” said Conway.

This past year, six out of the 16 Israeli teens celebrated their bat mitzvah in America. They read from the Torah for the first time, something the girls could not do in Israel.

In May 2011, an emissary named Aner Shofty celebrated his bar mitzvah in front of his Greenwich host families and his mother, Roda.

At his bar mitzvah, Shofty explained that when his father died of leukemia before he turned 13, he lost his faith in God and didn’t want to have a bar mitzvah. Coming to America and working with American Jews, he found his faith again. And, he wanted to finally celebrate that important milestone he had missed.  So wearing a tallit and in a room bursting with love and pride from his American Jewish community, Shofty opened the Torah scroll, chanted the ancient blessings, and begin reading the sacred words within.

When Yamin arrived last fall, she heard something she had never heard before – American children singing Hatikvah. Yamin started to cry. ‘It shows American kids saying, `We’re here and we’re with you and you’re not by yourself,’” she said.

According to Ron, Israel can survive without American money. But it’s the political and ideological support that is still so important.

And Americans turned out in the thousands this past Sunday, waving Israeli flags and cheering the Israeli emissaries as they marched behind the Jewish Agency float in New York’s annual Celebrate Israel Parade. American host families – such as  Andrew Cohen and his son Austin, from Congregation Shir Ami in Greenwich – marched past the throngs of onlookers. Spies led the crowd in the singing of Shalom Aleichem and in cheers of “Yisrael! Yisrael!” Yamin danced with her friends down Fifth Avenue, amazed at the incredible support for Israel.

A man held up a sign along the way. “Israel We stand with You.”

Ben-Ami and Salman played a slide show that concluded with three words.