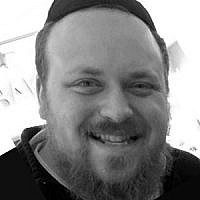 The anti-Israel groups would have you believe that if Israel would just release the taxes owed to the Palestinian Authority, all would be right with the world, the PA wouldn’t sponsor terrorism and Gaza would become the “Hong Kong of the Middle East.”

Even more confusing is the same groups blaming AIPAC for funding Israeli State-sponsored terrorism. This gem is from HumanityForPalestine.org 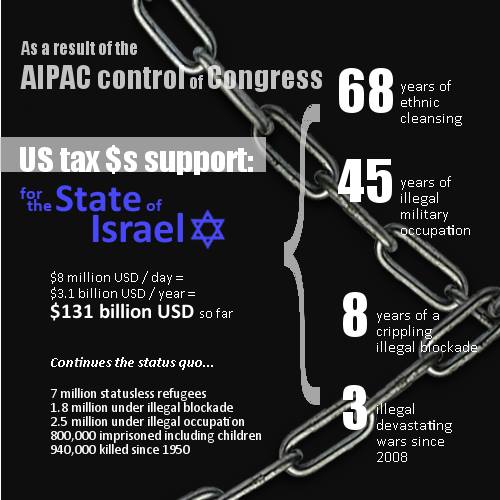 1) 68 years of Ethnic Cleansing: An impressive run if I ever saw one, or the most inefficient killing machine in the world. Instead of focusing on the myriad of actual ethnic cleansing in the world i.e; ISIS vs. Yazidis, ISIS vs. Coptic Christians, Assad Regime vs Population, it decides to focus on the most open country in the Middle East, where Muslims, Christians, Jews, Copts can all hold office, vote, buy land, build businesses, without fear of retribution of any type.

2) 45 years of Illegal Occupation: First and foremost, if historical fact serves anyone right, the world community declared the so-called “Occupied Territories” as legal Israeli-owned land. Once it was declared Israel, the War of Independence happened and it didn’t regain control until 1967, when it took it back from Jordan, who had ILLEGALLY obtained it from an aggressive war, breaking all of the International Laws now being thrown at Israel.

3) 8 Crippling Years of Blockade: Out of curiosity, would anyone do business with a bully? Would they stop any threat towards themselves in any way possible? I know I would. Israel agrees with me. Should Hamas act “for the people” and not as terrorists, things could get back to normal.

Which brings me to a little side note: These taxes go to pay terrorists, shocking, I know. They go to build tunnels, pay terrorists in jail, build bombs. They do not go to pay the state workers, as Secretary of State John Kerry would have you believe or to keep its infrastructure working, as pointed out by Evelyn Gordon, who wrote about basic needs, such as keeping a hospital running, not being provided by the Palestinian Authority, but still able to pay for jailed terrorists.

And yes, we know that the US still pays Israel, but do they forget that the Palestinian Authority also gets funds from the US, Israel, Europe and Iran? So do, please, enlighten us how Israel is the bad guy?

“If the Palestinian Authority ceases or were to cease, security cooperation – or even decide to disband as a result of their economic predicament, and that could happen in the near future if they don’t receive additional revenues – then we would be faced with yet another crisis that could also greatly impact the security of both Palestinians and Israelis,” Kerry said. “And that would have the potential of serious ripple effects elsewhere in the region.”

The veiled threat of John Kerry is that the Palestinian Authority will disband if they don’t get the money. Perhaps the money should be followed and accounted for first?

As well, where are these groups when discussing blockades from Egypt, Gaza’s other neighbor, who has systematically cleared houses on the Rafah border, killed terrorists, destroyed terror tunnels and continue the sea blockade in conjunction with Israel?

The real question that should be asked to all of these groups is where is the accountability for the Palestinians actions? When is it OK to run people over, lob thousands of rockets across borders, murder Men, Women and Children, without any retribution? Instead of being held accountable, they are pandered to, like children. They are given a slap on the hand and told not to do it again.

The moral clarity between the two is clear to me, what I can’t figure out is why it isn’t to them?

About the Author
Simon Springer is a strong pro-Israel advocate. He has blogged for IsraelNationalNews.com, TimesofIsrael.com and is the proud owner of SupportingOurIsrael.com and Dateline: Israel on Facebook/ @DatelineIsrael on Twitter. When he is not reading incessantly about Israel, he works in the Kosher Food Business, reads voraciously, and is married with two beautiful daughters.
Comments