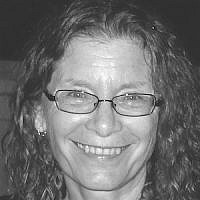 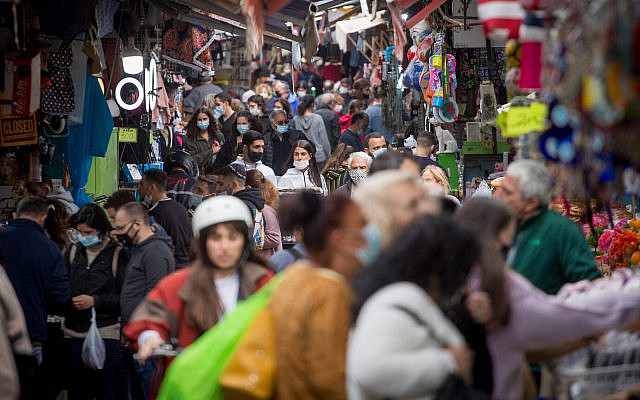 Last Thursday, an hour or so before sunset, I was on my way home from the Carmel Market, aka Shuk HaCarmel, in Tel Aviv, where I had picked up a few items for my tiny new palace on Tchernichovsky Street (I moved from Tsvi Brok Street, which no one has heard of, to Tchernichovsky, which no one can spell :-}). Things had gone easily, no drama or adventure, to the point where I was beginning to wonder how I’d gotten through a day in Israel without incident.

On the lookout for a metal, foot-pedaled, black trash can, I thought I’d stop by the “guy-who-never-smiles” housewares store on King George. As often as not, Avram, the glum-countenanced proprietor, is nowhere to be found, leaving the store open and unattended, sometimes for long periods, while prospective buyers stand around commiserating on the owner’s unexplained disappearances. But yesterday, to my surprise, there he was! Spotting the perfect trash can on a high shelf, I was about to ask him to get it down when, for no clear reason, he lost his temper and began to bawl me out.

As a non-confrontational person, I’m never ready for someone to get angry. Hebrew makes it harder, and I had to ask Avram to repeat whatever he was shouting a few more times (AKA Please yell that one more time, a little slower?). Finally, glaring at me over his glasses (I’ve never once seen him actually look through them), he pointed to the items in my shopping bag.

“You must have paid at least 15 shekels for that!” he cried, indicating the dish drain I’d gotten at the shuk. “I sell the same one here for 7 shekels!” He paused to gaze heavenward in frustration. “And that,” he scoffed, poking my new dust broom with an angry finger, “…at least 12 shekels at those places! Here you could have gotten it for 9!” How he knew I’d been at “those places” was a mystery. He was also right about the prices, and had I been less terrified, I might have asked how he knew all that. Instead, I could only babble, “Oh my gosh — so sorry — I had no idea!”

Rather than appeasing Avram, this only fueled his fire, inspiring another irate lecture. I changed my tactics, insisting that this unfortunate occurrence was the result of my being a hapless sucker from America, and swearing that I would never again even think of going to the shuk without checking with him first. At last the tirade was over. Although he continued to aim dirty looks at my dust broom, he said nothing more, just stood there, panting and despondent.

In my experience, once Israelis let off steam, they don’t hold a grudge, so I announced that I was ready to buy the trash can. “Just a minute,” he gestured. Navigating his way through the baskets, baking pans, toilet brushes and dish drains, he arrived at the middle of the shop. Here he began flinging irrelevant items out of the way until at last he located what he was looking for, and from the rubble extracted another metal, foot-pedaled black trash can. It was the twin of the first, only shiny. He set it on the counter next to the first one. “Which do you like, the shiny or the not shiny?” I couldn’t decide. “Which do you like?” I asked. Avram looked at one, then the other. “I don’t know. It depends on your taste,” said he, rather sagely, I thought. He waited, silent, patient, though no doubt he was rooting for the shiny one. “I guess I’ll stick with the first one,” I apologized. Resigning himself to my lack of appreciation for the finer things, he merely shrugged, then carried the shiny reject back and tossed it into the debris.

I schlepped my bundles home, installed the trash can in its place of honor in the bathroom, and, as I generally do with my inanimates, tried to come up with a name. This one was obvious.

Avram truly does enhance the décor.