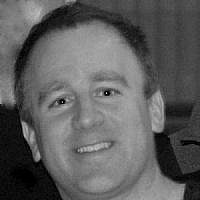 The Blogs
Dan Weiss
Apply for a Blog
Advertisement
Please note that the posts on The Blogs are contributed by third parties. The opinions, facts and any media content in them are presented solely by the authors, and neither The Times of Israel nor its partners assume any responsibility for them. Please contact us in case of abuse. In case of abuse,
Report this post.

Back in May, the Anti-Defamation League (ADL) published the results of a comprehensive global study of anti-Semitism. They polled 53,100 people from countries spanning the globe asking whether they endorse 11 common stereotypes about Jews. According to their findings, 26% of respondents endorsed 6 or more items, reaching the ADL’s criteria for being considered anti-Semitic. Based on these findings, the ADL (rather liberally) estimated that there are 1.09 billion anti-Semitic adults worldwide.

While many viewed the results as sobering, my initial reaction was more optimistic. After all, 74% of participants did not cross the threshold to be considered anti-Semites. Using the same calculus as the ADL, that scales up to roughly 3.07 billion adults. Not too shabby. In the history of the world, there has never been any other time with so much Semite-tolerance. I say this with confidence as the human population only hit 3 billion people (in total) in the early 1960’s, and judging by the university quotas still in effect at that time in the United States, the oppression of Soviet Jewry, and the wars in the Middle East, they certainly had their fair share of anti-Semites. Now there are 3 billion adults in the world who don’t qualify as anti-Semites. So why not celebrate the 74%?

Fast-forward two months from the ADL study, and my “glass three-quarters full” image of unprecedented tolerance has been shattered. As Israel is embroiled in yet another conflict, the reactions from around the globe have been grim. In France, Jewish neighborhoods, businesses and synagogues have been ransacked without consequence, as though Marshal Pétain himself had risen from the grave. The chant of “Death to the Jews” once again echoes on the streets around Europe, Turkey, and beyond. The war in Gaza has provided a pretext for unbridled animosity, revealing that the world’s “oldest hate” is apparently alive and well.

So, I wonder what happened to that 74%? For starters, it is worth noting that the ADL may have been a tad stringent in setting the standards for who can be considered anti-Semitic. Their criteria might have found better use as an entrance exam for the Gestapo. Think I am exaggerating? Here is a list of beliefs that a respondent could endorse and still not be considered anti-Semitic: Jews are responsible for most of the world’s wars; Jews have too much power in international financial markets; Jews run the business world; Jews control the media; and Jews are hated because of how they behave. That’s lovely. Did the ADL place Mel Gibson in charge of data analysis?

So, the ADL findings are a rough cut at best. Nevertheless, I think the results firmly suggest that there are more adults in the world who do not hate the Jews than those that do (at least outside the Middle East). So why has the response to the resurgence of anti-Semitism been so muted, save for a few hollow proclamations?

I believe the answer is twofold. First, of course, is the war in Gaza. It is quite unpopular, particularly among liberals (according to recent polls). I think there is an illusion that denouncing the protests will unwittingly lead to the perception of supporting the Israeli operation; or worse, supporting the current Israeli regime more generally. The second reason for silence is likely fear. It takes a lot of guts to stand up to hooligans and potentially enter the crosshairs of an angry mob.

Nevertheless, time and again it has been claimed that being anti-Israel is not equivalent to being anti-Semitic. The implicit message has been that the former is legitimate while the latter is frowned upon. If this is true, then it is incumbent on citizens and governments alike to confront overt acts of anti-Semitism and to protect the safety of Jewish citizens around the globe with more than just lip service.

I’ll close by noting an irony related to the ADL poll. One of the 11 stereotypes that respondents were asked to endorse was whether they believed that Jews are more loyal to Israel than the countries they live in. Yet, if the basic rights of Jews are not guaranteed in other countries, who could blame them?

About the Author
Dan is an associate professor of psychology at Penn State Unviersity. He also blogs on the Huffington Post and PsychologyToday.
Comments