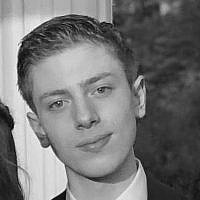 The Blogs
Cole Knie
Apply for a Blog
Please note that the posts on The Blogs are contributed by third parties. The opinions, facts and any media content in them are presented solely by the authors, and neither The Times of Israel nor its partners assume any responsibility for them. Please contact us in case of abuse. In case of abuse,
Report this post. 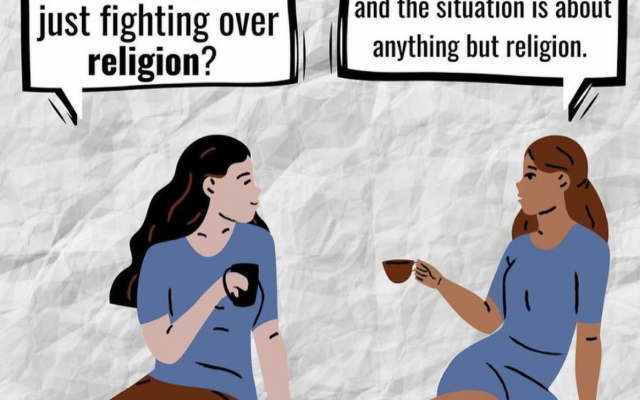 Though Israel just claimed victory, Hamas is winning the battle for the minds of America’s activist youth.

It’s no secret that college-age activists would rather repost something that reinforces their worldviews than do their homework. It’s in character for a generation that values hours behind a screen and loathes hard work. Geopolitics is no exception, and a disinformation campaign packaged as activism during the 2021 Israel–Hamas crisis is one of the most egregious deceptions that college students have fallen for.

Preying on the ignorance of its viewers, the infographic as a format has become a powerful tool for spreading inflammatory lies about Israel that obstruct peace in Israel and harm Jews in the diaspora. Though this trend is not unique to anti-Israel propaganda and has been on the rise for the past year, the impact on how this generation views Israel is especially disturbing as there’s no policy goal; it’s solely about delegitimizing the Jewish state.

The danger in accounts like @impact and @soyouwanttotalkabout is that they spread complete lies while presenting their content as hard news. While there are a number of accounts dedicated to spreading misinformation, these two stand out with their massive followings of 1.6 and 2.1 million followers, respectively.

These followers feel it is their duty to parrot the lies these accounts feed them: after all, it’s in the name of justice, and what kind of person would stand in the way of justice? @soyouwanttotalkabout has gone out of its way to coerce viewers into taking political stands through guilt and social pressure: it’s manipulative at best, brainwashing at worst. These accounts prey on both the good intentions and laziness of Western youth to spread their blatant lies, knowing they won’t be held accountable by the outrage machine.

When @impact cites their sources — something they rarely do — they lean on Al Jazeera and AJ Plus, which have both been discredited as propaganda funded and controlled by the Qatari government. In order to promote Qatari foreign policy interests, AJ plus, an offshoot of Al Jazeera, frames itself as an advocate for social justice despite Qatar’s numerous ongoing and appalling human rights violations, including slave labor.

@impact cites AJ Plus in alleging that Israel committed a war crime by destroying a Gaza high-rise housing The Associated Press and Al Jazeera. Activists were right to be outraged, but their anger should have been directed at Hamas for putting journalists at risk by occupying the high rise and committing double war crimes by indiscriminately launching thousands of rockets at and from civilian areas. Many rockets launched by Hamas have failed and killed Palestinian children, but the outrage machine is silent.

A post shared by so you want to talk about… (@soyouwanttotalkabout)

@soyouwanttotalkabout and @impact both accuse Israel of ethnic cleansing; this just isn’t true. Palestinians have been offered a state on numerous occasions, but Palestinian governments have consistently rejected establishing a state, and half of Palestinians want all of modern-day Israel under the control of Palestinian rule.

Israel is not ethnically cleansing the Palestinian people: the Palestinian population in Israel, Gaza, and the West Bank grows at a whopping 2.4% annually while the Israeli population rises by 1.4% annually. Israeli Arabs make up 20% of the Israeli population with equal rights to their Jewish counterparts. They hold seats in the Knesset, while Hamas is committed to genocide against all Jews, and the Palestinian Authority has made it capital punishment to sell land to a Jew. Unlike the governments of Gaza and the West Bank, Israel allows ethnic minorities to serve in the Israeli Knesset and wield political power: Israeli Arab MK Mansour Abbas leads the Ra’am party and has been described as a kingmaker with the power to dictate the composition of Israel’s next government.

It’s also worth noting that, unlike traditional media, @impact has no credibility or accountability: @impact couldn’t be bothered to spell antisemitism correctly and stated that Palestinians have the right to speak over Jews about antisemitism despite a past of hypocritically pressuring its followers to always “listen to marginalized people.”

The accusation of ethnic cleansing coupled with the claim that Jews and Arabs coexisted in the British Mandate of Palestine is especially offensive as Jews have been ethnically cleansed from nearly the entire Middle East. Attempts to ethnically cleanse Jews from the then British Mandate of Palestine are no exception and contributed to the decision to partition the land. The attempt to brand this as state-sanctioned ethnic cleansing rather than the complex geopolitical conflict it is is an attack on reality. The truth of the matter is that Hamas started this conflict, launched thousands of rockets at Israel, hid their weapons in population centers, and encouraged beheadings of Jews. Stating otherwise is deceptive but in character for a generation that has been indoctrinated by so-called “activism.”

About the Author
Cole Knie is a sophomore at The George Washington University studying International Affairs and Computer Science. He has worked in political consulting and software development, and is pursuing a career in cybersecurity and security policy.
Related Topics
Related Posts
Comments