Let me begin by saying that I am against gay marriage. Therefore, I am certainly against gay couples raising kids. I see a gay couple no differently than an incestuous couple whereby a brother is coupled with his sister. I do not approve of their relationship from both a religious and emotional point of view.

However, as much as I am against gay marriage and by default, gay parenting, I am even more opposed to abortion. Or as I like to call it — ‘baby killing’.

So if a gay couple can save a baby’s life, so be it. It is a better outcome than a Jewish baby’s life being killed. 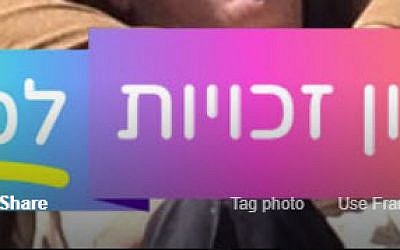 A law passed by the Knesset last week eased surrogacy regulations but does not allow gay couples to have a child using a surrogate mother inside of Israel. This ruling set off a crap storm on social media and led to a nationwide ‘strike’ whereby gays, lesbians and everything in between refused to show up at their place of work on Sunday. It should be noted that gay couples can still use a surrogate mother outside of Israel to harbor their child.

If nothing else, this nationwide protest highlights one important thing….There is a serious demand for babies in the state of Israel. And although the exact number remains unknown, the fact that the ruling set off such a nationwide controversy, shows us that a lot of people in Israel want babies…badly.

In a country with such a high demand for babies, Israel has one of the world’s most liberal abortion laws whereby women ages 20-33 are entitled to abortions for free. Unfortunately, 20,000 unborn babies a year suffer from this phenomenon.  Haaretz reported that according to a recent health ministry report, the 99 babies are aborted for every 1,000 live births. The study also noted that there are currently 9 abortions for every 1,000 women of fertility age who give birth.

The solution to both problems is a no-brainer. Couples looking to raise babies who cannot have them should partner with pregnant women looking to get rid of their babies. Adoption is a far more moral and ethical solution to abortions. And gay couples raising these children is a better outcome than is killing them. Every baby should enjoy the right to life. Furthermore, every potential mother should be aware that there is a viable alternative to killing their babies. If you believe that gay couples should have the right to raise a child, you should also agree that those same children have the right to life.