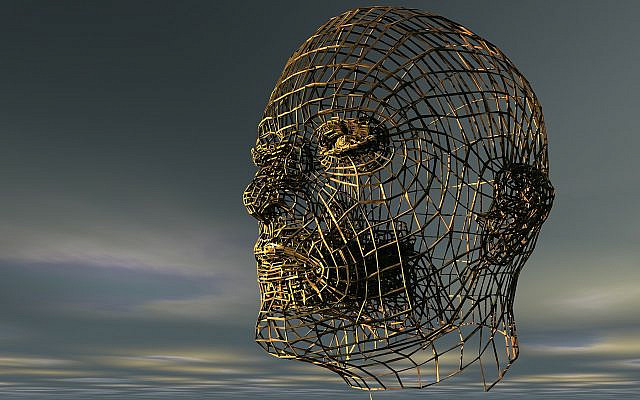 In this 3-part mini-series we will discuss the five Hebrew words for the “soul.” In Part 1 we discussed the different etymologies of the words Nefesh, Ruach, and Neshamah; in Part 2 we discussed the functions of the Nefesh, Ruach, and Neshamah; and in Part 3 we will discuss the role of the Chayah and Yechidah, as well as their etymological basis. In doing so, we will better understand how these five words are not merely synonyms. Rather, each word has its own unique meanings and implications.

In the Creation narrative, the Bible uses the term Nefesh in conjunction with sea-life, birds and land animals (Gen. 1:21-30). When describing the creation of Man, the Bible reports that G-d blew into Man’s nostrils a Nishmat Chaim, which made Man into a Nefesh Chayah (Gen. 2:7). Targum Onkelos famously renders the term Nefesh Chayah in Aramaic as Ruach Memallala (“a verbal Ruach”). Either way, in these two passages Chayah/Chaim enters the lexicon as a term for the “soul.” Rabbi Chaim of Volozhin (1749-1821) in Nefesh HaChaim (2:17) calls the Chayah “the Neshamah of the Neshamah.” In many sources, the Chayah is paired with the Yechidah. In this essay we will seek to understand what exactly the Chayah and Yechidah are, as well as the etymological basis for those words. We will also explore the differences between them and the Nefesh, Ruach, and Neshamah.

In Cheshek Shlomo, Rabbi Pappenheim traces the words Chayah/Chaim to the two-letter root CHET-YOD, which means “life” (chai). He understands that the two-letter root CHET-VAV is an extension of that biliteral root that also means “life.” This connection is likely due to the interchangeability of the letters VAV and YOD (for example, hayah means “was” in Hebrew, while havah means “was” in Aramaic; see also Rashbam to Num. 21:14 and Ibn Ezra to Amos 5:5). As a result of this, Rabbi Pappenheim explains that the verb chaveh (Ps. 19:3, Iyov 32:17) refers to “speech,” because verbalizing something “gives life” to an idea which hitherto existed only in thought. Adam’s wife was named Chava (“Eve”) because she was the mother to all “life” (Gen. 3:20). A “farm” is called a chavah (Num. 32:41) because it provides life and sustenance through its products. [Rabbi Aharon Marcus (1843-1916) connects the word Chayah to hayah (“was,” “existed”), explaining that “living” denotes the most complete form of “existing.”]

In Yerios Shlomo, Rabbi Pappenheim traces Chayah to the monoliteral root represented by the letter CHET. He explains that that letter denotes “rest,” “peace,” “harmony,” or “lack of strife/contradiction.” In that sense, he explains, Chayah recalls “life” as a state of equilibrium among all the components of one’s body. Life can exist only when all those components co-exist with one another.

As Rabbi Pappenheim has it, the word echad (the number “one”), which refers to something singular and unique, and the word yachad (“together”), which is a “single” unit comprised of sub-units who joined to become one, are both derived from the CHET-DALET root. Rabbi Pappenheim also explains the etymological basis of the word chad/chidud (“sharp”) as stemming from the fact that the brunt of its force focuses on “one” point. As a corollary to this meaning, Rabbi Pappenheim explains that a chidah (“riddle”) is called so, because it requires one to sharpen one’s mind and harness all of one’s mental energies towards the resolution of “one” question.

With Rabbi Pappenheim’s explanations in hand, we can better appreciate how Chazal explained the function of the Chayah and Yechidah. The Midrash (Ber. Rabbah 14:9) says that Chayah refers to the transcendental nature of the soul that continues to “live” when the physical body dies, while Yechidah refers to the “uniqueness” of the soul, in that it is man’s only limb that has no counterpart. These perceptions clearly allude to the etymological bases for the words in question.

The Vilna Gaon (1720-1797) in Aderes Eliyahu (to Gen. 2:7) writes that Chayah refers to the overall holistic life-force, like what we have seen above. He further explains that man — as he stands now — does not have a Yechidah, but in the future, in Messianic Times, man will have a Yechidah. Rabbi Yeshayahu Horowitz (1555-1630), author of Shnei Luchos HaBris (Shelah), similarly writes that not everyone can be cognizant of their Chayah and Yechidah during their lifetimes. Only those who are Bnei Aliyah (“upwardly mobile” people in a spiritual sense) can merit connecting with their Chayah-Yechidah.

Rabbi Alexander Sender Shor (1660-1737) explains that an ordinary person has a Nefesh, Ruach, and Neshamah, but some people have more than that and some have less than that. He explains that a prophet — who attains the pinnacle of spiritual awareness — has the added elements of Chayah and Yechidah. In the opposite direction, when a person sins, he “kills” a part of himself, which causes him to lose his Neshamah. And if he continues to sin, he eventually loses his Ruach as well, such that he is left with only a Nefesh, like an animal.

Rabbi Yaakov Yehoshua Falk (1680-1756) presents a different model for understanding these five parts of the soul that we have been discussing. He explains that the first three components which make up the soul are given to man at three different stages of life. When a child is first conceived and can start moving around in utero, it receives its Nefesh. Afterwards, when a child is born, he or she receives their Ruach. Finally, when the child begins to nurse, he/she receives their Neshamah.

Rabbi Falk then explains that Chayah is not something bestowed to every person. Rather, once a person reaches maturity (i.e. post-puberty), then the repeated performance of mitzvahs and allowing one’s Good Inclination to guide oneself, readies one to receive a Chayah. When it comes to the highest level — Yechidah — Rabbi Falk writes that no human being was ever able to receive it during their lifetime, except for Moses. But, he notes, those who are perfectly righteous are able to receive a Yechidah after their deaths.

Rabbi Yitzchak Karo (1458-1535) — an uncle of the more famous Rabbi Yosef Karo (1488-1575) — writes that the five names of the soul can be explained with two different models. He relates to them as powering different parts of one’s body, or (like Rabbi Falk) as referring to different times in a person’s lifecycle.

Rabbi Karo writes that if one views the five words for the “soul” as powering different parts of the body, it should be mapped as follows: The Neshamah powers one’s head and brain (nervous system), the Chayah powers one’s respiratory system, the Yechidah powers one’s hands (which make man unique amongst the animal kingdom because other animals have natural weapons, while man’s hands allow him to defend himself with a whole arsenal of weapons), the Ruach powers the heart (circulatory system), and the Nefesh powers the legs (ambulatory system).

Alternatively, Rabbi Karo cites a tradition that these names for the soul correspond to five different stages of life (similar to Rabbi Falk’s model). When a baby is first born, his soul is called Neshamah, because that is when he first begins to breathe. When one reaches the age of 10 years old, his soul is called Ruach, because he is now imbued with a Good Inclination that helps him fight off his Evil Inclination (see Prov. 18:14). When a person reaches the age of 20, the battle that rages on between the Good and Evil Inclinations calms down a bit, such that his soul is now called a Nefesh, which is an expression of “rest” or “respite.”

From the age of 30 until 40, a Jew’s soul is called a Chayah, because he can be assumed to have performed so many mitzvahsthat those merits serve as the basis of his life-force. Rabbi Karo explains that the battle between the inclinations continues until one reaches the age of 40, when his Evil Inclination can be almost completely subdued. From that age until a person’s demise, his soul is called a Yechidah, because one’s Good Inclination is there “alone” without the Evil Inclination thwarting its efforts.

Rabbi Reuven Chaim Klein’s books and lectures are available on Amazon and elsewhere on the internet.

After citing this model, Rabbi Karo actually slightly differs with this tradition, dividing the five time-periods as spanning from birth to 13, from 13 to 25, from 25 to 40, from 40 to 60, from 60 until death — but the same basic idea is there. (Special thanks to Dr. Shaul Regev for sending me the relevant sources from his edition of Rabbi Karo’s homilies.)