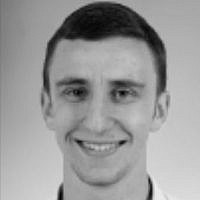 The shofar appears many times in the torah in a variety of circumstances. The most famous reference to the shofar is the commandment to hear the blowing of the shofar on Rosh Hashana (Bamidbar 29:1). Another well-known verse describes the shofar being sounded at Mount Sinai on the day the Jewish people received the torah (Shemot 19:19). There is also a mitzvah to use the shofar to declare freedom for the slaves during the jubilee year (Vayikra 25:10). Additionally, the shofar was blown in the desert to announce that the Jewish people were to break camp in order to continue on their forty-year trek.

Is there any connection between the different usages of the shofar? Indeed, we mention many of the above pesukim in the Rosh Hashana liturgy. In addition, quite a few halachik details of the shofar blowing on Rosh Hashana are derived from the other shofars mentioned above (see Rosh Hashana 33b-34a). So then what is the common theme that connects Rosh Hashana, Mount Sinai, the jubilee year and the desert journey?

The concept that connects these stories and commandments is liberty. During the jubilee year all of the slaves were set free, “proclaim liberty throughout all the land”. The shofar was sounded to declare that the slaves were free from their bondage. The giving of the torah was meant to signify our discharge from Egyptian enslavement, as Chazal noted “אל תקרי חרות אלא חירות” . Each stage of the long journey to the land of Israel was also meant to bring us one step closer, from the ultimate bondage of Egypt to the climactic freedom of being an עם חופשי בארצנו. The sound of the shofar proclaims imminent liberty and freedom.

What about Rosh Hashana? The Rambam writes that the sound of the shofar is meant to awaken us to do teshuva. Who has the ability to do teshuva? Only a person who is free. This is why the Rambam breaks in the middle of hilchot teshuva to lay out the fundamental principles of free-will. If a person’s soul is not free, he therefore cannot change his inner-character. Only once we establish that man can choose between good and evil, between right and wrong, then we can say that man has the ability to change. The fact that teshuva is predicated on freedom leads the Midrash (quoted by R’ Yonah, Shaarei Teshuva 1:1) to compare teshuva to escaping from prison.

When we stand in silence and listen to the blare of the shofar, we must liberate ourselves from the doubts that shake our self-confidence. We need to free ourselves from the pessimistic attitude which voids any attempt at self-improvement . We must declare freedom for ourselves.

If we are successful in our teshuva, we will soon hear the sound of a different shofar. The shofar which will announce eternal liberty from all of our worries and sorrows. We will usher in the shofar of Moshiach. That is why in our daily prayers we plead to God

Sound the great shofar of freedom.

About the Author
Yaakov Wolff is a soldier in the IDF. He made Aliyah from Boston to Beit Shemesh in 2007. Before joining the army he studied in Yeshivat Kerem B'Yavneh. He holds a degree in Middle East Studies from Bar-Ilan University.
Related Topics
Related Posts
Yaakov Wolff
Comments